The COVID-19 pandemic has brought many challenges to the world. Add to these employment scams.

A recent study by the Better Business Bureau found that, with millions unemployed in the United States and Canada, job scammers have a ready market of those looking for work. Not surprisingly, complaints and reported losses increased during the pandemic, and with more people currently wanting to work from home, the door is open to even more scams.

The BBB reports that an estimated 14 million people are exposed to employment scams every year, with $2 billion in direct losses annually. Job scams have long been a staple of scam operations. While they were once commonly found in classified ads claiming people could work at home doing such things as stuffing envelopes or assembling goods, along with making promises to provide jobs such as working for the Postal Service, those scams are now far less common.

Now, a new generation of scammers advertise jobs on the web and social media, or reach out to those who have posted resumes on job boards. Along with these changes come an increased risk of identity theft. They also have resulted in a big increase in scams that involve reshipping goods purchased with stolen credit cards.

Other common scams promise jobs but provide victims with counterfeit checks, asking them to send money to a supposed third party for equipment to perform the job.

“Job Scams are a serious problem, and we urge job seekers to exercise extra care when applying for jobs. However, the best way to combat this or any other scam is through awareness and education. Simply knowing how these scams work could prevent you or someone you know from falling victim” said Monica Horton, BBB Spokesperson, BBB of North Central Texas.

The BBB study examines how common these frauds are, who they are most likely to affect, how they operate and how to avoid them. Of particular concern is the risk of identity theft, jobs that require reshipping goods purchased with stolen credit cards or helping scammers in other ways, and scams that involve fake checks.

“Scammers are like rabbits, they keep expanding – and they’re successful, or else they wouldn’t keep doing it,” said Steve Baker, author of the study for the BBB and a retiree from the Federal Trade Commission.

“More and more younger people are falling for them. They’re putting more information out there,” Baker said.

Women accounted for 66.7% of complaints. There is no evidence, however, that they are targeted more by scammers.

“I just think they reach out more,” Baker said. “Scammers don’t care where or who you are.”

Also among the victims in the study, 54% were unemployed, 25% had full time jobs, 50% were looking for full time jobs, 28% were seeking flexible jobs, 10% wanted part time, and 32% did the work but were never paid.

Several folks in the Metroplex shared their stories about being scammed:

Teneisha Ewing was among those looking for a job from home.

“I was reached by email stating my resume’ was forwarded to them and wanted to set up an interview with me. They made it seem like I got the job and stated that I needed to get gift cards and sent them to vendors so my equipment would be mailed to me after they sent a fraudulent check for over $3,000 to get the gift cards.”

Baker explained, “Anyone who sends you a check and wants you to send money to someone else, it’s almost always a scam. The bank will usually cover you for the initial amount when you deposit it, but when it comes back bad, the bank wants their damn money back.

“And anyone who wants you to receive goods and send them on, it’s almost guaranteed to be a scam. They don’t pay either, plus you might have the FBI at your door.

“I actually talked to a guy in Dallas who got caught in one of these. He did this for the better part of a month and never got paid. I don’t think he knew what he was involved in.”

Katrina Bankhead was simply hoping for a loan to help her in a challenging time.

“I applied for a loan and was for $250. They said it would be deposited on the next day. Well, it never was deposited, and the next day I noticed someone used my card info to order electronic stuff. Every time I called them to see what was going on I was told someone would call me back. They never did. So now I have to have my bank do an investigation on the charge and wait for a new card.”

The study showed that many of the scammers targeted their victims using the website indeed.com (32%), while a distant second was Linkedin.com (7%), followed by Facebook (6%), Careerbuilder (5%), with Zip recruiter and Craigslist came in at 3% each.
Bogus interviews are also prevalent, the study discovered. For example, victims are often contacted by email or text message. They report that they have applied for several jobs online, and thus often believe that the contact is a result of those efforts. They then often have a cursory interview online.

The BBB Institute report found that these were often done on Zoom, Skype, or Google Meet. But many victims stated that even when they did video conferences, they often could not see the face of a real person.

Often the “employer” asks for a variety of personal information. One of the riskiest types of data to provide, of course, is bank account information, supposedly so that the scam employer can directly deposit the new employee’s pay.

The report revealed the largest number of victims believed that they were being hired by Amazon and Walmart. Amazon states that it posts all job opportunities at Amazon jobs and doesn’t require anyone to purchase equipment or pay initiation fees. It has warnings about job scams using its name. Any customer who receives a questionable email, call or text from a person impersonating an Amazon employee should report them to Amazon customer service.

Almost all Walmart complaints involved mystery shopping scams. Walmart reports that all jobs it has available can be checked out at its website. They advise the public to only trust emails that are from walmart.com; wal-mart.com, or samsclub.com.
Other job scams to be on the lookout for include:

How do scammers regularly get away with what they do?

“First, scammers are really good. This is what they do for a living. They have an answer for everything, they’ve thought of every angle,” he said. “They are like a magician. There’s a catch, and as long as people don’t know how it’s done they can keep doing it. Once the trick is revealed, it’s obvious how it’s done.”

Scammers can be stopped, however. It starts by helping each other be on the lookout.

“Talk to friends, family, maybe you can really help them. I think we can do a lot and make
a difference,” Baker said. “These people do get get caught. I think more criminal enforcement and working together will definitely help.” 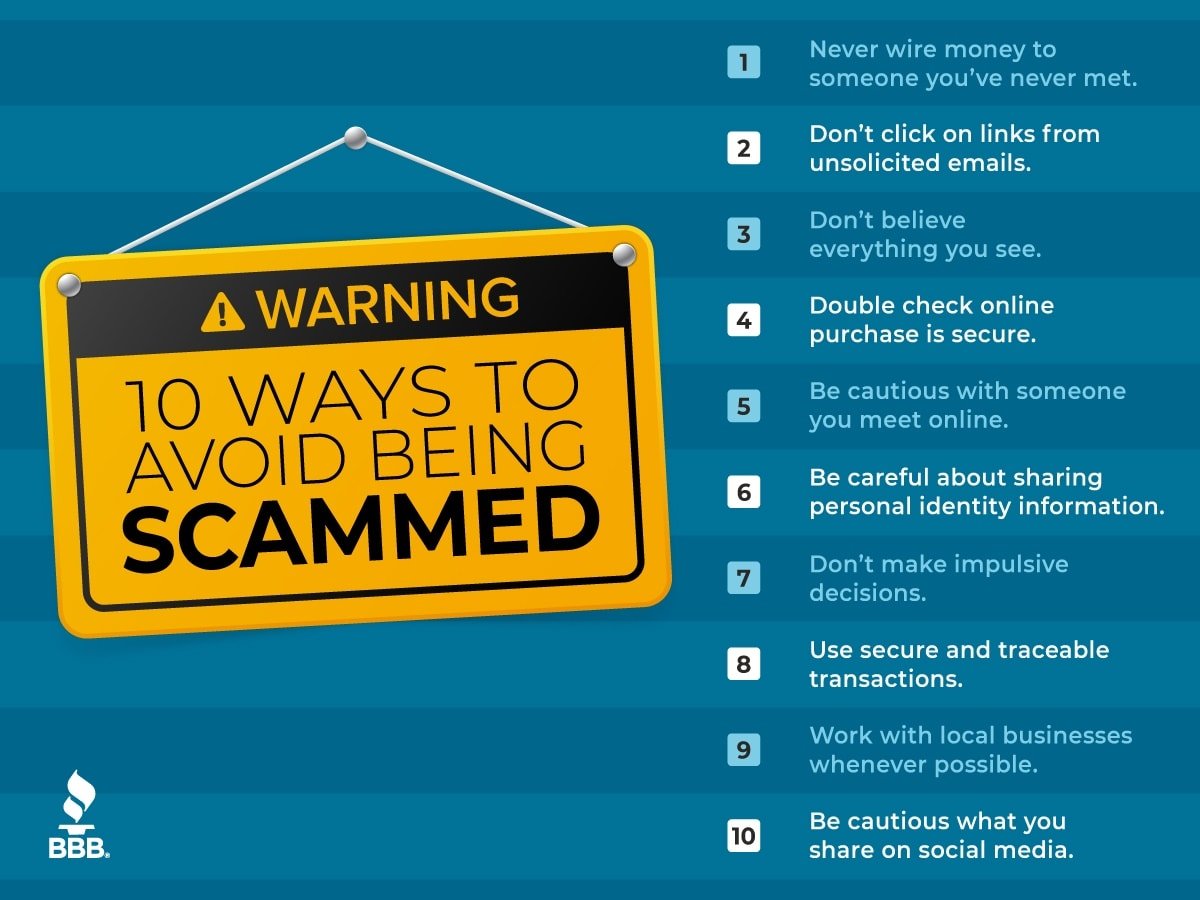 BBB recommendations found in the study include:

And, Baker added, “A lot more people should complain. Don’t be embarrassed, be mad,” he said. “Get this stuff into the database so they can be found and caught.

“I had a scam rip me off a few years ago. Believe me, they can get anybody.”