Cameron MacKintosh’s new production of Andrew Lloyd Webber’s “Phantom of the Opera” brings the music of the night to the Music Hall at Fair Park Dec. 19. The much loved musical will be presented by Dallas Summer Musicals and Broadway Across America through Jan. 6, 2019.

With newly reinvented staging and stunning scenic design, this new version of the musical is performed by a cast and orchestra of 52. This makes “Phantom” one of the largest productions on tour in North America.

Quentin Oliver Lee has been seen on Broadway in Prince of Broadway as well as the national tour of Porgy and Bess. His regional and opera credits include Festival of The Lion King (Scar), Encores! Golden Apple, La Bohème, Carmen and Gianni Schicchi.

Eva Tavares hails from Vancouver, BC and trained at the UBC Opera Program and the Banff/Citadel Theatre Professional Training Program. Credits include the world premiere of Sousatzka, West Side Story and A Little Night Music.

Trista Moldovan played the role of ‘Christine Daaé’ in the Brilliant Original Production’s historic 10,000th performance on Broadway. She has also been seen on national tour in White Christmas, Bridges of Madison County and The Phantom of the Opera.

Andrew Lloyd Webber said, “Having received great critical acclaim in the U.K. and North America, I am really pleased that Laurence Connor’s new production of PHANTOM will continue to tour the U.S. playing in tandem with the Broadway production which just celebrated 30 years at the Majestic Theatre.”

Cameron Mackintosh said, “With PHANTOM still the reigning champion as the longest-running production on Broadway after 30 phenomenal years, with no end in sight, I’m delighted that this spectacular new production of PHANTOM has been as well-received in the U.S. as the brilliant original. It has already been seen by over 3.7 million people across North America since it opened in November 2013. With an exciting new design and staging, retaining Maria Björnson’s amazing costumes, the new PHANTOM is thrilling audiences and critics alike all over again. With the production continuing to be such a success, we are delighted to welcome our exciting new stars to keep the music of the night soaring for many years to come.”

Based on the classic novel Le Fantôme de L’Opéra by Gaston Leroux, THE PHANTOM OF THE OPERA tells the story of a masked figure who lurks beneath the catacombs of the Paris Opera House, exercising a reign of terror over all who inhabit it. He falls madly in love with an innocent young soprano, Christine, and devotes himself to creating a new star by nurturing her extraordinary talents and by employing all of the devious methods at his command. 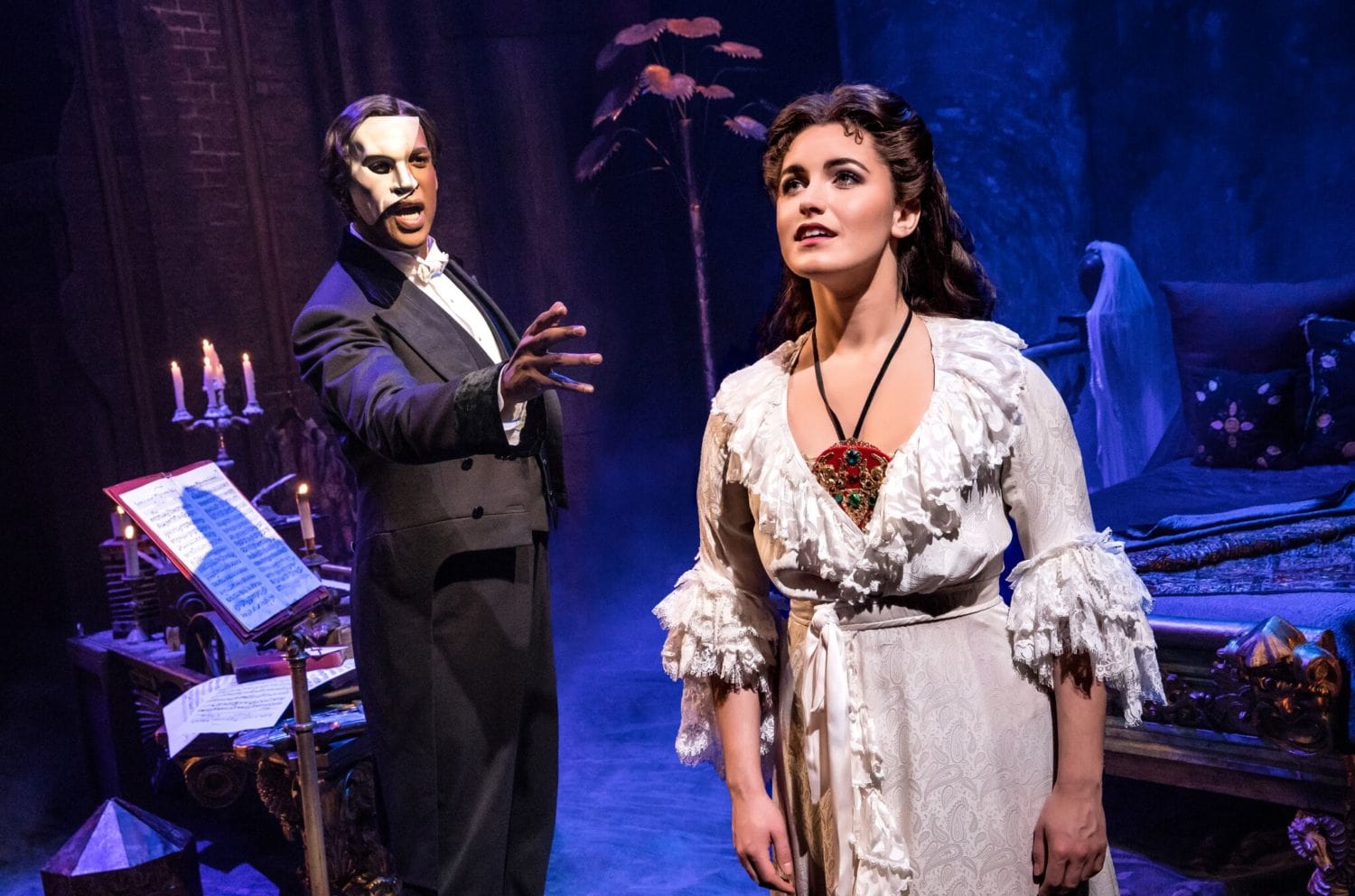