Is Being Assigned Table 19 Worse Than The Kids Table?

Table 19 is a fun romp of a romantic comedy film. It stars an unlikely group who find themselves seated at a table filled with the “Rejects” at a wedding reception. As Eloise (Anna Kendrick) phrases it, the way-back table is for “those people who should have known better than to respond yes to the wedding invitation.” They were only expected to send a nice gift.

As the longtime best friend of the bride, Eloise has been demoted to ex-maid of honor after being jilted (by text message) by the best man (Wyatt Russell). He is the brother of the bride, so his new girlfriend (Amanda Crew) is now the new maid of honor.

Eloise decides to attend the wedding anyway, primarily to see if she still has feelings for her ex. Seated at Table 19 with an assorted group of strangers, Eloise learns some fascinating information about her table mates.

The Players AKA Wedding Guests

Craig Robinson plays the owner of a struggling diner inherited by his wife (Lisa Kudrow). She is unhappy with her husband because he spends all his time working and the romance has gone out of the marriage. Stephen Merchant plays an affable loser and ex-con who embezzled a lot of money from the groom’s father.

June Squibb is Nanny Jo, who took care of the bride and her brother when they were children. She is thrilled to have been remembered and invited after all these years of no communication. Tony Revolori plays a socially awkward, dorky misfit. His overbearing Mom convinces him to attend the wedding reception to find a date.

This film isn’t likely to appear on any awards list but it is a lot of fun. The goofy adventures of the table mates at “Table 19” may not linger on your mind for long after you see the film, but they will leave you with a smile on your face.

The Fox Searchlight Pictures film is rated PG-13 (for thematic elements, sexual content, drug use, language and some brief nudity). “Table 19” is directed by Jeffrey Blitz (who also wrote the script) and opens March 3 in limited release. 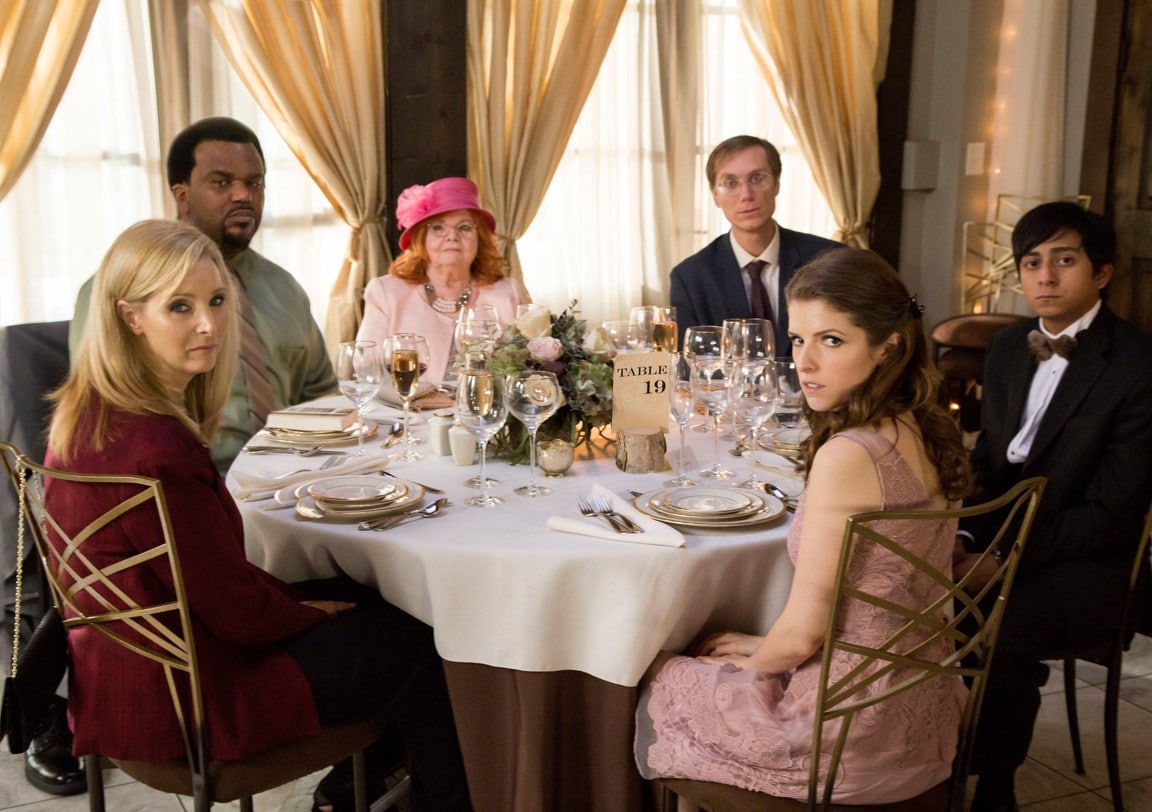