Home Commentary South of the Border – Down Mexico Way 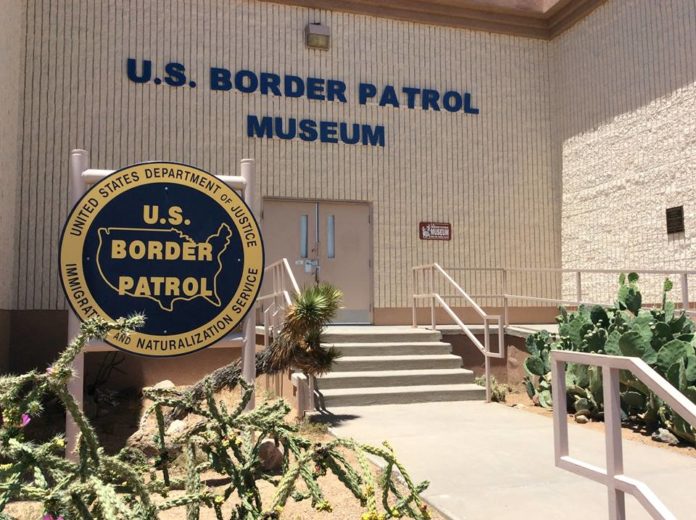 It started off with a trip along and near the Rio Grande, with stops in El Paso, Presidio, Marfa, Fort Stockton, Alpine, Lajitas, Sonora, and Terlingua. Major focuses were to be food-restaurants, Halloween/Day of the Dead, history and local events.

Spurred by our visit to the museum, I decided to find a Border Patrol Agent and to interview him-her about the current perils along the border.

Next to the last day of our seven-day pilgrimage, out in the middle of the desert loaded with cactus, sage brush and hundreds of other moving creatures, sat a small, cantina-like grocery store. And on the front porch of the cantina, two border patrol agents were seated at a table, having their lunch.

Without an announcement or invitation I sat down quickly by them. Just as quickly, right hands settled on their guns. I introduced myself as a writer who just wanted to get some impressions about the border situation. Not a word was said. One officer was a young Latino man, the other an older, 40-ish Anglo. For this column I will refer to them as Anglo and Latino.

No one said a word, but at least they had removed their hands away from their guns. They just continued to sip their Grape Nehis while hiding behind their sunshades.

“Hear you fellows been mistreating the poor Mexican immigrants trying to come to America for a better life,” I stated with all the self-righteous indignation of any writer from The New York Times or a CNN correspondent.

The Latino took off his glasses and started to speak, but Anglo shook his head. Again silence, but Latino was turning red and his lower lip was quivering.

“Okay fellows! This is the deal. My name is Caussey and I grew up working in the cotton fields of West Texas. I write for some small papers across the country. And I think the American people have a right to know how things are down here along the border. I love this country and have done well because of the blessings given me. Now I’d like to ask you some questions about the border that only you can answer. Just tell me the truth.”

Latino started to speak, but Anglo gently slapped the table and said, “Okay but it has to be off the record. No names, it could be our careers and involve our safety.”

“Well, just how bad are things down here?” I asked. “Bad,” they said in unison. “And getting worse,” added Latino.

“Tell me what you can about the border situation,” I asked.

“First,” said Anglo, “the American people need to decide what they want, do they want us to enforce the law or just pretend?”

“We cannot overcome this outside threat unless we have the support of the American people,” added Latino.

“The bad guys like the division. They want us fighting against each other. They also know that if America doesn’t enforce her laws, then our days as a nation are numbered,” said Anglo.

“Well, there are places like El Paso and Big Bend that are relatively safe. El Paso because the population is so pro USA and they believe in the letter of the law. People were either born here or got here legally, and want all who come here to do the same. Local, state, and federal governments have a large enforcement presence and work well together. So not many problems in the El Paso sector. Big Bend is just that. Miles and miles of desert, cactus and mountains. Too hard for illegals to get across,” said Anglo. “But there is the rest of the border, and that is the problem. One sector in Arizona captured 19,000 illegals in just a one month period. And the San Diego section is really bad.”

“That sector was my first assignment,” said Latino, “before I transferred here. Hordes in the hundreds wait for nightfall, then all rush the border at once. We capture maybe 10%.”

“Sure you want to know?” came the reply nearly in unison.

“Pass laws that say everyone for whatever reason needs to come through a port of entry. If not and you are caught, back you go to your home country. Home country pays for the travel costs. Must first apply six months earlier for entry while in their home country before arriving at the border. Must present an official ID, immunization-health records, and work or skills record,” Anglo said.

“Wait, wait, you are going too fast,” I said, raising my hand.

“Without these documents, you are immediately sent back at home country’s expense. Any country allowing undocumented immigrants through their country without attempts to stop them will be fined $10,000 for each individual applying for amenity or residency,” Anglo said.

“What about the US military on the border?” I ask.

“Military more than welcome, except they need to be armed. The bad guys are already armed,” said Latino.

Just about all the customers had left the store and only my car and the officers’ two trucks were left out front.

As they got up to leave, Anglo leaned over and said, “I spent two years working the border in New Mexico. I found or confiscated grenades, every kind of weapon imaginable, Arabic instructions on infiltrations, pictures of power plants and official buildings, and lots of other things.”

“Say guys, who did you vote for president?”

They just smiled and headed towards their pickups.

Just as I got back to my car, Latino pulled around and stopped. I went over to him and leaned through the open front passenger window. “Trump! Everyone I know voted for Trump,” he said.

Durhl Caussey writes a column read in communities from coast to coast. He may be reached at this paper or dcaussey@sbcglobal.net.