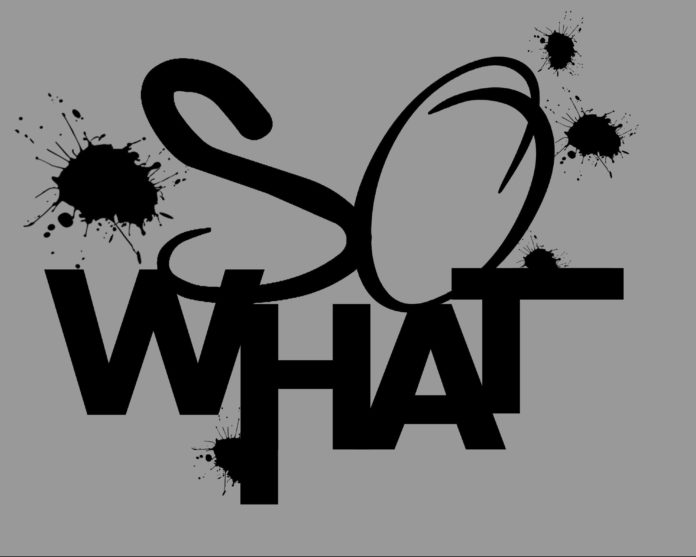 DESOTO—Just in time for Foster Care Awareness Month, Incentives for Kids, Inc is unveiling a new campaign to encourage area foster children called, “So What?”

Delinquent. Orphaned. Troubled. Aggressive. Neglected. These are all words used to stereotype and confine youth in the foster care system. Imagine growing up surrounded by kids who live with their parents and who have people that they can call mom and dad, but you have to go home to people who are there to help out but it’s not exactly the same. Youth can begin to feel really self-conscious – like an outsider.

And these aren’t things that are happening in some far off place. These are affected children right in our own backyards. In the North Central Texas region alone there are more than 10,000 children in foster care … 4,010 of which reside in Dallas County according to the most recent polls from the Texas Department of Family and Protective Services.

“Thousands of children in Dallas County are in the foster care system. And a great number of them live in a private hell. This self-induced shame is unrealistically associated with being a foster kid,” explains Kentria Arkansas. “I want to tell them there is no need to be ashamed and I got your back!”

Incentives for Kids Inc. is a DeSoto based non-profit organization that was lead by Kentria Arkansas, a child advocate and mentor for over fifteen years Over the years, Arkansas has dedicated her life to serving children in the juvenile systems, foster care and group homes. Those experiences led her to adopting four boys of her own.

The SO WHAT? brand seeks to encourage not only foster children but parents and supporters as well. While caring for youth in the foster system often it can be a pretty thankless endeavor. Incentives for Kids, Inc. wants youth and parents alike to know they have a support system.

“Growing up in the system can be difficult for a number of reasons. But being repressing your own identity as a foster youth because of others’ lack of exposure to the term is absolutely ridiculous,” says Arkansas.” It feels like you can’t truly be yourself. You are constantly trying to conform out of fear of being ostracized, so you leave out this big part of yourself and end up being incomplete as a person.”

Recently in related events, Attorney General Ken Paxton this week presented oral arguments before the U.S. Court of Appeals for the 5th Circuit. Paxton says he is optimistic Texas will prevail in its fight to preserve landmark changes to the state’s foster care system enacted in 2017.

In January, the U.S. District Court in Corpus Christi ordered two court-appointed special masters to oversee the Texas foster care system for three years. The two masters spent two years and $1.4 million taxpayer dollars, only to produce a plan that fails to improve the realistic operations of the foster care system.

“We successfully demonstrated the absurdity of the lower court’s ruling to the 5th Circuit. The ruling by an unelected federal judge who misapplied the law, hijacked control of our state’s foster care system, and ordered an ill-conceived plan by the special masters that is both incomplete and impractical,” Attorney General Paxton said.

“The directives from the lower court would reverse the progress Texas has made since the Legislature made reforms to the foster care system last year. Responsibility for determining policy priorities and implementing best practices lies with the legislative and executive branches of government. I’m optimistic that the 5th Circuit will recognize that and correct the lower court’s error.”

Among other issues, the special masters’ plan would cap the number of children currently in foster homes and potentially uproot them from their placements. Foster homes would have to decide which children to uproot from their homes. Case workers would also be laden with administrative work. Instead of maintaining their focus on children in the Texas foster care system.