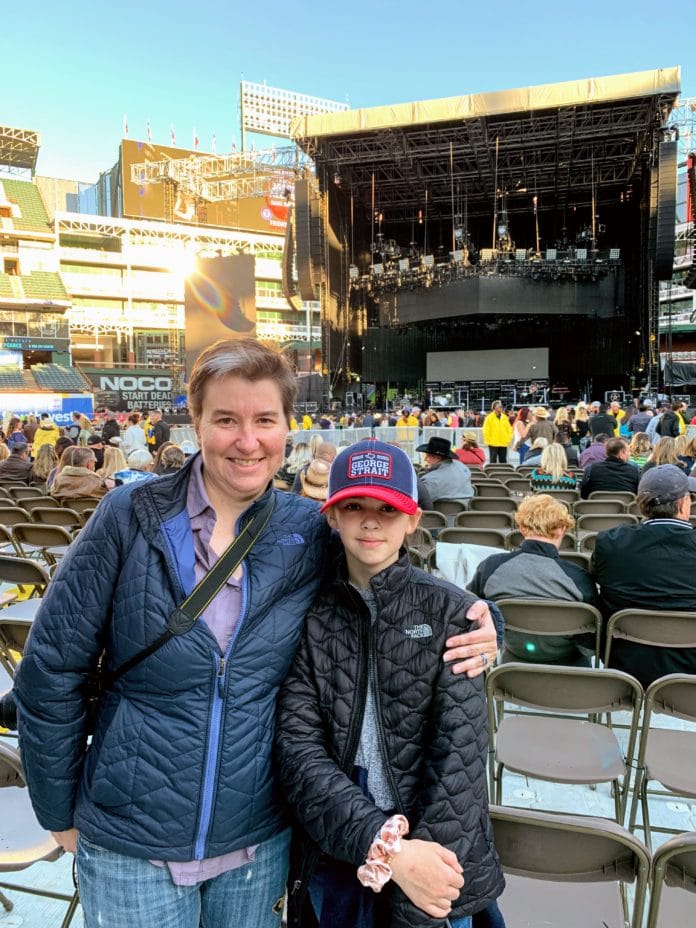 “Mom, are we doing anything fun for my birthday tomorrow?”, my soon to be eleven year old asked. My matter of fact response, I have a surprise planned. I might have buried the lead. I was taking her to her first concert and the final country concert at Globe Life Park in Arlington. After school, I told her to change into jeans, cowboy boots and grab her jacket. And then I casually mentioned, we’re headed to see Jason Aldean.

Again, I didn’t tell her I was also photographing the concert or that her favorite artist, Kane Brown was opening for Aldean. I’m not sure there’s a better way for a Texan to spend a birthday than watching a live country concert in a ballpark.

When Carly Pearce took the stage, Globe Life Park was still fairly empty. Concertgoers were either stuck in the infamous DFW traffic, or pre-gaming nearby. They missed Carly warm up the crowd as she sang a few of our favorites including “Every Little Thing” and “If My Name Was Whiskey”. From her ear to ear smile and energy level, it’s clear the new “Mrs. Ray” loves performing live.

By the time Kane Brown came out, the stadium was packed and almost everyone was on their feet. My daughter was singing word for word to Brown’s “What Ifs”. Meanwhile, I was wishing I was 2-3 feet taller as I tried to get photos over the crowd. Kane’s interaction with the crowd and humble attitude makes him easy to fall in love with. I’m obsessed with his song “Good As You”, but my favorite moment of the night was singing along with “One Thing Right”. My daughter and I locked arms and sang “But I got one thing right”, together as the night turned cooler. 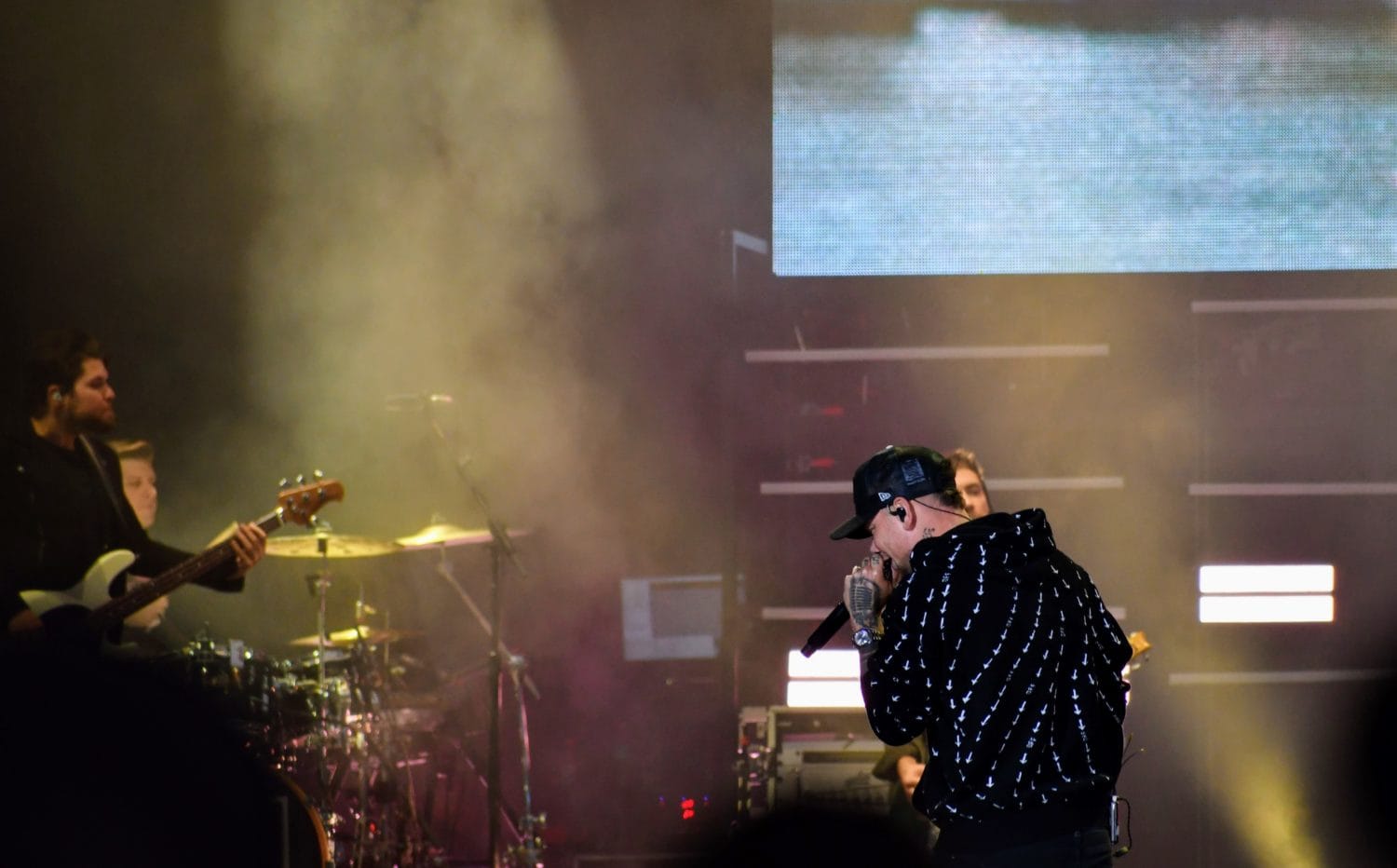 It was closer to 8:30 when Jason Aldean hit the stage with his Ride All Night tour. Despite the chilly weather, the crowd was warmed up and ready to match Aldean’s high energy performance. We were in the never-ending line for the women’s restroom when Aldean opened with “Take a Little Ride”. Note: if they sold a FastPass or VIP line for restrooms at concerts/events, I would totally be on board!

Globe Life Was A Crazy Town & Aldean Was Mayor

Aldean was performing “Crazy Town” by the time we got back to our seats and the stadium was packed, the fans were amped. Colder air moved in, the full moon rose above the ballpark, but Jason and his band kept us entertained. We two stepped in the aisle, snapped selfies, and sang along with our favorites. Unlike some artists, Aldean doesn’t believe in the “encore”. So when he announced, “we’re just going to play everything we have”, the crowd responded with enthusiasm.

The hour and half flew by as they played hits like “My Kinda Party”, “Big Green Tractor” and his new single “We Back.” His drummer played like he was auditioning for the Hall of Fame, as Aldean criss crossed the stage throughout the night. When Kane Brown joined him for “Dirt Road Anthem”

I tried to soak it all in and just live in the moment. It won’t be long before my daughter will prefer to attend concerts with her friends. But I’ll remember the Friday night we wore our cowboy boots, sang at the top of our lungs and then came home to soak our aching feet while eating cheeseburgers on the edge of the tub.

Jason Aldean’s new album “9” will be released on November 22, but can be pre-ordered now. While the album may be titled nine, it has sixteen tracks. His single “We Back” is currently being played on country music stations.