Michelle’s father is also an Olympian, and has coached his oldest daughter throughout her career. Michael Carter won the silver medal in the 1984 Summer Olympics (the same year he won a Super Bowl ring as a nose guard for the San Francisco 49ers). Michael Carter still holds the National High School Record in the shot put, won while competing for Thomas Jefferson HS in Dallas. Michelle Carter held the girls’ shot put record from 2003-2014.

Her Olympic champion father didn’t influence her to go out for track, Michelle said, but offered his wholehearted support once she became interested in the sport. Michelle said she had always thought of him as an NFL player, since he was an all-pro player for the San Francisco 49ers from 1984-1992. At first, she didn’t realize what a bonus it was to have a former Olympian help with her training. Her dad has been her only coach throughout her throwing career, she said.

“We practiced one or two hours a day,” Michelle said, “throwing in the driveway at our house. That was the routine through junior high and high school, since my dad didn’t want practice to become a chore.”

A well-rounded student at Red Oak, Michelle also continued to play basketball and sing in the choir through high school. She said Hope Porter, her track coach at Red Oak HS, was an important influence during her high school years. While at Red Oak HS, Michelle won four state championships in the shot put.

While competing for UT in 2006, Michelle won the Collegiate NCAA National Championship. She also won the NCAA title indoors to help the women claim the NCAA team title. With her runner-up finish in the 2005 outdoors shot put, she helped the Longhorns win the NCAA Championship. Michelle was a seven time All American, also winning the Big 12 Conference Title five times.

At the 2008 Olympic Games, Michelle finished in 15th place; but moved up to fourth place at the 2012 Olympic Games. She was a Bronze Medalist at the 2015 and 2017 IAAF World Championships. Michelle won the 2016 gold medal at the Rio de Janeiro Olympics on the last of her six throws. She broke her own American Record with the winning toss of 20.63 meters. Carter was the first United States women’s athlete to win the event since the women’s competition began at the 1948 Summer Olympic Games in London, England. She was only the second American to win any medal after Earlene Brown won a bronze medal in 1960. In 2018, Michelle Carter was inducted into the Texas Track and Field Hall of Fame.

Attending her first Olympic games in Beijing, China in 2008 was stressful, Michelle said, not only for her but her family and friends who supported her. Her mom, Sandra Carter, accompanied her to Beijing.

Her U.S. teammates were very supportive of each other, Michelle said. “It’s a unique situation,” she said. “You are getting a lot of attention during that time. It can be overwhelming at times, while you are trying to focus on training and improving your skills.”

While preparing to compete in the 2020 Olympic Games in Tokyo, Michelle stays busy locally with her nonprofit organization, “You Throw Girl.” The Sports Confidence Camp is for female athletes in all sports, grades 6-12. The young athletes are empowered to thrive while living a healthy lifestyle, with confidence not only in their athletic capabilities but in who they are as young ladies.

Carter Is A Popular Public Speaker

A sought-after public speaker, Michelle has recently appeared at the Metropolitan Museum of Art’s “Creative Convening” in New York City, and on the Rachel Ray Show. Known as the Shot Diva, Michelle is also a certified professional makeup artist interested in beauty and fashion. 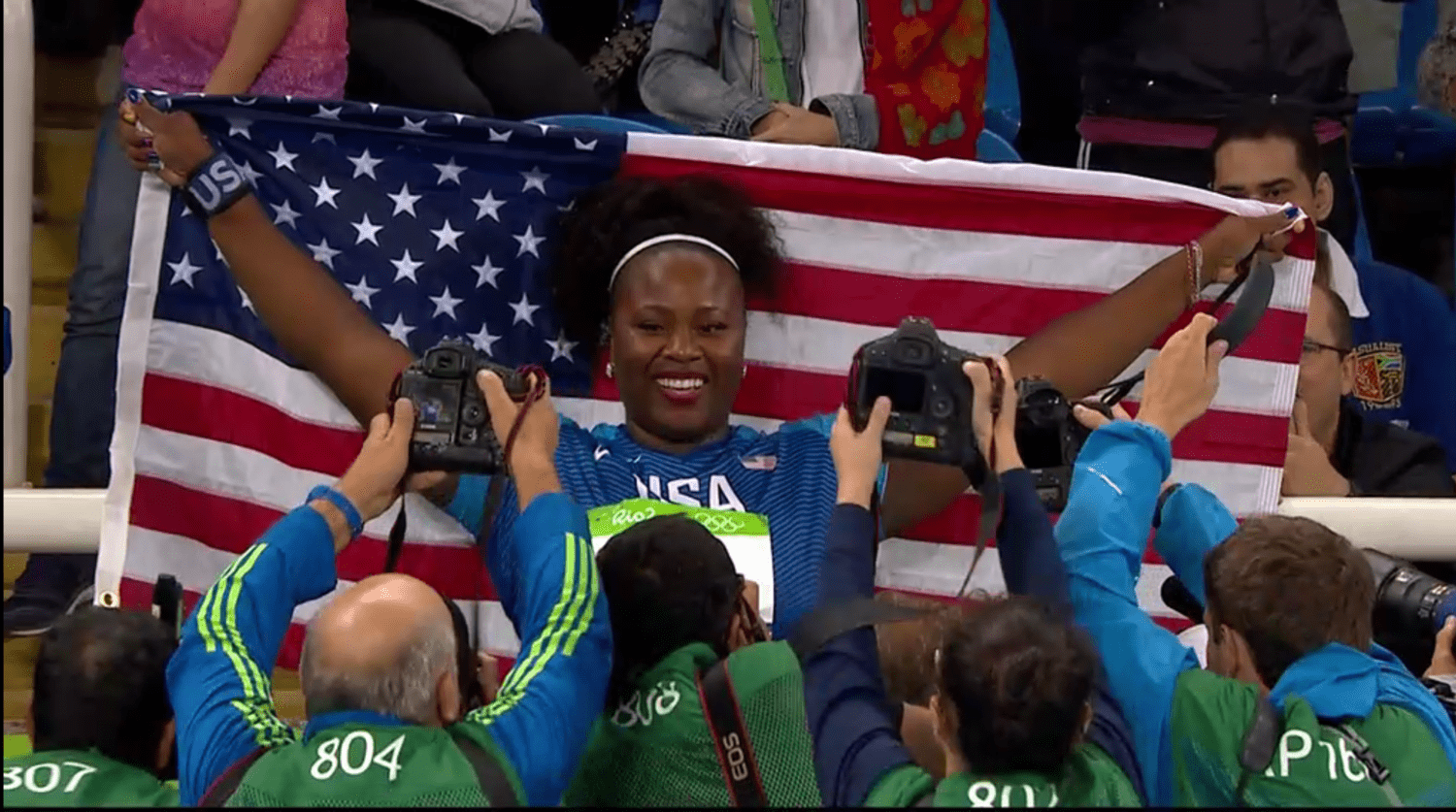