LANCASTER – The Lancaster Police Department avoided a suicide by cop incident Sunday night at around 6 p.m. Officers at the scene in the 2600 block of Sleepy Hollow remained calm and talked the 57-year-old woman into coming into custody instead of shooting her.

While the officers at the scene could have been justified in using deadly force, Lancaster Sergeant Mcanally and officers Pate, Phillips, Nino and Cagle  were able to coax the woman into custody.

“It’s every chief’s nightmare to get a call on a Sunday night, but this time it was a proud moment to hear how well my officers handled themselves,” said Lancaster police chief Samuel Urbanski.

Lancaster police were made aware of the suicidal/homicidal subject by dispatch when being requested to assist by the Dallas County Sheriff’s Office.

When police arrived at the home, which sits on a large property on the north side of the roadway, the Lancaster Medical Unit was already at the scene. The medical unit had been called to the location on a possible injured person report.

The Medical Unit informed police they had seen the subject in a red truck and backed out of the situation. They told police the woman had a gun.

Police were also informed the subject had gotten out of the truck with the gun and had gone back inside the home.

The subject was reportedly threatening to kill her daughter and herself.

On duty Sergeant Mcanally was able to speak with one of the subject’s daughters who was on the scene in order to extrapolate more details about the situation.

It was determined the woman had been diagnosed with a mental illness and was on medication. The subject had also been drinking all day and was having a hard time dealing with her husband’s recent passing, according to the daughter.

Police were also informed there were several weapons and ammunition in the home and the subject knew how to use the weapons.

A second daughter on the phone with her mother said the subject told her “The police can just kill me. I just want to die.”

Officer’s Pate, Phillips, Nino and Cagle worked “like a well-oiled unit” according to all four officer’s performance recollections after the incident. “They made their way to the vehicles in the carport, cleared the vehicles and used the engine blocks for cover.”

Officer Phillips was the first to see the female when she walked from the back side of her house to nearby bushes. The bushes were located on the westside of the home where the subject was hiding.

When the woman stood up, she had a shotgun in her hand and was yelling, according to witnesses.

All four officers continued to remain calm. Officer Nino then began a dialogue with the female.

Eventually the officers took the woman into custody without incident. She was handed over to the Dallas Sheriff’s Officer.

All four officer’s received excellent performance recognition recommendations, which read “The officers did a great job in using their tactics, light discipline, communication and watching crossfire situations in a stressful situation. The city of Lancaster can be proud to have such efficient, effective officers working for them.”

Sergeant Mcanally said she could not be prouder of the way the officers handled themselves and represented the City of Lancaster. 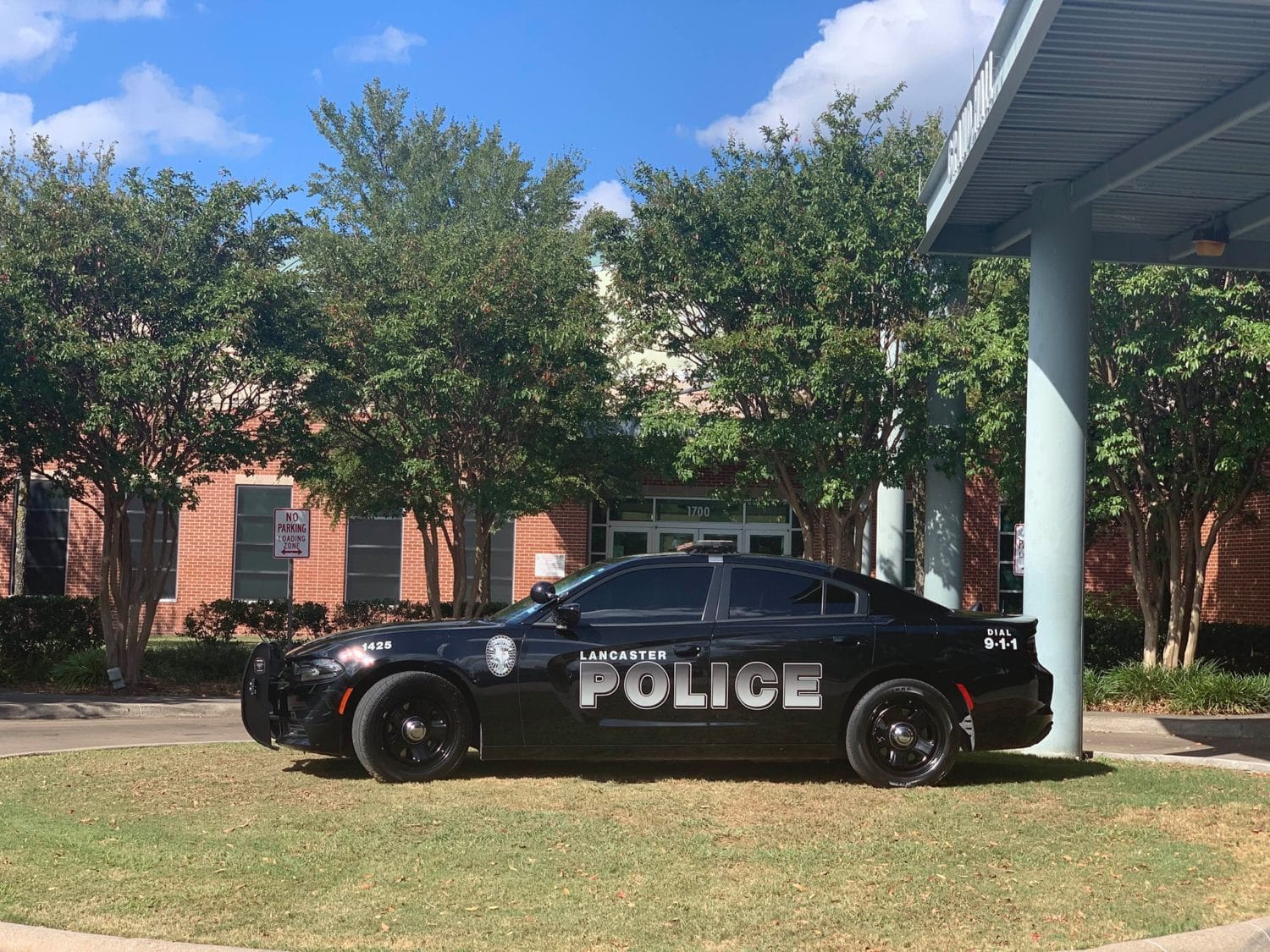