The newly combined credit union will begin joint operations under the Texas Trust banner by the end of 2017, pending regulatory approval by the National Credit Union Association and the Texas Credit Union Department, and an affirmative vote by the Qualtrust membership.

The uniting of Qualtrust and Texas Trust will broaden the geographic reach and the services available to members. On top of Texas Trust’s 17 locations, the combined credit union will have five additional branches in high growth markets in Flower Mound, Bedford, Las Colinas and San Angelo. The combined assets and membership will mean a greater economy of scale that can drive further growth.

From Qualtrust’s standpoint, it is investing in its members’ financial futures by delivering an expanded product line, services to meet the complete needs of its members, and broader career opportunities for its employees.

“After careful consideration, the boards and management teams of both credit unions collectively determined that we can achieve more together for our members than we can on our own,” said Jim Minge, president and CEO of Texas Trust Credit Union. “Together we can deliver greater value to our members, who are our number one priority.”

“Like Qualtrust, Texas Trust also shares a history of outstanding service and community involvement, which is important to our members,” explains John DiChiaro, president of Qualtrust Credit Union. “Our members will benefit from more choices in products and services as well as being part of one of the most respected and top-performing credit unions in Texas.”

The combined credit union will have assets in excess of $1.2 billion and more than 105,000 members and 21 locations making it one of the largest credit unions in Texas and the U.S.

Qualtrust members will vote on the merger following regulatory approval. 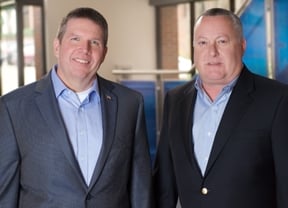