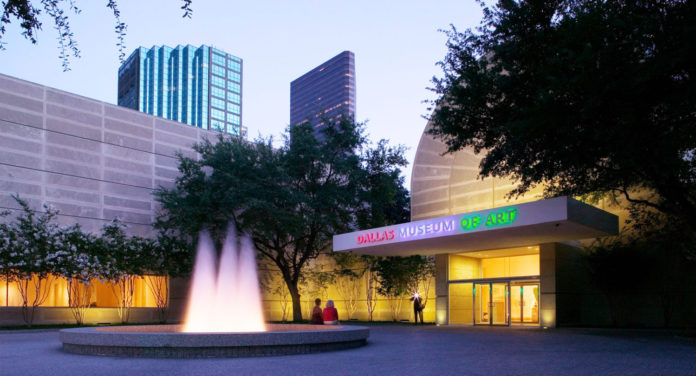 Late Nights at Dallas Museum of Art Return On Friday

The popular Late Night Series returns to Dallas Museum of Art on Friday, Jan. 20. Filled with activities everyone in the family will enjoy, ranging from games to films to concerts and performances, the fun starts at 6:00 p.m. and runs till midnight. Admission for Late Nights at Dallas Museum of Art members and children 11 and under is free, admission is $10 for students and general admission is $15.

The theme of the first Late Night for 2017 will be a return to the Middle Ages, celebrating the new exhibition Art and Nature in the Middle Ages. A performance by Trio Giocoso, an ensemble specializing in music for the recorder, kicks off the evening at 6 p.m. in the atrium.

From 6-8 p.m. a Game of Thrones personality quiz will be held in the Concourse. From 6-10 p.m., Center for Creative Connections will invite visitors of all ages to create their own crown in the Art Studio.

A musical tour led by Alfred Calabrese, Director of the Denton Bach Society, starts at 6:30. Meet at the visitor services desk to learn more about sacred and secular music from the Middle Ages.

“The Sword in the Stone,” an animated look at the legend of King Arthur, starts at 6:30 p.m. in the C3 Theater. The film is rated G and runs 75 minutes.

From 7-7:30 p.m. Yogini Nicole Payseur will conduct a children’s class on the Level 3 Landing teaching meditation, relaxation and some “pretzel-like poses.”

At 7:30 p.m. Family Story Time in the Galleries will be held in the European Galleries Level 2. After reading stories about dragons, a hunt for mythical beasts will take place in the Museum galleries.

An 8 p.m. concert on the Main Stage features Istanpitta, playing the music of 10th to 14th century. Istanpitta musicians play a variety of instruments from the Middle Ages including lute, bagpipes and vielles.

From 8-10 p.m. on Concourse level, local calligrapher Lyndsay Wright will demonstrate basic calligraphy techniques, answer questions about the art of calligraphy, and write your name for you.

From 8-11 p.m., enjoy a hands-on experience in the DMA’s galleries at the Indonesian Galleries on Level 3. Visit the Pop-Up Art Spot and go on an animal scavenger hunt, or pair up with a friend to participate in a sketching activity that has you look closely at works of art.

At 8:30 p.m., historian Lucy McGuigan leads a tour of the exhibition Art and Nature in the Middle Ages.  Discover how the intricate forms of medieval objects relate to their function. Space is limited and on a first-come, first-served basis. An exhibition ticket is required.

9:00–11:00 p.m., Founders Room invites you to relax in Lounge @ Founders, where you can purchase cocktails and tapas plates to share.

At 9:30 p.m. Lutenist Jacob Johnson performs solo lute music circa 1600 by English composer John Dowland, including music from the Christophorus Herold lute book (compiled in Padua in 1602). Johnson performs on an 8-course lute based on instruments built by M. Hartung in Padua, Italy, in 1599. The performance will be in the European Galleries Level 2.

From 10-11 p.m. Check out an After Hours Music Showcase with Saxon Moon performing medieval-style folk rock in the Atrium. Listen to medieval-style folk rock performed by Saxon Moon. Formed in 2010 by multi-instrumentalists Dave Elles and Paul Adam, the group uses Northern European/Celtic influences in their all-original musical compositions. Since then they have added Joshua Amyx as the frontman and drummer and have toured regionally.

At 10 p.m. the Late Night Film “Ladyhawke” will be shown in Horchow Auditorium. In medieval France, a mysterious knight named Navarre and his lady, Isabeau, are placed under a curse by a vengeful bishop. During the night, Navarre takes the form of a wolf, while Isabeau assumes the form of a hawk by day. They can only meet one another as humans at dawn and dusk. A young pickpocket called the Mouse acts as a liaison between the two and aids Navarre on his quest to overthrow the bishop. This film is rated PG-13 (1985, 121 minutes).

At 10:30 p.m., join Andrea Severin Goins, DMA Head of Interpretation, for an Insomniac Tour: The Great Outdoors. This tour of the collection examines how nature has been represented in different places and times.

At 11 p.m. Lutenist Jacob Johnson performs solo lute music ca. 1600 by English composer John Dowland. The concert in the European Galleries Level 2 includes music from the Christophorus Herold lute book (compiled in Padua in 1602). Mr. Johnson performs on an 8-course lute based on instruments built by M. Hartung in Padua, Italy in 1599.