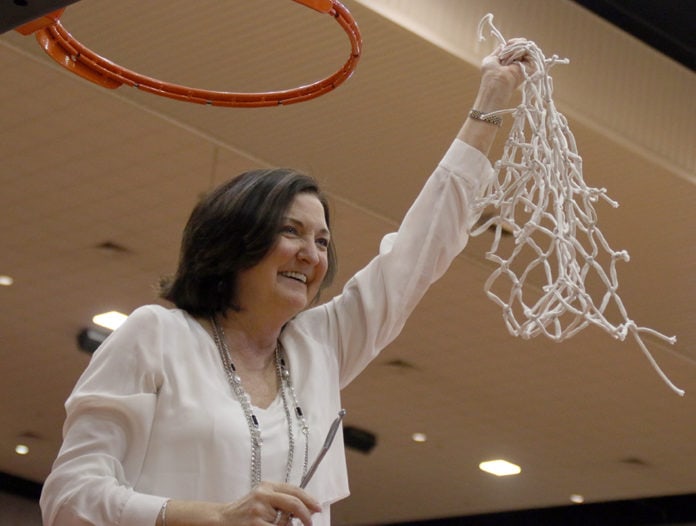 DUNCANVILLE—Almost a month ago legendary Girls Basketball Coach Cathy Self-Morgan resigned from Duncanville High School amidst claims of illegal recruitment practices. Since then, district officials announced Thursday that Self-Morgan was innocent of those claims.

“We complied with the UIL directive to look into this matter and did so within the specified timeline,” said Duncanville ISD Superintendent Dr. Marc Smith. “Outside legal counsel conducted the investigation and we provided them full access to any documents or people necessary to perform a thorough investigation. We look forward to getting feedback from the UIL.”

During a February 6 UIL Executive Committee meeting surrounding the eligibility of a former Duncanville basketball player to join the Irving MacArthur team. At the close of that meeting that hearing Committee Chair Mike Motheral instructed Duncanville Athletic Director Dwight Weaver to investigate claims that had been made concerning unethical recruitment tactics.

“And based upon the information that’s available … you will bring us back a report. You got one month to get this accomplished. Bring back a report to let us know what your findings are,” said Motheral. “And let me be very clear. This is not to be a superficial, just get it out of the way, kind of look into this situation. It is to be real.”

On March 6, Tommy Fisher of Leasor Crass, P.C. then forwarded to University Interscholastic League officials for further review. In the end the report noted, “there is insufficient credible evidence to conclude that former Duncanville girls basketball coach Cathy Self-Morgan engaged in prohibited recruiting.”

According to reports Self-Morgan still plans to retire effective March 31. In fact the 638-83 coach planned to retire last season but was convinced to stay another year by district officials.

“I felt like it was time to move on, I have felt that way for the past couple of years,” said Self-Morgan. “I love Duncanville, I love the people of Duncanville. I’ve been an ambassador for the city of Duncanville and the public school system here for 19 years. Because I have always believed it was the best school to put your children in and to be a part of,” she concluded.

Follow-up inquiries concerning the investigation findings to UIL were not answered by press time.