CEDAR HILL—After little more than a year since taking the reins of Cedar Hill Independent School District, Dr. Billy Snow announced his resignation. According to reports Snow has not been in the office since March 1, when he was placed on administrative leave without pay.

CHISD Board of Trustees released no official reason for this action, so naturally rumor and innuendo have been rampant. Even more shocking the next week Snow announced his resignation due to ongoing an undisclosed medical treatment.

And many parents are not happy.

“Cedar Hill ISD is trying to play us like we are some fools because you don’t resign for medical reasons. You take a medical leave with pay, that is why we have FMLA. I have some questions because I’m confused and this is a poor excuse for resigning. Try again.” said CHISD Place 1 candidate Shomega Daniels-Austin via Facebook on Friday.

Trustees placed Snow on leave Monday evening. Cedar Hill Board President Michael Quildon said Thursday that he could not elaborate on what the district was reviewing. However, he noted that the investigation is not criminal in nature, relating to finances or involving a child.

However, the investigation did included interviewing other CHISD employees who were asked that their identifications remain anonymous. The District respects these valuable employees and respects their privacy, said Quildon.

Under Dr. Snow’s leadership, the District has rolled out key initiatives, such as the Early College Academy, the Montessori program at Lake Ridge Elementary and the Longhorn Essentials. The Board of Trustees is fully committed to these programs and has complete confidence in the existing group of outstanding leaders tasked with their implementation. The District will begin the process of seeking applicants for the position as soon as possible.

While actions garnered a lot of media attention over the weekend, according to records this may have been in the works for some time.

The Cedar Hill ISD Board of Trustees renewed Snow’s contract and approved a raise around the end of January 2019. Then on February 4, during a called meeting of the Board of Trustees the only thing of note on the agenda was a evaluation of the superintendent’s goals contract.

Snow said, “It has been my honor and pleasure to serve the leaders, staff and scholars of Cedar Hill ISD. I’m so proud of the work we have done together and the progress made in such a short time. I have absolutely no doubt that the district will continue to do great things in the future. I ask for your prayers as I continue to address my health concerns. God bless CHISD, the community and all Longhorns.”

The official statement trustees is that Snow was being investigated on possible violations of the district’s Statement of Values. Which value exactly is still unknown at press time.

Snow came to the district from Dallas ISD, where he had been named Chief of Transformation and Innovation. He held a similar position at Caddo Parish Public Schools in Louisiana, where he led underperforming schools to double-digit gains in achievement and graduation rates.

After graduating from East Texas State University, Snow was hired to teach third grade students in Mesquite. In his first year of teaching, he was awarded Sallie Mae Teacher of the Year, a national competition that recognizes one teacher from each state, for Mesquite ISD.

As a principal in Corsicana, Dr. Snow led a Title I campus, with large numbers of students from low-income families. His team increased academic performance, earning the state’s highest ranking at that time. In 2008 he won the H-E-B Excellence in Education Award, Elementary Principal of the Year in Texas. In 2011 he was a National Distinguished Principal finalist.

At Mansfield ISD, Dr. Snow was promoted from principal to Area Superintendent. He led 12 Title I campuses while also coaching and supervising school leaders and leading district initiatives.

Dr. Snow was selected as one of 25 educational leaders from across the country to be a part of the Leverage Leadership Institute in 2015. He has served as a motivational speaker and consultant to other school districts and education organizations nationwide. 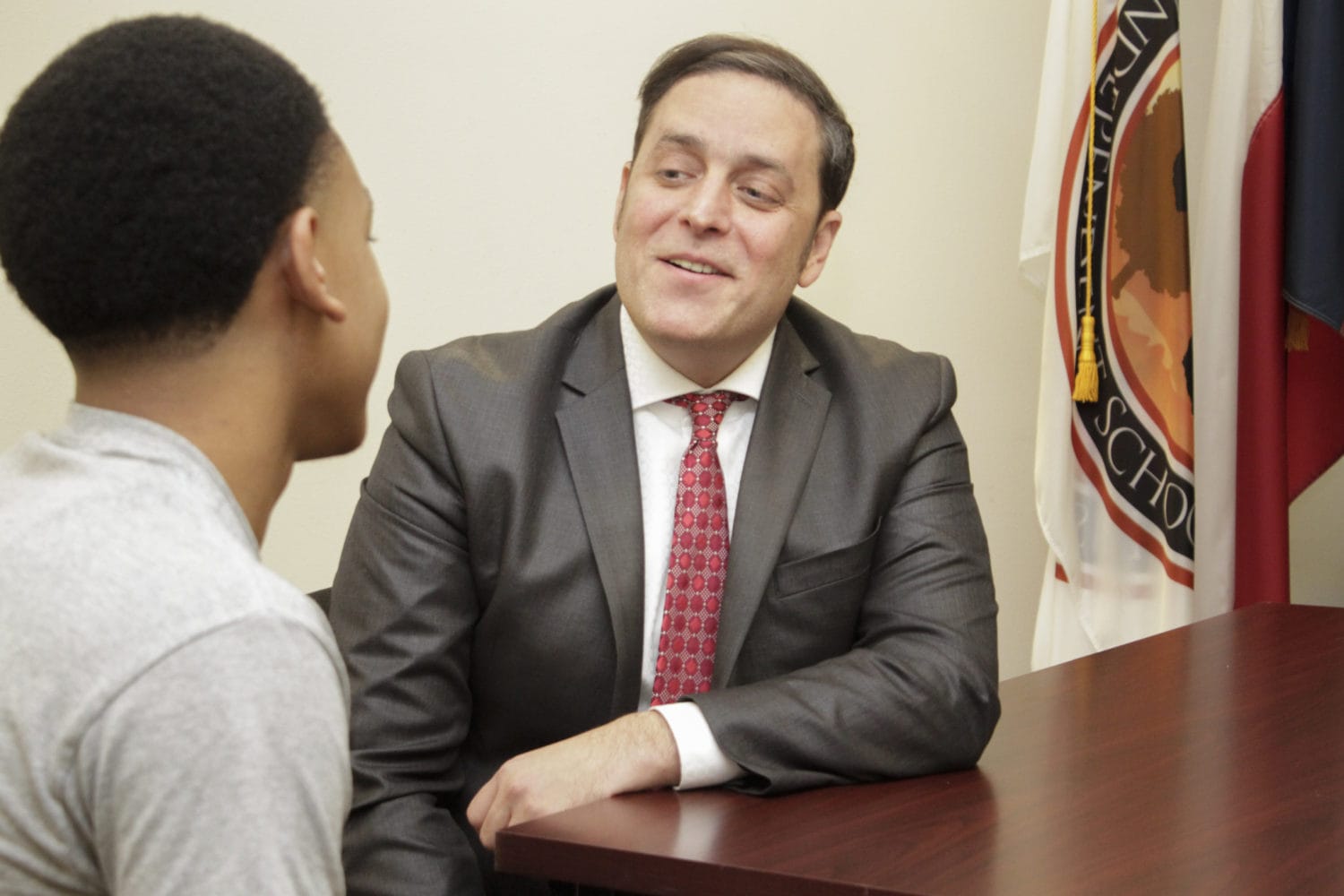