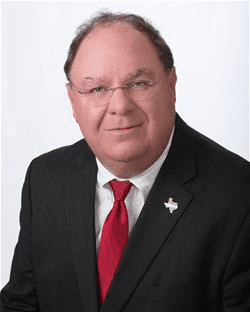 Quin was hired on February 21, 2022 to take the helm of the city after former City Administrator Trudy Lewis left that position at the beginning of December last year.

Guy Brown, who has been in the role of interim City Manager in Hutchins since Lewis’ departure said, “The Council had a very deliberate and detailed hiring process. They worked hard to make sure Hutchins selected the right person.”

Quin was one of over a dozen applicants for the position. He was chosen from a list of five finalists who were interviewed for the job.

He was the City Administrator in Haslet for eight years and City Manager in Richland Hills for 16 years.

“We are very pleased that James Quin will be joining the Hutchins team,” Hutchins Mayor Mario Vasquez said. “His is a proven leader with decades of experience and I know he will be an asset to Hutchins. I look forward to working with him as our community continues to advance.”

Quin received his Bachelor of Science Education and a Master of Public Administration degrees from Missouri State University.  He is a member of the International City/County Management Association (ICMA), which is the leading association of local government professionals dedicated to creating and supporting thriving communities throughout the world.

Through ICMA, Quin earned and maintains the Credentialed Manager (CM) designation recognizing professional local government managers qualified by a combination of education and experience, adherence to high standards of integrity and an assessed commitment to lifelong learning and professional development. Also, a member of TCMA, he has served on the Medical City Alliance Hospital board for six years.

“Hutchins is experiencing unprecedented growth in both residential and commercial,” Vasquez concluded. “We wanted someone to help us manage that growth. In addition, we wanted a person that would help us improve the quality of life in Hutchins for our citizens.  I think Mr. Quin will bring a new emphasis on providing better and expanded services to our community.”