Prepare to make merry with Robin Hood and his merry men with “Hood: The Robin Hood Musical Adventure” June 29-August 6. The new musical comedy will have its world premiere at the Wyly Theatre, presented by Dallas Theater Center.

Written and directed by Dallas native and Tony-nominated playwright Douglas Carter Beane, with music and lyrics by Lewis Flinn, “Hood” starts previews with pay-what-you-can performances at 7:30 p.m. Thursday, June 29. Opening night will be Friday, July 7 at 8 p.m. Tickets are on sale now by calling 214-880-0202 or online at DallasTheaterCenter.org.

“I’m excited to produce the world premiere of Hood: The Robin Hood Musical Adventure at Dallas Theater Center because of the caliber of artists involved and because this musical will inspire meaningful dialogue in our community about heroism, justice and leadership,” said Artistic Director Kevin Moriarty. “I love Hood’s glorious songs, dances, puppets, jokes and delightful theatricality. And it’s a further joy to welcome back to Dallas Douglas Carter Beane and Lewis Flinn, who wrote the first musical we produced in the Wyly Theatre. Their artistry is matched equally by their humanity.”

Beane said, “Dallas is a town that has great meaning to Lewis, me, and our family, and DTC is our theatrical home. We are thrilled to be back to bring the audience Hood: The Robin Hood Musical Adventure. We all have a need for the stories of Robin Hood because they show us that we have a responsibility to be there for one another. Anyone can be a hero when faced with a tough situation. Our musical adventure will bring you extraordinary music, great humor, wonderful dancing, thrilling performances, jaw dropping puppetry and yes, sword fights and English accents. The original Robin Hood stories remind us that we all have responsibility for our fellow man. I think that moral is always timely, but these days it roars out like a siren! I hope you can all join us for this classic tale of history’s renegade hero.”

Beane joins with Flinn, his collaborator from DTC’s popular production “Give it Up,” later re-named “Lysistrata Jones” for its Broadway run. The duo return to bring a twist on the legend of Robin Hood to show audiences what makes a hero. 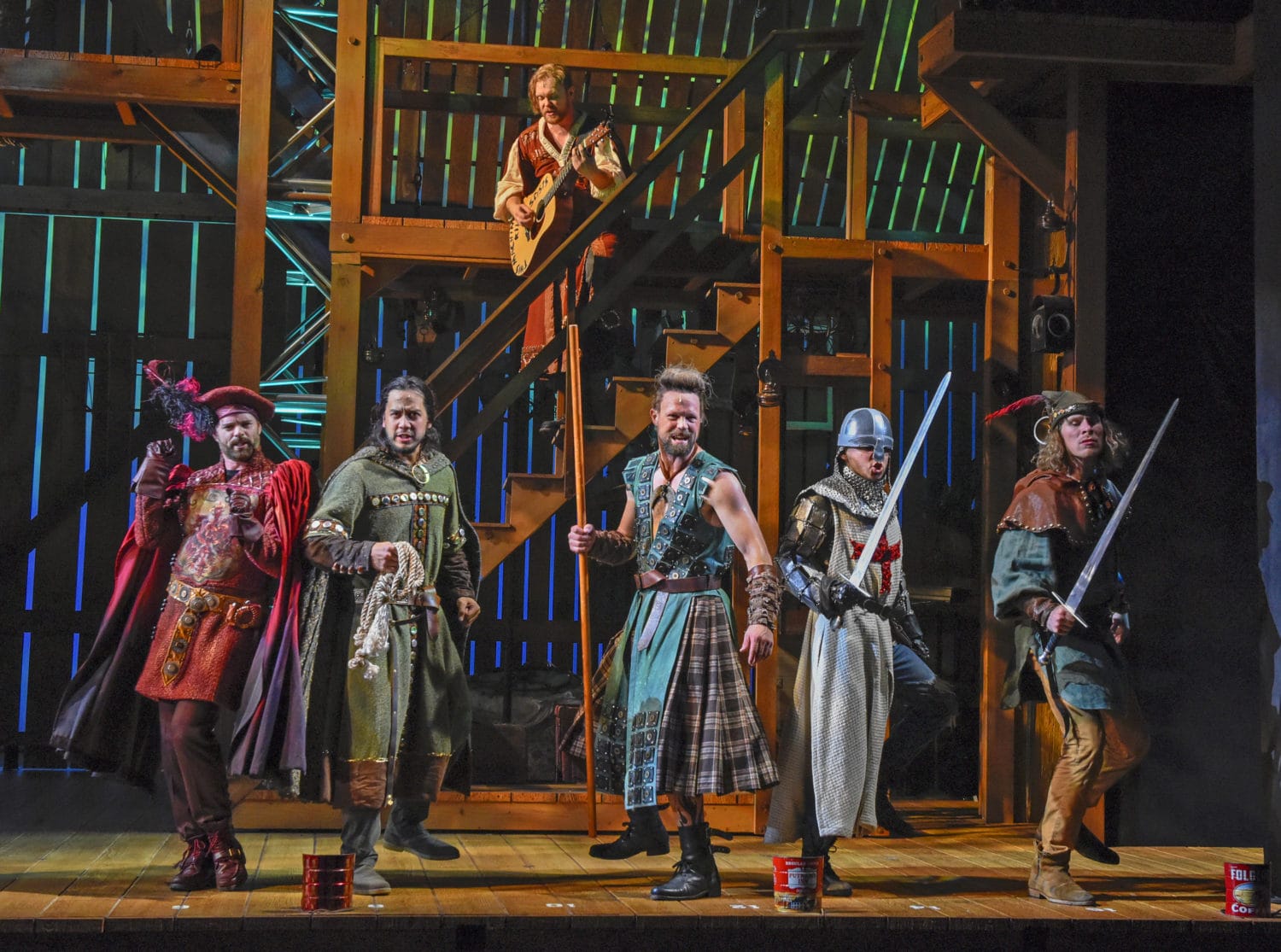