Duncanville High School graduate Jaelyn Banks received the $500 Mattie Ray Fouts scholarship from Old Chisholm Trail National Society Daughters of the American Revolution (OCTNSDAR). Jaelyn will enroll in the University of Texas at Austin as an education major this fall.

Jaelyn said, “Duncanville High School was filled with great memories with great friends, and I’m excited to see what the future has for all of us.”

The scholarship certificate was presented June 7th in a ceremony at the Duncanville Library. The presentation was next to the Old Chisholm Trail chapter charter on permanent display at the library. Jaelyn’s parents, Bryan Baskin and Beth Banks-Baskin, and her siblings attended the presentation.

Organizing Regent of Old Chisholm Trail in 1977 was Twila Bell, with Fouts as first vice Regent. Fouts was the first elected Regent in 1979-1981. The $500 award to Jaelyn Banks closed out the Mattie Ray Fouts scholarship fund. However, OCT continues to present a memorial scholarship each year to a deserving descendant of a chapter member.

Dugdale said, “I have had the privilege to see (Jaelyn) grow personally and intellectually during this period. She was a leader in the classroom helping students gain understanding on tasks as well as giving interesting information on the topics being discussed. She was active in the National Honors Society as a Parliamentary member, the Spanish Honors Society, and the President of the Interact Club for two years. Jaelyn also served in the Duncanville Band for four years and one year as a squad leader.”

Old Chisholm Trail NSDAR members perpetuate the memory of the men and women who achieved independence for America by emphasizing patriotism and respect for the flag of the United States of America. They also encourage responsible citizenship, and document family history through lineage research. Revolutionary ancestors of chapter members are honored at an annual luncheon. 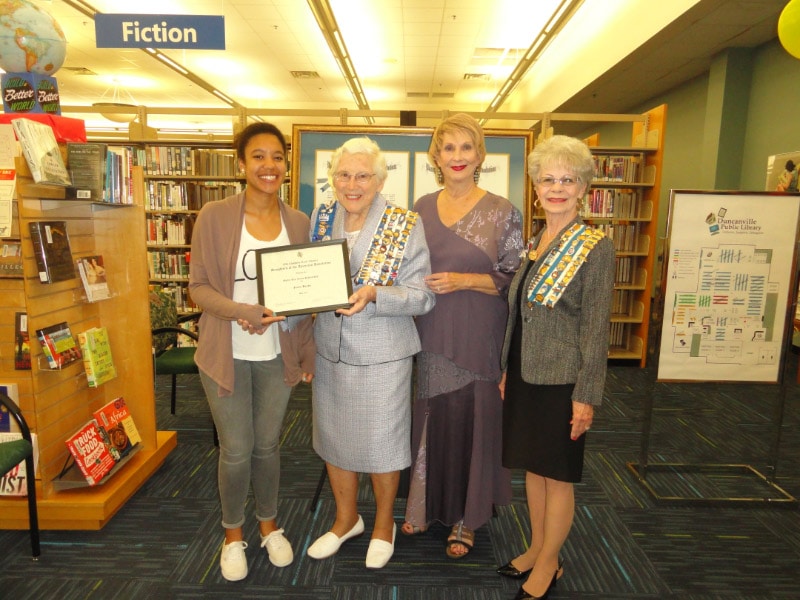