Charlie Daniels was a singer, songwriter and multi-instrumentalist known for his contributions to Southern rock and bluegrass in addition to country. From his Dove Award-winning gospel albums to his genre-defining southern rock anthems and his CMA Award-winning country hits, few artists have left a more indelible mark on America’s musical landscape than Charlie Daniels. An outspoken patriot, beloved mentor, and a true road warrior, Daniels parlayed his passion for music into a multi-platinum career and a spotlight supporting the military, underprivileged children, and others in need. The Charlie Daniels Band has long populated radio with memorable hits such as the signature song, “The Devil Went Down to Georgia.”

Over the course of his career, Daniels received numerous accolades, including becoming a member of the Grand Ole Opry in 2008, inductions into the Musicians Hall of Fame in 2009 and the Country Music Hall of Fame in 2016. Daniels helped to shine the spotlight on the many causes that are close to his heart. He was a staunch supporter of the military and gave his time and talent to numerous charitable organizations including The Journey Home Project, which he founded in 2014 with his long-time manager, David Corlew, to help veterans of the United States Armed Forces.

“I will truly miss my friend and fellow Country Music Hall Of Fame member, Charlie Daniels. He was one of the most honest and genuinely nice people in the business. I will miss our talks. We shared lots of memories and supported each other. My prayers are with his family, friends and colleagues.” – Charley Pride

“All of The Oak Ridge Boys are saddened and devastated by this sudden and immeasurable loss. Charlie was not only a dear friend but a Patriot who loved Jesus and loved the USA. It is all so very hard to process right now…We will miss Charlie, but we know where he is… The Everlasting Arms of HIS and OUR Savior hold him now…Until The Day Charlie…Until the DAY…prayers for Hazel.” – Joe Bonsall of The Oak Ridge Boys

“One of the best friends, not only a peer, but a true friend. He was one of the most spiritual men. When we got together for a show in Oklahoma, we performed ‘Will The Circle be Unbroken.’ I never will forget that night.” – Sam Moore

“What a loss and a shock – we can hardly put this in words. Charlie was such a beloved part of our community! He was a great friend and a fellow patriot. I will always cherish the countless shows we worked together over the decades and our backstage talks. He leaves an immeasurable mark on country and southern rock music. Charlie was a great leader and philanthropist, incredibly humble and one of the biggest supporters of our armed forces and veterans. I loved standing in the wings when he took the stage – he was powerful and magical – he left other artists in awe and every audience on their feet! We love you Charlie and will forever cherish our friendship.” – Lee and Kim Greenwood

“I am very saddened to hear of Charlie Daniels’ passing. I have known and loved Charlie since our early days when he appeared on one of my television specials and l played his Volunteer Jams. Charlie was a strong man who loved his family, fans and country. The music community and the world have lost an old friend.” – Crystal Gayle

“Charlie Daniels has been a friend of mine for the last 40 or 50 years. He is one of the greatest artists in country music and an all around wonderful man. We will miss you Charlie.” – B.J. Thomas

“I recall a show I played in West Texas with Charlie, what a great talent and personality he was, and so respected in the music world. He and his memory are cherished and loved by all.” – Janie Fricke

“It was an honor to know Charlie. He was a Godly, family man and the U.S.A. didn’t have a better friend. He always had an encouraging word and a firm handshake. Sheila and I pray for Miss Hazel, the family, the band and his entire organization. Rest in peace ol’ pal!” – T. Graham Brown

“I am absolutely stunned and heart broken over the loss of our legendary friend, the great Charlie Daniels! You could not find a finer or kinder man! His giant talent paled in comparison to the phenomenal human being that he was! He was passionate and honest about what he believed in and unapologetically spoke his truth.There is a reason he was so loved by all who knew him and such an Icon in Country Music!!! He cut a wide path in our hearts! We love you Charlie! My prayers are with his family at this time of deep loss. Rest In Peace Charlie.” – Deborah Allen

“My heart goes out to Hazel, Charlie Jr. and their family. I always loved Charlie, and his music. He was the real deal and one of the great ones.” – Lacy J. Dalton

“I’m hurt. Charlie was one of the nicest guys in country music. He was always there to help anyone and he will be missed by all.” – Johnny Lee

“I’m deeply saddened by the passing of Charlie Daniels, a true Country Music Legend. ‘The Devil Went Down To Georgia’ will live on as one of the most quintessential Southern Rock songs in history. My thoughts and prayers are with Charlie and his family. Rest in peace Charlie and God bless you.“ – Deana Martin

“What a huge loss not only in the music industry, but in the world. Charlie was simply one of the kindest, most loving patriotic friends I’ve ever had the pleasure of knowing. He loved his friends and country so deeply. I was honored and blessed to perform on his infamous Volunteer Jam. My heart is broken today and I send my prayers of comfort up for his precious family.” – Kelly Lang

“It’s hard to imagine country music without Charlie Daniels and the world will never be the same. Thankfully he left a legacy like no other that we can reflect on. You are loved and you will be missed!” – Shane Owens

“Charlie Daniels was a music icon, yet every time I played piano for Charlie he made me feel like I was part of the Charlie Daniels’ family. He loved our country and devoted much of his time to encouraging and performing for our men and women in uniform. When my son Torre was in the Army, and he was about to ship out for his first tour in Iraq, Charlie met with Torre before he left, and he prayed with him. You have no idea what that meant to me. The devil can stay down in Georgia for all I care, because Charlie Daniels is heaven bound!” – Tim Atwood

“It truly breaks my heart to hear of the passing of Mr. Charlie Daniels. As a fellow NC native, he was included in the soundtrack of nearly every road trip, bonfire night, and any other occasion! He was an extraordinary musician and such a joy to watch onstage – his spirit for music and performing was truly incredible! His family are in my thoughts and prayers during this hard time. He will truly be missed by fans all around!” – Paige King Johnson

“When I was a kid at boarding school listening to my roommate’s Charlie Daniels albums, I had never been exposed to country music, and I didn’t know what I was hearing, I just knew that it grabbed me. So I transported the feel of it to my rudimentary songwriting on the grand piano in the common room of that dorm, and it has stayed with me ever since. Classic songwriting and musical authenticity can reach across a culture like nothing else. Thanks to Charlie for waking a powerful spirit, all over the world.” – Carrington MacDuffie

“A pioneer that stood for so many great things outside of music, a true patriot. He taught us all what a fiddle truly was while never being afraid to voice his opinion. He’s going to be deeply missed but his legacy will no doubt live on. Prayers and thoughts are with his family, friends and fans.” – Vonn Kiss

Funeral arrangements will be announced in the coming days. 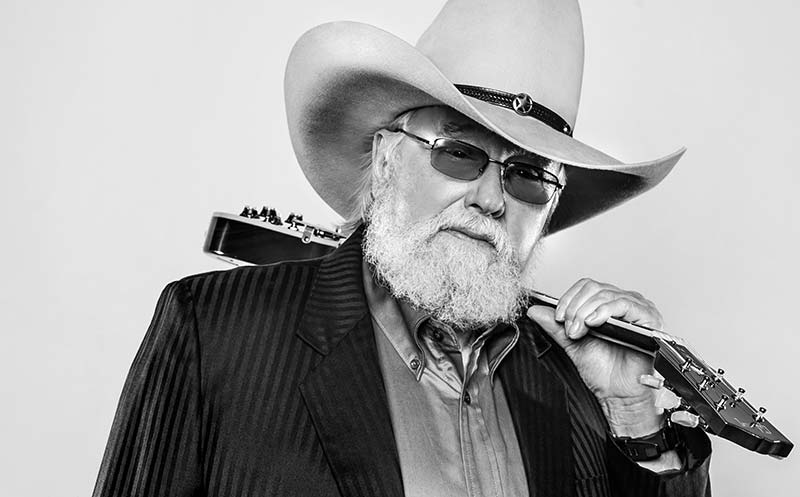