Home News FBI Warns Voters on Election Crimes Ahead of the November 2022 Midterm... 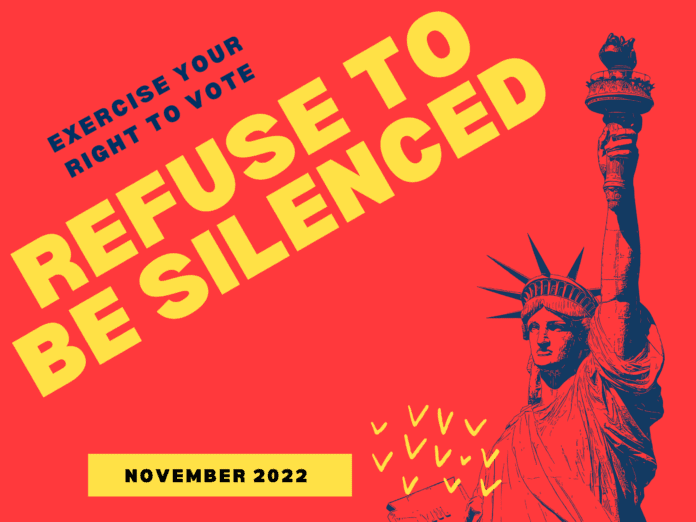 Free and fair democratic elections are one of the founding pillars of the United States. The FBI is committed to protecting every eligible citizen’s right to vote. Consistent with past practice, the FBI is providing this information to educate voters about Federal election crimes and how to avoid them, and to encourage voters to report suspected violations to your local FBI field office.

While individual states and localities have the constitutional authority and responsibility to manage their own elections and election laws, an election crime becomes a federal crime when one or more of the following occurs:

Examples of Federal election crimes include, but are not limited to:

Distinguishing between legal and criminal conduct is critical for ensuring the integrity of U.S. elections.

The following activities are not federal election crimes:

The FBI plays an important role in preventing violations of your constitutional rights, including your right to vote. Report any instances of potential election crimes to your local FBI field office, and ask to speak to an election crimes coordinator.

Intentionally deceiving qualified voters to prevent them from voting is voter suppression—and it is a federal crime.

There are various methods which can be used to spread disinformation about voting. Such methods are social media platforms, texting, or peer-to-peer messaging applications on smartphones. Additionally, bad actors may provide misleading information about the time, manner and place of voting. This includes inaccurate election dates or false claims about voting methods like, voting by text, which is not allowed in any jurisdiction.

Do you know when, where, and how you will vote? If not, there are many reputable places you can find this information, including eac.gov and usa.gov/how-to-vote. However, not all publicly available voting information is accurate, and some is deliberately designed to deceive you in order to suppress turnout.

Always consider the source of voting information. Ask yourself, “Can I trust this information?” Look for official notices from election offices and verify the information you found is accurate.

Help defend the right to vote by reporting any suspected instances of voter suppression—especially those received through a private communication channel like texting—to your local FBI field office and ask to speak to an election crimes coordinator.

Making political contributions can be a powerful way to exercise your First Amendment rights. But some individuals and groups soliciting contributions are bad actors trying to enrich themselves at your expense.

In every election cycle there are billions of dollars invested in political spending. This attracts criminals who use deception to cheat Americans out of their hard-earned money. The FBI assesses that seniors are at a high risk of being targeted.

Scam PACs are fraudulent political action committees designed to reroute political contributions for personal financial gain. This is a federal crime. Signs that a PAC is a scam include the PAC and its website disappearing, and the phone number going out of service.

If you or someone you know has been targeted by a scam PAC, contact your local FBI field office and ask to speak to an election crimes coordinator.

How to Protect Your Vote