The DeSoto City Council met in a special session on Monday, August 17, to discuss the city and county’s marijuana enforcement policies. The special guest for the meeting was Dallas County District Attorney John Creuzot, a retired judge and award winning lawyer. Councilwoman Candice Quarles introduced the subject of the enforcement policy.

She said attitudes have changed in the marijuana enforcement policy and citizens need to be made aware of the changes. “Marijuana usage is now fully legal in 11 states and 31 states have approved some kind of partial use such as medicinal use.” Throughout the state, the last attitude to change has been policing.

She then introduced D.A. John Creuzot to talk about his reforms and why he made them.

Creuzot first noted that marijuana use was common among students during his high school and college days and he notes as he walks down the halls at his son’s college dorms, the odor of marijuana is also noticeable. “Our youth, regardless of who they are, their socio-economic level or where they come from – they are smoking marijuana,” he began.

There are two legal levels of misdemeanor usage. Up to two ounces can cause you to serve up to six months in jail and a $2,000 fine. Anything between two and four ounces is up to a year in jail and a $4,000 fine. Although it is regarded as a “gateway drug,” he continued that it is not per se a gateway to violent crime.

He then discussed “pretext stops” by police officers. A pretext stop is one that police use to stop someone for some minor traffic violation such as a tail light or inspection sticker. This is then used as a pretext to search the vehicle and look for more significant violations of the law. It was written about in a book by James Forman, Jr. that black and other minority drivers were about two and a half times more likely to be pulled over for pretext stops. Creuzot noted that stops for significant infractions such as DWI are normally pretty equal without regard to race, unlike the “pretext” stops.

Dallas police pulled over 17,000 vehicles in 2019. The “theoretical reason” for these stops was to “stop murders.” Creuzot continued there was no relationship between murders and minor traffic stops.

In terms of marijuana, Creuzot asserted that arresting and incarcerating people for possessing small amounts of marijuana does not reduce violent crime. Data from the DA’s office shows Black, indigenous and People of Color are disproportionately arrested at a much higher rate for possessing small amounts of marijuana in Dallas County. He said by diverting such low-level offices, he hopes to reduce recidivism and to save taxpayers money.

Creuzot commended Chief Joe Costa and the DeSoto department for not overloading the justice system with minor offenders. He said DeSoto was one of the first departments to use this more reasonable and logical approach in addressing crime and arresting and prosecuting violent and repeat offenders.

In DeSoto, there were 169 Total Class C attempted possession of marijuana under two oz. cases filed between February 7, 2019 and August 10, 2020. Of those cases, 118 were custodial arrests and 51 were cite and release after a promise to appear was signed.

Of the 118 DeSoto arrests, only 27 ere for only the one charge of attempted possession while the remaining 91 included other offenses. The attempted possession was only a secondary offense. In terms of total citations written for the time period (7,099) only 2.38% were for marijuana while 1,448 or 20.39% were for speeding – less than one percent – 0.38% were only for marijuana and no other charge.

D.A. Creuzot said that when he instituted the policy for Dallas County, DeSoto Chief Costa immediately implemented it in DeSoto and DeSoto Judge Scott Kurth immediately began offering deferred adjudication saving citizens a criminal record and both the citizens and the city money.

Infractions are all treated the same by Judge Kurth: fines for public intoxication, open container, theft, and possession are all $500. Each defendant may qualify for a payment plan of between $50 and $100 monthly depending on their financial situation. In these times of COVID-19, additional considerations may also be given depending on hardships.

Chief Costa and Judge Kurth also addressed Council and citizens, both in agreement with the district attorney that reasonableness should prevail in the City of DeSoto. 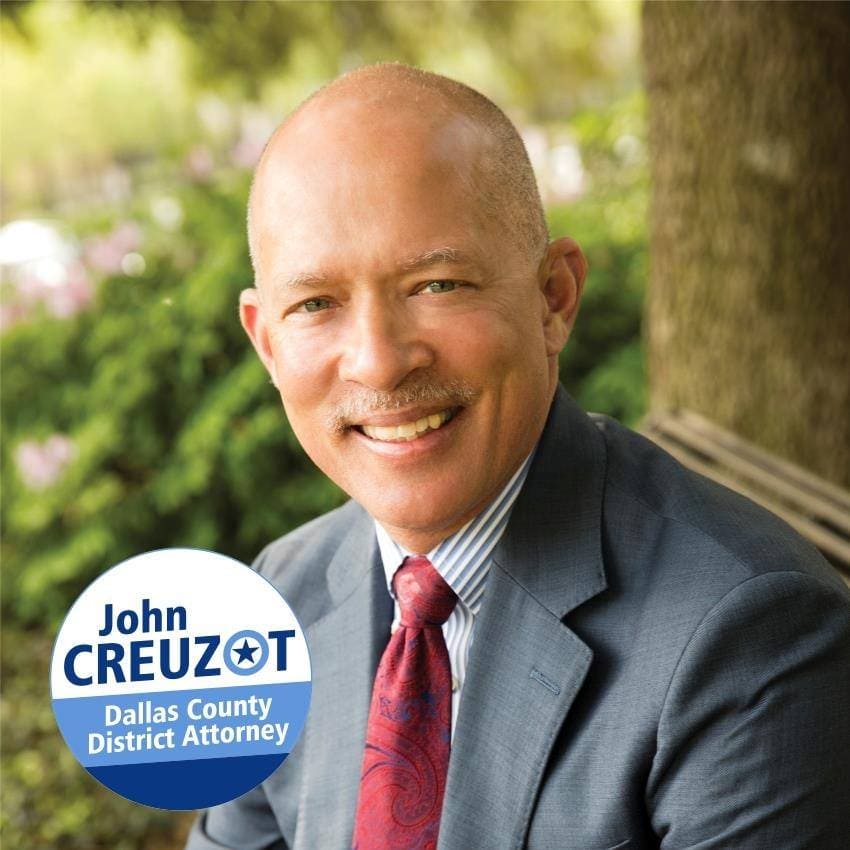