WAXAHACHIE – When a dead body was found in Waxahachie Thursday afternoon at 77 and 342, local residents began asking questions on social media. One person asked “anyone know someone that is missing?”

It turns out the body belonged to a 75-year-old man named Miner Carell.

Carell was a black male described as 5’06”, weighing 120 pounds with gray hair and brown eyes.

According to the initial press release from the Waxahachie Police Department, the cause of death of Miner Carell was still unknown.

“The investigation is active pending the autopsy results,” the release said.

However, an update on January 30 at 12:30 p.m. from the Dallas Police Department indicated “Carell was located and has been pronounced deceased from natural causes.”

According to the Dallas Police Department’s DPDbeat.com on January 28, 2020 at about 3:30 p.m., Carell was last seen on foot in the 4900 block of Paloduro Lane in Dallas. He was wearing a gold tee-shirt, gray sweatshirt, blue jeans and brown dress shoes.

The release on that day said “he may be confused and in need of assistance.”

He was known to have had health issues and dementia.

Dallas PD had also issued a Silver Alert for Miner Carell. Silver alerts are a public notification in the US alerting the public about missing persons – usually senior citizens – who have Alzheimer’s, dementia or other mental health issues.

The Waxahachie Police Department said on Thursday, January 30 they had received a 911-call from a passing motorist in the 3800 block of North US Highway 77. The call was requesting officers check the welfare of a man lying in a ditch.

Officers arrived to find Carell deceased. The case was referred to the Dallas Police Department since the missing man had been listed as a Critical Missing Person from DPD.

Justice of the Peace Dan Cox arrived and ordered an autopsy on the body. Carell’s remains were transported to the Dallas Medical Examiner’s Office to determine cause of death.

The Waxahachie and Dallas Police Department did not comment on how Carell ended up getting to Waxahachie from Dallas. 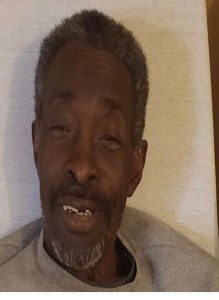