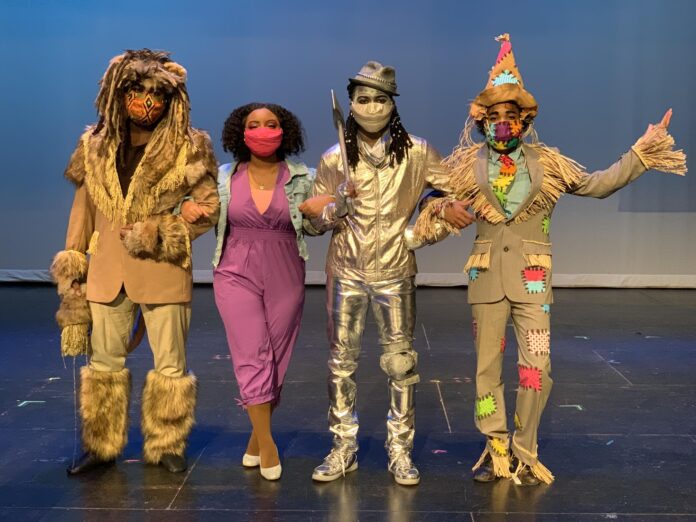 “The Wiz” Was a Hit With DSM Award Nominations

Cedar Hill received five nominations (its most nominations ever) – for its production of “The Wiz”, in January.

“We put so much work into that show,” Cedar Hill Theatre Director Bethany Kennedy said. “We put so much heart into it. It paid off, and it showed the judges what they’re capable of doing.”

For the first time ever, Cedar Hill has been nominated for Best Actor (senior Jacobie Thornton) and Best Actress (Sydney Wade).

The award show will be held at On The Levee theatre in Dallas at 7 p.m. Friday, June 11.

If that date sounds familiar, it’s also the exact time of the Cedar Hill High School Class of 2021 Graduation at Globe Life Field in Arlington.

As much as the scholars were looking forward to graduation, the theatre performance takes precedence for a couple of reasons. They will make arrangements to receive their diplomas at a later date.

The winners of Best Actor and Best Actress will each receive a $10,000 scholarship. There are 10 finalists in each category. And the winners in each category will advance to The Jimmy Awards, the national high school musical awards, which will be held virtually on July 15.

“Being nominated means a lot,” Wade said. “It shows that people are paying attention and that they appreciate your hard work. Somebody’s always watching your success – even when you think they’re not.”

Wade played the lead role for the second straight year, starring as “The Wiz.” She also served as the emcee/host for the 2020-2021 Cedar Hill ISD Convocation. She is undecided on her college choice but plans to study Theatre.

Johnson has the chance to become the second Best Featured Performer from Cedar Hill ISD in the past three years. University of North Texas sophomore Jeremiah Tarver earned the honor in 2019 for his performance in “Newsies.” She will attend Texas A&M-Commerce to major in Political Science and minor in Marketing.

“It’s been really exciting, and I’ve put a lot of time into the show,” Johnson said. “I also work on the costumes a lot during the school day.”

Thornton received All District Honors at UIL One Act Play. He played the Tin Man in “The Wiz” and will study Theatre at Milliken University in Decatur, Illinois.

“This honor is huge for me – just to know all of my hard work has been recognized and to know that we stood out to the judges,” Thornton said. “We’re making a name for theatre at Cedar Hill.”