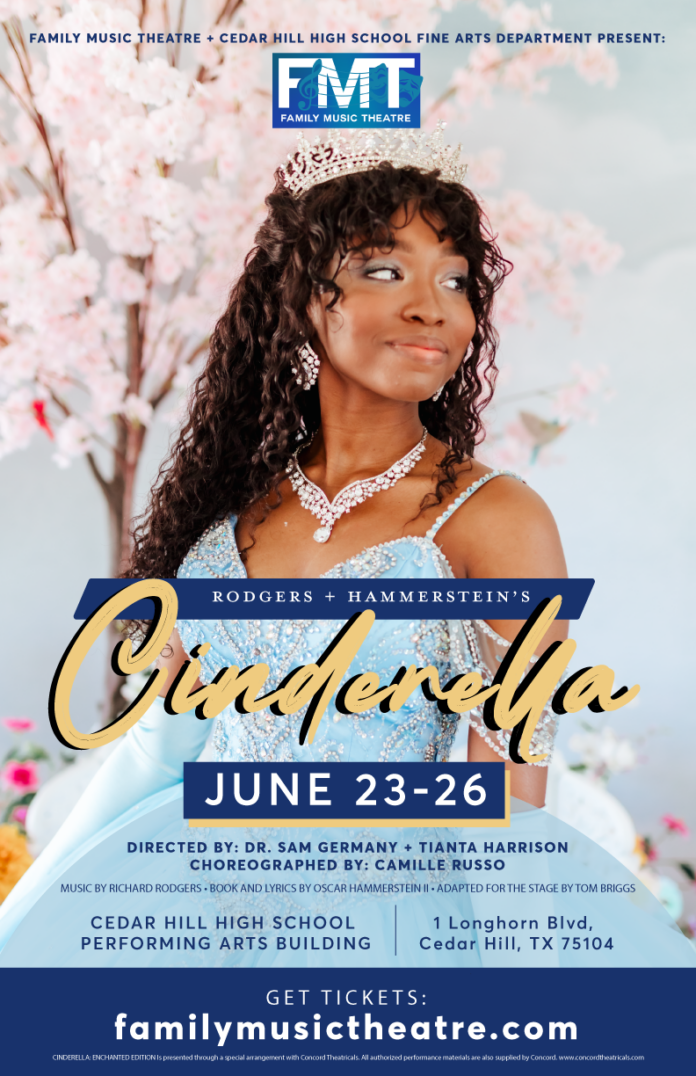 “This is a great opportunity for our Theatre Scholars to gain experience, prepare for college and work with other directors,” Cedar Hill Theatre Director Bethany Kennedy said.

The show will be directed by new Cedar Hill Assistant Theatre Director Tianta Harrison, who was the Theatre Director at Bessie Coleman Middle School the past two years, and FMT Director Dr. Sam Germany.

The cast is comprised of CHISD scholars – including eight scholars between the ages of 8-12 – and community theatre actors. Cinderella will be played by Kristia Golightly, a Cedar Hill High School Class of 2019 Graduate.

The cast began rehearsing in May, and Kennedy has been focusing on costume design for the production. She said the show will be good preparation for the Cedar Hill scholars, who will perform “Beauty And The Beast” in January.

This is the first time Cedar Hill Theatre has partnered with FMT, although Germany himself has collaborated with the district, most recently as the accompanist for “SpongeBob: The Musical” last January. A percentage of the ticket sales will go to the Cedar Hill Theatre Program.

Tickets are available at familymusictheatre.com