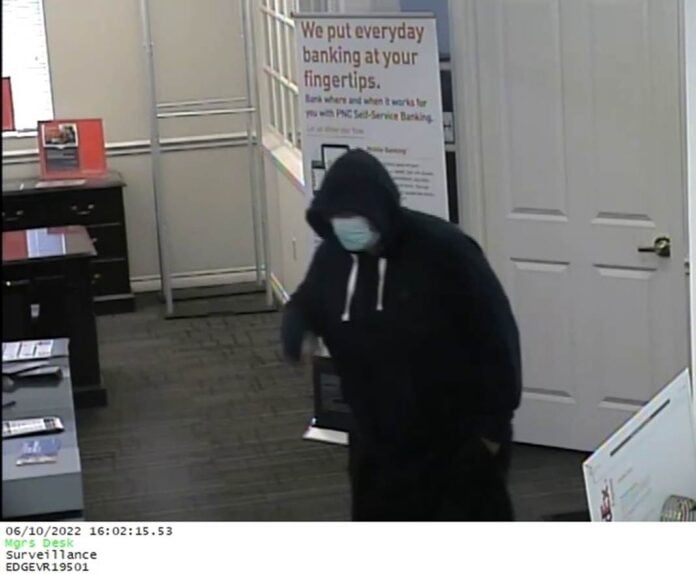 What Police Know: This Might Not Have Been His First Robbery

DESOTO – In the world of crime these days bank robberies are not that high on the list of criminal acts people looking for trouble try to pull off anymore.

It makes sense, because according to Lt. Chris Huerta, Public Information Officer for the DeSoto Police Department, FBI crime statistics show bank robberies are among one of the most solved federal crimes the FBI investigates.

Nevertheless, last week DeSoto Police responded to a bank robbery in their city.

“When an individual chooses to rob a bank, they are not only investigated by the local police agency but also by the FBI, police detectives and FBI special agents who have years of institutional knowledge investigating bank robberies,” Huerta explained. “This allows investigators to utilize investigative tools learned over the years, and with the advancement of video recording equipment currently used at banks, it makes it very difficult for individuals to get away with robbing a bank.”

The threat of getting caught apparently did not deter the suspect who entered the PNC Bank on Hampton Road in DeSoto last week, Friday, June 10.

DeSoto Police were called to the scene at around 4 p.m. responding to the robbery in which multiple eyewitnesses said the robber walked into the bank and up to one of the teller windows where he demanded money.

The suspect, a heavy-set white male in his late 50s to early 60s with a “salt-and-pepper” beard wore a navy-blue hoodie and prescription eyeglasses. Police said he is estimated to be between 5’10” and 6’ tall and is believed to weigh between 275 to 300 pounds.

“The tellers complied with the offender’s demands as they were trained to do,” Huerta said. “Although he did not produce a weapon at the time of the robbery, there was a concern that he might be armed with a weapon.”

The offender was last seen walking to the rear of the building, and Huerta said, “It is unknown how he left the location, or if anyone else was involved such as a getaway driver.”

The man is also believed to be the same suspect who robbed a PNC Bank in Arlington last Wednesday.

“We are not aware of any other bank robberies in our area involving this subject other than the one in Arlington,” Huerta added.

The last time the City of DeSoto saw a bank robbery was in 2014 when a subject robbed the bank inside of the Kroger.

This is still an active investigation. DeSoto Police ask anyone who recognizes the suspect to call the Southwest Regional Communications Center (SWRCC) at 972-223-6111 with further information.