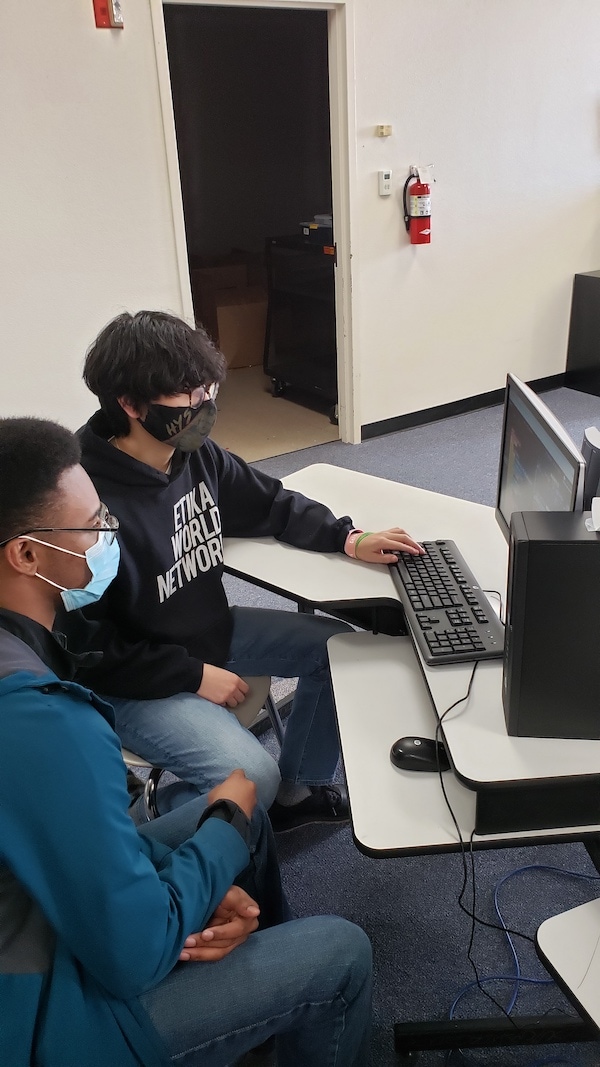 Were You Able To Learn About Robotics In High School?

(CEDAR HILL, TEXAS) Curtis Morgan is used to working with scholars on building robots that they take to VEX Robotics Competitions.

The COVID-19 Pandemic has changed many things, and one of them is the way Morgan, an Engineering Teacher at Cedar Hill High School, and his scholars approach robotics.

There are 80 scholars in Morgan’s Robotics I class and six in Robotics II.

Instead of physically building robots, the scholars are engaged in online coding competitions.

“In spite of all the hurdles, the first half of the year has been successful,” Morgan said. “The scholars create code and complete certain tasks during the competitions.”

Some scholars expect to use robotics in their chosen career field, but even if they don’t, the experience is valuable for them.

“I’ve been enjoying it, and I like that it’s online,” Cedar Hill senior Mauricio Garcia said. “I can complete the assignments at home and in the classroom.”

Garcia, who had previously attended a robotics camp, plans to study Astrophysics at Rice University, University of Texas or Texas A&M University.

Cedar Hill senior Devonte Ashley said “being around robotics is definitely helpful” as he sets his sights on a career in Environmental Engineering. He plans to study at Baylor University, University of Texas or Texas A&M University.

Morgan saw first-hand how robotics and automation made substantial changes in the workplace.

For 25 years, he oversaw the construction of warehouses at locations throughout North America – retiring from that position about a decade ago.

“Toward the end of my career in that profession, warehouses became fully automated,” Morgan said.

“Robotics crosses all disciplines,” Morgan said. “It gives scholars the opportunity to think outside the box.”