Sometimes Dave Candanoza has to remind himself that he has a job.

As owner of the Cedar Hill Roller Rink, he’s having the time of his life – a life that includes many memories that feature what is believed to be the oldest roller skating rink in the state of Texas.

“Most people say they have to go to work, I say I get to go to work. I love my job. I have met some amazing people,” Candanoza, also known as “Super Dave,” said. “”I’ve seen Super Bowl rings, national championship rings, wedding rings here. You never know who or what you are going to see at The Rink.”

The Rink, as it is also called, opened in 1956. Candanoza has done extensive research and his findings indicate that it is indeed the granddaddy of all roller rinks in Texas.

“As far as I know, it is the oldest. There is one in Dallas that opened in 1961, and one on San Antonio that opened in 1959,” he said. “I have looked all over the state, and those are the next closest to me. We are older than the Dallas Cowboys, who actually who were established in 1960.””

And, just like the Cowboys, the Rink has provided the area with many great memories.

“I have so many stories, I could write a novel,” Super Dave said. “They filmed an episode of ‘Benji’ here, the little dog. We also were a location for an indie film that was supposed to come out in July, but of course everything has been put on hold.

First Aid On The Fly

“I had this one little girl who ran into the wall and broke her forearm. I had some 1×4 boards cut in small pieces already, so I put them on either sides of her arm, put two paper plates around that and wrapped it in duct tape. Her arm was immobilized so super fast, then she was off to the doctor.

“I have a fraternity from SMU that has been coming out here for about 11 years now, once a year. I was eating dinner in downtown Dallas one night with a friend, and in the corner of my eye, I could see this guy looking at me. A little while later he came to my table and said that I looked so familiar to him, but he could not place me. I told him that I owned The Rink, and in an outside voice, he hollered out, ‘Are you Super Dave?’ I looked at him and said, ‘Sigep,’ that’s the fraternity that comes out.

“He asked to take a pic with me real quick, then he went back to his table. My waitress was standing right behind him. She was shocked. She said, ‘Are you famous? Should I be asking for your autograph?’ I cracked up.”

On his way out, Super Dave paid the guy’s bill, without telling him, of course. Then, as he was exiting, he said he saw something that to this day makes his heart melt.

“As we walked by their table, he showed me something I will never forget. He posted that pic on Facebook, and one of the comments on there was, ‘Omg, that’s Super Dave, some of my best memories of going to SMU, was partying with him at the Roller Rink,'” Candanoza said. “That made me feel so great, to read how people still remember me and The Rink.”

Owning A Piece Of History Is Personal To Candanoza

Candanoza came to work at The Rink in 2001. He bought it in 2006, understanding that he was purchasing a piece of history – one that included his own childhood.

“My mom used to bring my two brothers, René and Ricky, here when we were kids. It’s crazy to think that I now own it,” he said.

When The Rink, it was under a tent. The next owner added a building, with two big swamp fans in the back, to cool the place, then air-conditioning came later. When Candanoza bought it, he added an entirely new AC system and a brand new roof.

On the inside, Victor had a jukebox playing all the music, and a light bulb system that let people know what kind of skating was going on. There were light bulbs along the walls of the skate floor. If they were green, it was all skate, blue was boys only, pink was girls only, blue and pink was couples only, and all three was a speed skate.

“He eventually took the jukebox out and added a DJ booth. I need to bring that light bulb system back,” Candanoza said with a laugh. “I expanded the actual snack bar and took out a table. Then, I did it again and took out one more table. It’s now more than double the original size. Other than that, everything is pretty much the same.”

Candanoza said The Rink specializes in private parties, a little different from other roller rinks.

“Every other rink hosts a ton of public parties and maybe a couple private ones. I’m way the opposite. I rent The Rink out for two-hour private parties at about $100 less than any other rink in Dallas,” he said. “I’m a smaller rink, but it’s fun here. I like to play a lot of skate games, and if you come to me with a new game, I will name it after you, like Jay’s Corner or Jackson’s Tag. I put in a ton of black lights, so if people wear neon clothes, they will glow, very bright.”

Candanoza even organized a kickball game that was played at a very famous site, Crawford, home of the ranch of former President George W. Bush, also the former owner of the Texas Rangers baseball team.

“My team lost to team (Tom) House (former Texas Rangers pitching coach) by one run. Bases loaded, last inning, two outs, my best and strongest kicker up, he mis-kicked the ball and it went sky high, the pitcher ran and caught it, for the final out,” Candanoza said. “Did I mention that the pitcher was his baby sister? I was in shock, but I was so happy for her. That became an instant Rink legend, which we will never forget.”

Skating Is Still A Popular Pastime

Once one of America’s most popular pastimes with young and old alike, the activity of skating is facing more and more challenges these days, Candanoza said. The once-popular video game machines can now be played on phones. Still, there is something about The Rink that keeps bringing them back, he said.

Leticia Ball said, “Skating parties are a classic right of passage of childhood. I spent many Friday nights at the skating rink for school PTO events and birthday celebrations of my own. Having a local option to create those memories with my kids and their friends is a treasured experience. A true vintage rink makes the memories even sweeter. It’s wonderful that Cedar Hill has kept the nostalgia alive by preserving a fun family friendly spot to continue the skating rink experience for my kids and their friends.”

And yes, COVID-19 has taken a little bit of a bite out of activities, but there’s still plenty going on there.

“With all this Covid mess going around, it’s taken away a lot of my little kid private birthday parties. But on the other hand, my adult parties have tripled. It’s crazy,” he said. “As far as my skate sessions go, I am probably down about 30% from where I used to be. That’s a bummer, but I’ve had so many parents tell me, ‘Thank you for staying open.’ That makes me feel great.

“We battle COVID by wiping everything down after and during every party or skate session. We disinfect the skates after each use. I should by some stock in Lysol,” he added with a chuckle.

Two other popular activities at The Rink have been Roller Derby and lock-ins, both of which have taken a hit – for now, Candanoza said.

“We still do Roller Derby. It’s just practice right now, but as soon as we can, we will start up our bouts again. The goal is some time in the first of 2021. It’s very popular. I always have a great crowd that comes out to watch, and, as in any sport, you always root for a team or a special player, so some of my girls have fans. It’s fun to read some of the crazy signs people bring out.

“The pandemic has killed my lock-ins, but we used to do them the first Saturday of every month. And it’s killed my RD bouts, but it won’t kill them forever. My stuff will comeback with a vengeance”

Given The Rink’s history of longevity, there’s plenty of reason to believe it will be around for a long time yet, long after COVID-19 has been taken under control.

“We must be doing something right since we have been able to stay open for so long,” Candanoza said with a smile. “I think that at least for my rink, part of the allure here is all the stuff we do.” 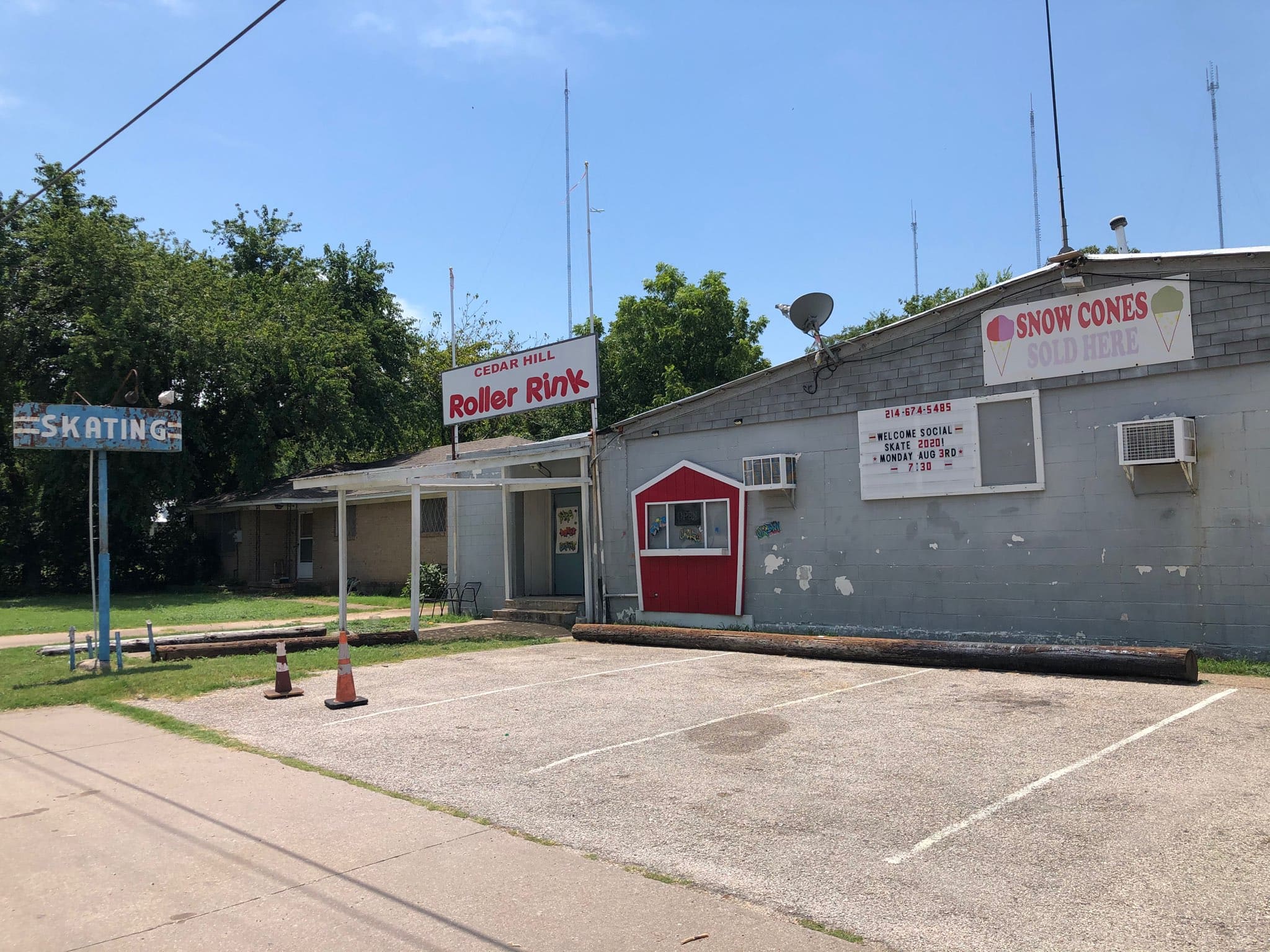