Battle of the Beltline Went Down To The Wire

The “Battle of the Beltline” did not disappoint as Cedar Hill (8-2) was able to pull off a nail biter as the Longhorns win 28-27 over the Desoto Eagles (8-2). The crowd was rocking as these two powerhouse teams collided.

At first, it seemed that Cedar Hill was going to run away with the game as they took a 14-0 lead with the help of Kaidon Salters. The Eagles roared by as they were able to put together a nine play drive and capped it off with a 21 yard touchdown pass from Samari Collier to Lawrence Arnold! That was the spark that the Eagles needed as they were able to kick two field goals to go into the half trailing by only 1 point.

As the second half started, Cedar Hill was able to take control of the game with a drive that consisted of six straight runs. Longhorns quarterback Kaldon Salters was then able to complete a pass that went 31 yards to Quin Bright to extend the lead to eight points.

The never say die Eagles were able to come back in short order. They stormed down the field and scored on a 19 yard touchdown pass from Samari Collier to Ashtyn Hawkins!

As the fourth quarter started, Cedar Hill’s quarterback Salters kept his team focused. He was able to lead his team in for a two yard touchdown run to take a 28-21 lead in the 4th quarter.

You could not ask for a better storyline than the Desoto Eagles having the ball on their own 22 yard line. Fans on both sides knew this would be the drive that would make or break the Eagles or Longhorns. The result, DeSoto’s Eagles were able to drive down the field and score a touchdown! The Eagles only needed one point to send the game into overtime, but what fun would that be when only six miles separates the two schools. In a dramatic move, the Eagles decided to go for two points. However, Cedar Hill was able to hold them. And the Longhorns wrapped up the game with a narrow victory.

Both teams played with heart but, Cedar Hill wins the 7-6A district. Anyone interested in purchasing photos from the game can contact John Askew. 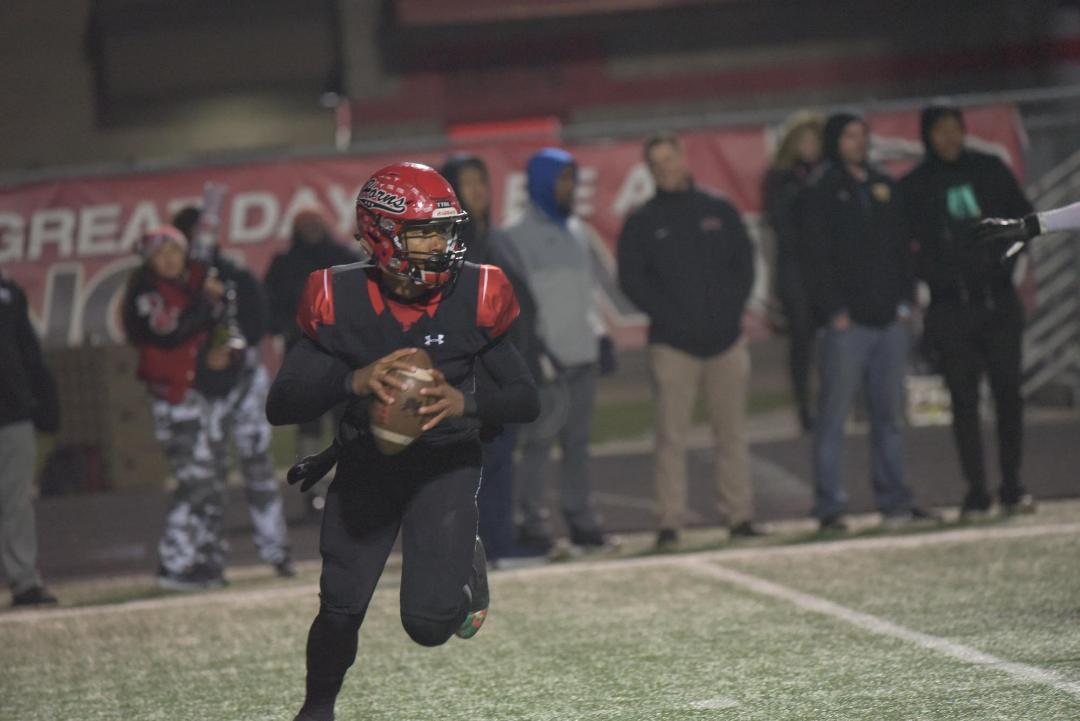