Lt. Colin Chenault held a press conference Wednesday evening detailing the arrest of a suspect in the Cedar Hill shooting.

Chenault related, “Shortly after 7:30 this evening we were notified by the U S. Marshalls office that Silvestre Franco Luviano was taken into custody in Georgetown, Texas. We obviously breathed a sigh of relief when the person that we believe is responsible for a string of violent offenses in our community and in Dallas on Sunday night is now off the street.”

“Our work is far from over,” Chenault continued. “Detectives from Cedar Hill and Dallas Police Departments are on their way to Georgetown now. The process of extradition to Dallas County will be a part of the next steps as will the continuation of processing of physical evidence and case preparation.”

No Motive In Cedar Hill Shooting Revealed Yet

Ruben Moreno, 23, of Duncanville and Walton Betts , 44, of Cedar Hill were murdered by Luviano Sunday evening in Cedar Hill. Chenault said the families of these victims have been notified of the arrest and they are relieved the suspect has been caught. He continued saying that he regrets the lives of the families of the victims have been changed forever by this tragedy. “We hope that this helps to bring them to some process of closure in their grieving.”

“We take great pride in serving this community. We greatly appreciate the support and confidence they have shown in us (the police and department in Cedar Hill) to keep Cedar Hill safe. Chenault also thanked “our media partners” for their patience and diligence in helping to catch the suspect.

Chenault continued that detectives have been working long sleepless hours and are very relieved because they recognized the necessity of getting the suspect off the streets as quickly as possible.

No statements have been reported  as made by Luviano as to why he went on the shooting spree. At this point, Chenault said “The Sheveport location is something that came up early on in the investigation. It was ruled out fairly quickly, especially after the vehicle was recovered in Georgetown. We then paid more attention to the Georgetown area.” 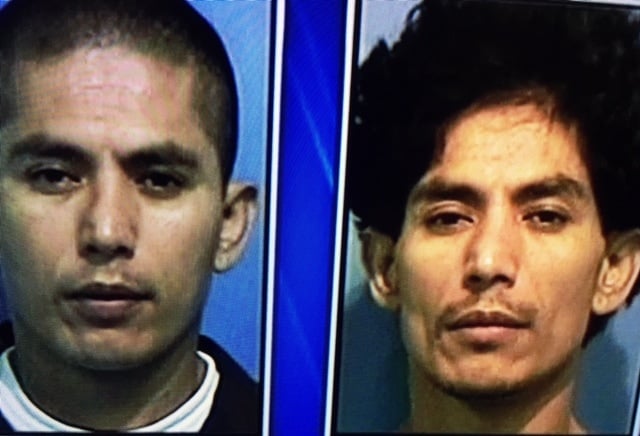