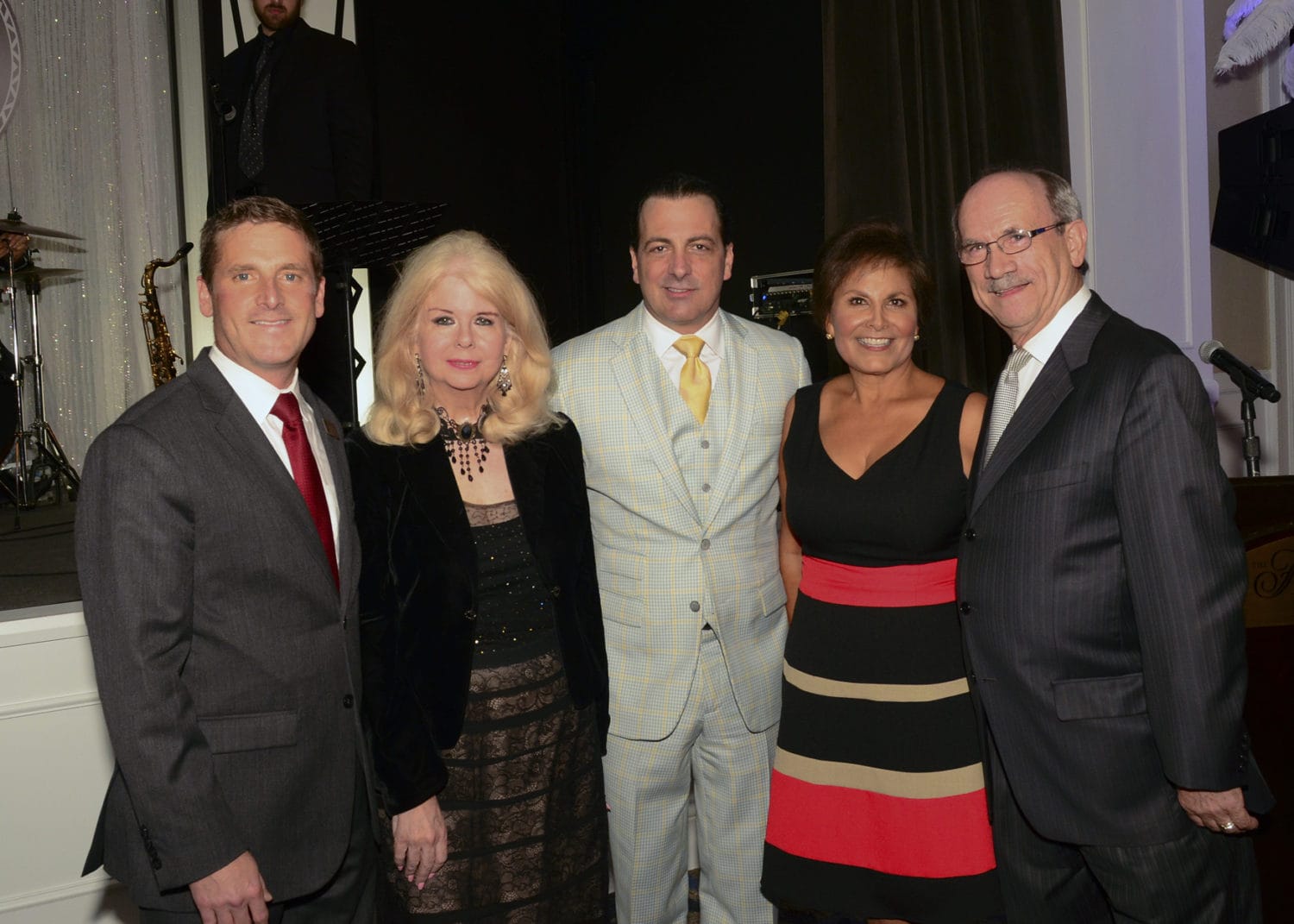 The renovated Venetian Room at the Fairmont Dallas opened its doors September 15 to a crowd of movers and shakers. Many of them were there to share their memories of wonderful times in years gone by at the storied showroom, which opened in 1969.

Sparkling just as brightly were the elegantly attired socialites who flocked to the Venetian Room on a regular basis. No one could pass up the opportunity to see their favorite entertainers perform in such an intimate showroom. The great food and beverages served in the Venetian Room were also a big draw. Several people at the opening, longingly remembered the decadently delicious chocolate and Grand Marnier souffles that were a specialty of the chef.

To commemorate the debut of the newly renovated Venetian Room, Fairmont Dallas collected memorabilia including historic photos, news articles, books and souvenirs from special celebrations held in the show room. The memorabilia will be placed in a time capsule and buried under the legendary stage for future generations.

Tomas de la Mata, the beloved maître de of the Venetian Room for many years, was on hand and in demand for photos at the September 15th opening. Hunter Sullivan and his band entertained the crowd, and television icon Gloria Campos emceed a short program. She introduced socialite/author Nancy Smith, who donated a copy of her book “The Reagan Years” to the time capsule.

The most frequently asked question by those attending the Venetian Room’s opening celebration, “Will there be entertainment again?,” went unanswered. Several commented that Dallas was sadly lacking an elegant, intimate supper club like that offered by the Venetian Room during its glory days. While no one with the Dallas Fairmont, from GM Dan McGowan to the servers, would confirm this, rumors floated among the party-goers that “perhaps, maybe” the new Venetian Room would have entertainment again.