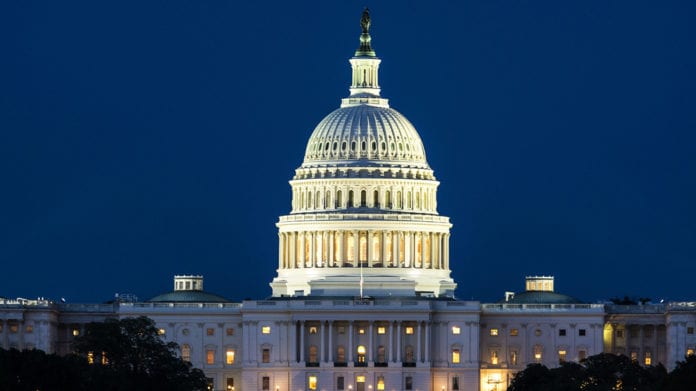 “Sen. Schumer and the Democrats would rather keep the government shut down in service of raw political gamesmanship,” said Texas Senator and former Presidential hopeful Ted Cruz. “Their position is no compromise, no negotiation, and no wall, no matter what, despite the fact that the Democrats have previously voted overwhelmingly to build the wall. Now, it’s just politics; their extreme position is driven by hatred for the president.”

The Democratic bill would have reopened the federal government through early February and included $12.1 billion in disaster aid. It received 52 votes, failing to move forward as well.

Neither measure was expected to succeed.

“It appears that it is a human game of chicken in my opinion. Nobody wants to give. In a sense we are being held hostage,” said Glenn Heights Place 3 Council Member Jeremy Woods. “The lack of humanity from these people in Washington who are still getting their check … is appalling.”

Woods, has worked as a Senior Disclosure Specialist with the Internal Revenue Service (IRS) for the last 13 years. His wife is a retired IRS employee. This is not the first government shutdown that they have endured.

A Month With No Income

Two paychecks into the longest government shutdown in history and workers are hurting.

In 2013, Republican lawmakers led by Senator Ted Cruz, attempted to defund the Patient Protection Affordable Care Act which led to a 16-day federal government shutdown. While both events led to the furlough of over 800,000 federal employees, Woods says this one feels different.

“In the previous shutdown even though we missed a pay check; it was within days later we got paid,” he said. “Now there is a sense of uncertainty. It is a little more dire because we don’t know when we are going to get our next paycheck.”

A number of Trump supporters are rallying for the shutdown to continue until the funding for a border wall is released. At the same time federal workers are forced to make life or death decisions daily until a compromise is made.

Social media has been wrought with statements alleging that the shutdown is not really affecting their neighbors as much as the media has portrayed.

“Some people are just hateful and it is sad. I have heard it all,” says Woods. “They figure because we are government employees that we get a decent pay … but it does not negate the fact that when bills are due you still have to find a way to satisfy those debts.”

There have been reports of workers going without life saving medications, the threat of food assistance programs going unfunded and the list goes on.

“Speaking for myself I have been blessed. I have been trying to do some deliveries for Uber Eats to supplement my income. My financial institution has been able to loan me close to what I would normally get paid. And when the government finally reopens I would have to pay them back at 0% interest,” explains Woods.

Not everyone is bowing to partisan views. A number of companies and individuals are stepping forward offering food, gift cards, rides, etc. to furloughed employees. Especially those who are considered essential and must work without pay.

“The Food Bank is prepared to support hungry North Texans,” said Dr. Valerie Hawthorne, Government Relations Director for the North Texas Food Bank. “We are working with our partner agencies to ensure their current and future needs are met. However, a shutdown of this length has never occurred before, causing us to examine our supply sustainability. We are calling on the support of our generous neighbors to help us continue to feed those impacted during these unpredictable times.”

Even more harrowing are reports that federal employees may be penalized for accepting donations during this time.

Under the law, federal workers cannot receive any “contribution” or “supplement” to salary as compensation for services. Meanwhile, they can receive some gifts but they have to be worth less than $20 and cannot come from a person or company who works with the agency.

If cited, workers may be subject to penalties of up to five years in prison, $50,000 fine, or potentially have to pay back what they receive.

“That is true in our line of work when we are conducting official business, however we are in a crisis to where people are not able to do everyday things. From toiletries, to getting groceries,” says Woods. “I don’t think that its rational to think that we won’t accept help. I feel that it would be foolish for someone to discipline an individual just trying to get by.”