Abbott said, “Today, we are announcing more legislative proposals to do even more to protect our law enforcement officers as well as do more to keep our community safe.”

Here are the proposals from Governor Abbott that would turn rioting-related offenses into felonies:

As protests and advocates continue to call for meaningful police reform and transparency in Texas, Gov. Greg Abbott today announced proposed legislation that would result in harsh penalties for those exercising their First Amendment right to protest.

The governor’s proposal would create felony-level offenses for protestors and civil penalties for those that organize them.

Andre Segura, legal director for the ACLU of Texas, had the following reaction:

“Communities throughout Texas continue to express outrage over the lack of justice and accountability for the unlawful use of deadly force by police and the tragic loss of Black lives. And last night, in the wake of the decision to not criminally charge any of the officers for the death of Breonna Taylor, Texans took to the streets to demand immediate police reforms.

“Rather than heed calls for reform, Governor Abbott has decided instead to villainize and deter those who wish to assert their constitutional right to make their voices heard. Feeding into what are simply trumped up conspiracy theories about outside agitators, it appears now that Abbott seeks to trample over the Constitution by threatening to criminalize organizations who assist and mobilize individuals to exercise these rights. We have not seen the language, but the Governor’s words matter, and as described, the Governor’s proposal should raise alarms for every American. The ability to express dissent and demand justice is, for many, the only way to create change, and we will not allow our government to silence us.”

“Abbott is on the wrong side of history. Protests are not crimes. They’re outpourings of grief from our fellow countrymen and countrywomen, and the First Amendment is supposed to protect them. If he wants to attack the Bill of Rights and organizations like ours who exist to defend those rights, I guess I want to know what he thinks he’s protecting instead.” 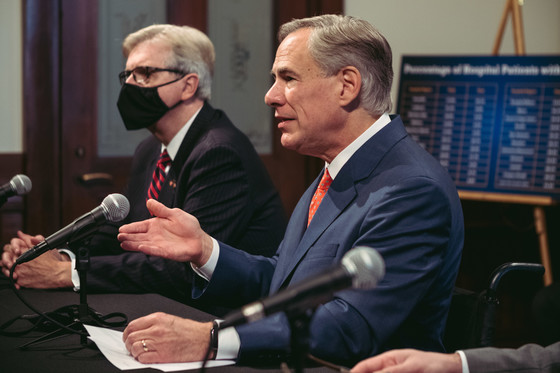