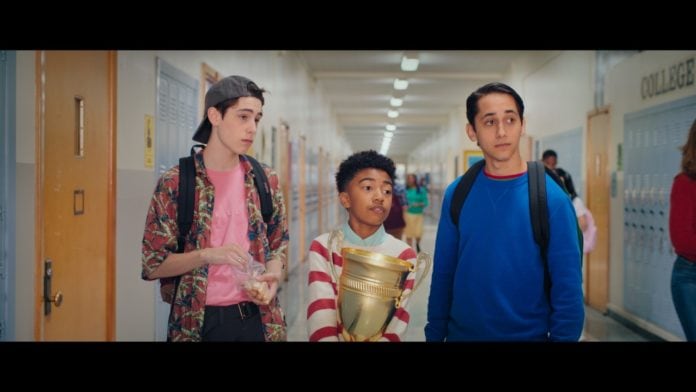 WTxFF Founder & Artistic Director Justina Walford said, “It is getting harder and harder to contain within four days all of the amazing films I find. Women Texas Film Festival has grown every year and we have nearly doubled in content. Three locations. 17 features. So many short films that we selected out of an ocean of compelling short film submissions. And since our goal is to show the range of the female storyteller, you will see every genre, every style. The notion of gender behind the camera takes a backseat to the grit, emotion, and vision projected on the screen. As it should.”

A special event Aug. 16 celebrates the opening night film CRSHD, about three high school girls trying to crash a party where their “crushes” are expected to be. The Friday night screening of Emily Esperanza’s film, “Make Out Party,” also features a live band, a DJ set, and a feminist spin on a kissing booth.

Methodist Dallas and Hitt Auditorium host selected films with a more dedicated and focused conversation to the topics addressed. This provides a forum for candid, enlightening dialogue with the audiences. Many of the panels will be co-moderated by a representative from Methodist Dallas.

Film festival passes and tickets are on-sale now. VIP passes are $75 and allow access to all films, parties, and events. Student passes (including access to all WTxFF parties and events) are $35. Individual tickets are $11. For more information on the Women Texas Film Festival go to WomenTxFF.org.