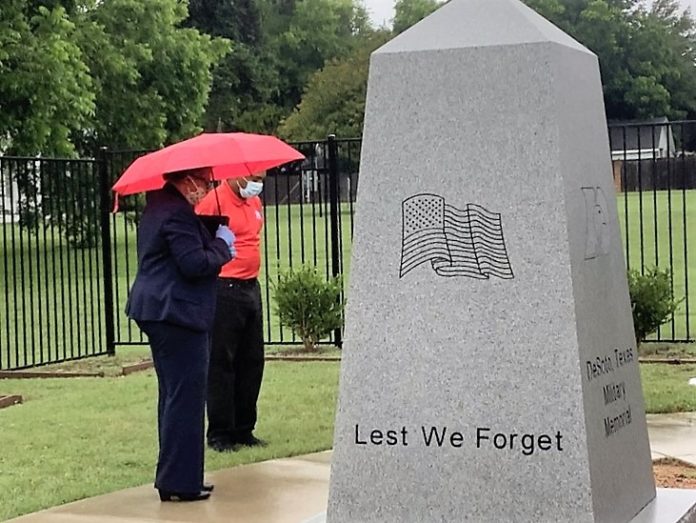 DeSoto- The City of DeSoto’s Veterans Affairs Committee braved the rain and gathered at the DeSoto’s Military Memorial at historic Nance Farm on Memorial Day (Monday) morning at 10am for a Remembrance Ceremony to honor of the brave members of the US Armed Forces who gave their lives to protect us and maintain our freedoms. 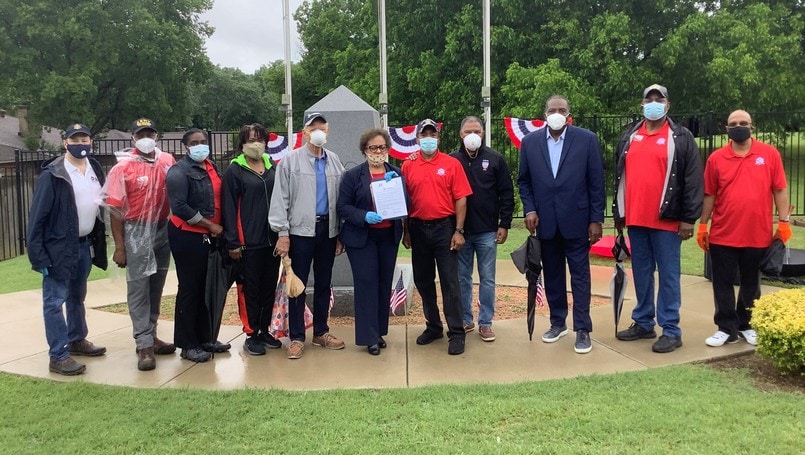