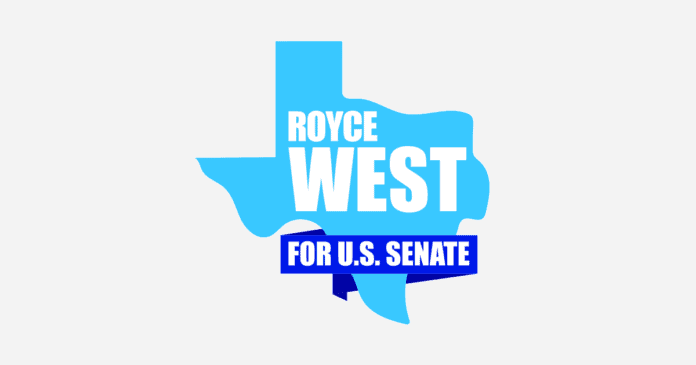 Michael Cooper, a Beaumont pastor, former candidate for United States Senate, and President of the NAACP of Beaumont, announced his endorsement of Senator Royce West in the upcoming Democratic Primary runoff election in Beaumont Thursday morning.

Bell won more than 20 counties across Texas including a number of West Texas and Texas Panhandle counties such as Potter and Randall Counties, as well as Brazoria County along the Texas Gulf Coast, earning more than 158,000 votes in the March 3 Democratic Primary.

“I believe Senator West’s experience in the Texas Senate is invaluable in this race. He is the only candidate now in this race with experience as an elected official in Texas,” Bell said. “Senator West is a leader in the Texas Senate on such issues as banning assault weapons, protecting women’s rights, and higher education, and has been for more than two decades,” Bell said.

Among the reasons Cooper cited as endorsing West was his strong work on education and higher education issues, criminal justice reforms, and voting rights issues.

Cooper noted, during the course of the campaign, he had the opportunity to visit with Senator West on a variety of issues, that helped demonstrate that West is the most qualified candidate in the runoff.

Bell said he believed West was the only person in the race who could turn Texas blue.

“I am confident Senator West is the only person now in this race who can build the coalitions necessary to turn Texas blue this November,” Bell said. “Senator West is also a fighter, and I’m confident he’ll hold John Cornyn accountable for the many instances he’s let down Texans by siding with Donald Trump and the GOP establishment,” Bell continued.

Bell, a Houston attorney and former journalist, served on the Houston City Council and represented Houston in the United States Congress prior to the 2003 mid-decade redistricting scheme engineered by former U.S. House Majority Leader Tom DeLay (R-Sugar Land). He later served on the national board of NARAL Pro-Choice America.

Cooper, the founding pastor of Beaumont-based The Church of I Am, won San Augustine and Jasper Counties in deep South East Texas, and came in second behind West in Jefferson County with 23.5 percent of the vote in the March 3 primary.

“Chris Bell is a leader in the Democratic Party. His courage in taking on Tom DeLay is the stuff of legend among Texas Democrats,” West said. “I am honored to receive Chris’s endorsement, and am grateful for his service to our state and our party,” West said.

“Michael Cooper is a strong leader in Beaumont, and has, through his work with the NAACP, been an advocate for criminal justice issues and racial equality. I am excited to have him on Team West, and look forward to working with him to defeat John Cornyn and turn Texas blue in November,” West said.