Spider-man: Far From Home is great entertainment. Thankfully, Columbia Pictures new release is rated PG-13 so the teenage audience who will adore this movie can see it.

Sixteen-year-old Peter Parker (Tom Holland) tries to avoid his new Avengers leadership role. The role was bestowed upon him by his hero, Tony Stark/Ironman, prior to his death in Avengers: Endgame.

Like most teenage boys, Peter just wants to have fun and make time with his crush, MJ (Zendaya). After all, it’s his school’s field trip abroad. So he leaves his Spider-Man suit at home, with no inkling of the chaos that awaits his group in Europe…starting in Venice.

The newest Avengers episode is based on the MARVEL Comic Book by Stan Lee and Steve Ditko, with screenplay by Chris McKenna and Erik Sommers. The film is directed by Jon Watts, and also stars Jake Gyllenhaal as Quentin Beck/Mysterio. A dashing Super Hero from another dimension, he’s come to help Earth defeat a horrifying new threat, The Elementals.

Samuel L. Jackson returns as Nick Fury, along with Cobie Smulders as Maria Hill and Tony Revolori as Flash Thompson. Also featured in the cast are Jacob Batalon as Peter’s BFF Ned; Angourie Rice as classmate Betty Brant; and Martin Starr and JB Smoove as the harried teachers in charge of the student trip. Marisa Tomei plays Peter’s Aunt May Parker, and Jon Favreau is Happy Hogan.

After the tragic events of “Avengers: End Game,” the new Spider-Man is the hoped-for light at the end of the tunnel. Is young Peter Parker up to the task of saving the world and its inhabitants from death and destruction? What do you think?

Happily things are looking up–at least, better than before in the Marvel universe. Sony has delivered a delightful antidote to the two previous, much darker episodes of the Avengers. Peter Parker may be young, but our friendly neighborhood Super Hero is still way too smart for those evil-doers out to destroy his world. Now if he can just figure out how to sweet talk girls like MJ.

Spider-man: Far From Home opens wide in Dallas July 2. Better get those tickets fast, it’s already bringing in big bucks to other countries like China, where it opened last week to multi-millions. 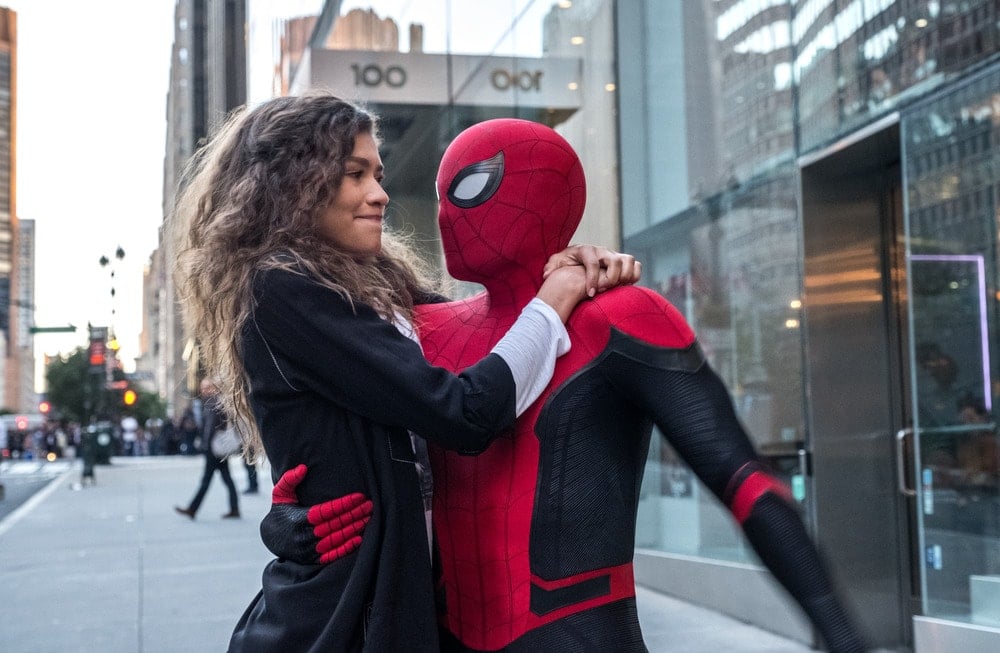