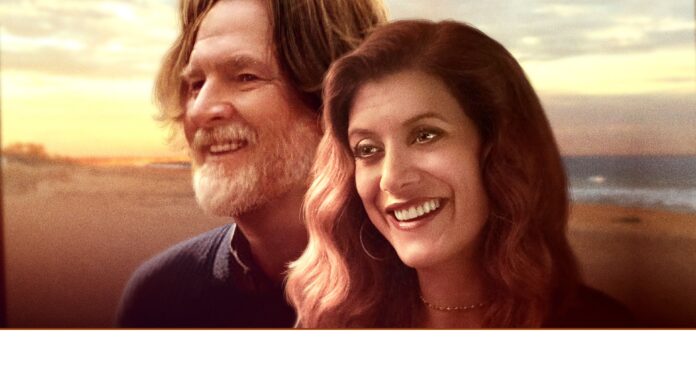 “Sometime Other Than Now” is a drama/romance starring Kate Walsh (Grey’s Anatomy, Private Practice) as Kate, the owner of a run-down travel lodge in a small New England coastal town. Enter a mysterious stranger, Sam (Donal Logue), who apparently crashed his motorcycle into the ocean just outside town.

Savvy viewers like you and me immediately sense that Sam and Kate will get together sooner than later (or sometime other than now, as the film title insinuates). Both are lonely, lost souls who don’t trust many people but seem destined to find each other.

While Kate left a career as an attorney in a metropolitan area to return to New England and care for her dying father, she seems stuck there after his death. Instead of selling the run-down motel for a good price, she tried to run it almost single handed. Sam turns out to be a great tenant, helping her fix broken doors and pipes while waiting for his bike repairs.

We learn that Sam has an estranged daughter, Audrey (Trieste Kelly Dunn) that he hasn’t seen in 25 years. Always a wanderer at heart, Sam abandoned Audrey and her mother 25 years earlier and hasn’t seen her since. Kate encourages Sam to mend things with Audrey, now a single mom who’s raising a precocious young daughter (Alexa Swinton).

Sparks finally start to fly between Sam and Kate, while it takes a little longer for Audrey to finally forgive him for leaving her behind. Also featured in the film are Amy Hargreaves as an attractive local bartender; David Aaron Baker; Sarah Jes Austell; and P.J. Marshall.

Sometime Other Than Now

While “Sometime Other Than Now” seems to move a little slow at times, true romantics who love a good love story will be rewarded by watching till the end credits roll. Written and directed by Dylan McCormick and produced by Stan Erdreich of River Bend Pictures, Michael Goodin of Monolith Picture, Jackie Filer; and Christopher Walters. The PG-13 rated film runs 1 hour and 29 minutes, and opens in theaters and on demand March 5.