We received notification from Dallas P.D. that their officers conducted a traffic stop on the suspect car at a convenience store. DPD Officers found our Officer’s police identification in the suspect car and the vehicle was determined to be stolen. Four of the juvenile suspects have been arrested and will be referred to the Tarrant County Juvenile Court. A weapon was also found.

“The information we have right now leads us to believe this was a crime of opportunity and the officer was not targeted based upon his affiliation with law enforcement,” said Chief of Police Al Jones. “Regardless, this armed robbery could have happened to anyone in our community so we are asking the public’s assistance in identifying those involved. We are grateful for our colleagues in Dallas who made a traffic stop and detained the teenagers implicated in this offense.” 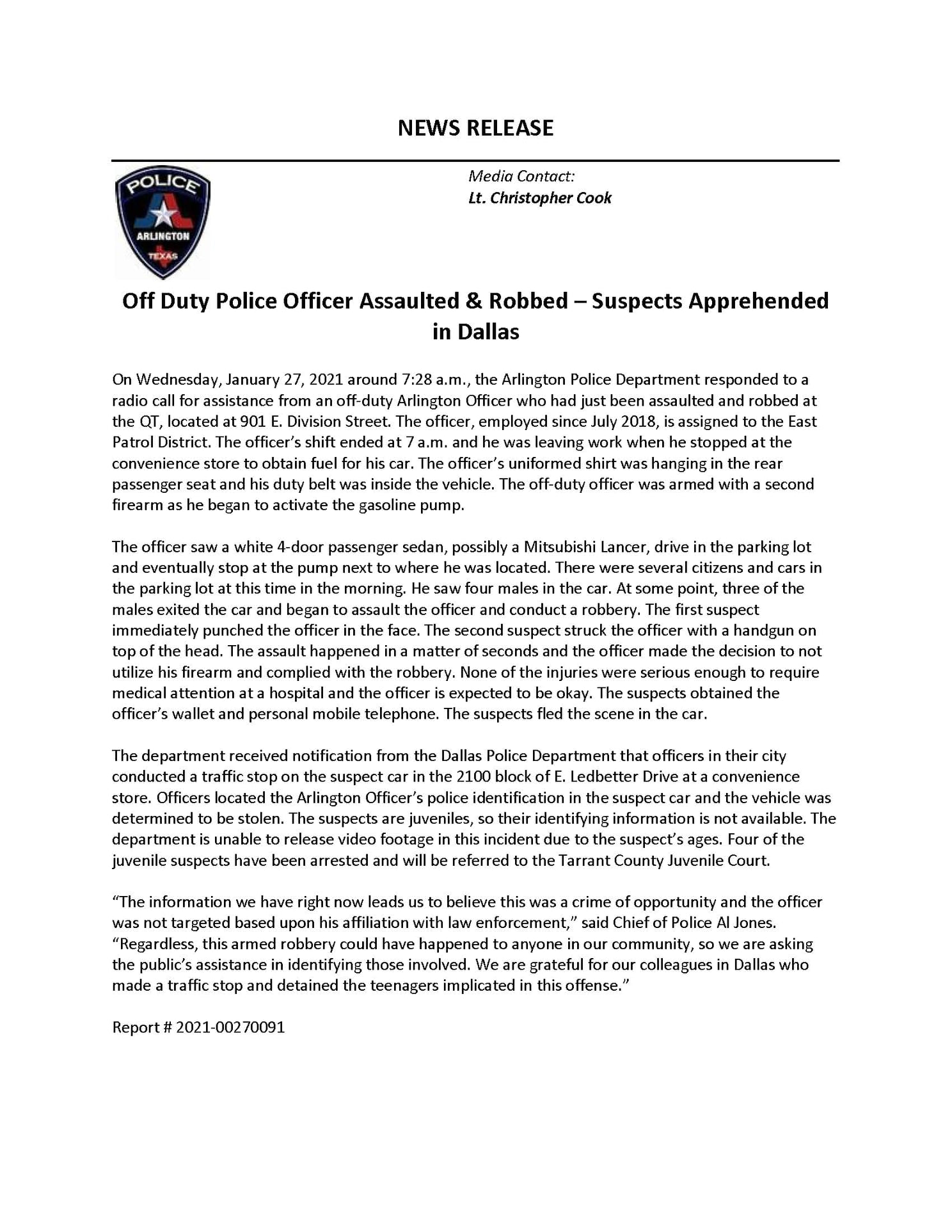 Around 7:30 am today, one of our patrol officers had just got off work and went to the QT at Division and Collins to fill up his car with gas. This white 4-door passenger sedan, possibly a Mitsubishi Lancer or similar-style car, parked next to him. It was occupied by four males.

All four suspects are described as black males, possibly teens or early 20s. Once Arlington Police obtain the surveillance video, they will release it.

The officer did not go to the hospital and is going to be okay. Please share far and wide with your network of family and friends. Anyone with information is asked to contact Arlington Police Department or 9-1-1.

Although the Office was armed with an off-duty weapon, he felt like he was outnumbered and made the decision not to engage. Arlington Police said the Quick Trip is probably one of the busiest QTs in Arlington, and a robbery at this time of the morning is a little unusual. Police feel like it was a crime of opportunity, but also feel like the suspects have ‘done this before’.