On the Rise Again, Or One Day Fluke?

Dallas- New COVID-19 cases in Dallas had been declining, and with fall around the corner it seemed like Dallas was headed in the right direction. But today’s report of 843 new COVID-19 cases, remind us the virus is still out there. This is the highest single day report of new cases in two weeks.

While cases in Dallas and other nearby counties have seen a recent decline, deaths across the state are increasing. Today, Dallas County reports four additional deaths but in the state this week 1,506 more deaths were reported than last week.

While testing and demand for testing has decreased the positivity rate for the state has increased. The Texas Health Department said its seven-day average for COVID-19 positivity rate was 19.41% on Saturday. That’s a record high for our state, the previous high was reported in mid July.

Texas DSHS says “Texas is showing positive signs with fewer new cases and hospitalizations, but a new spike in cases could overwhelm Texas hospitals.” With flu season right around the corner, DSHS urges Texans to get their flu shot.

If you have fully recovered from COVID-19, please consider donating blood plasma. Convalescent plasma has specific antibodies to COVID-19 that can help those with severe infections. Learn more: https://bit.ly/2K7JxY1 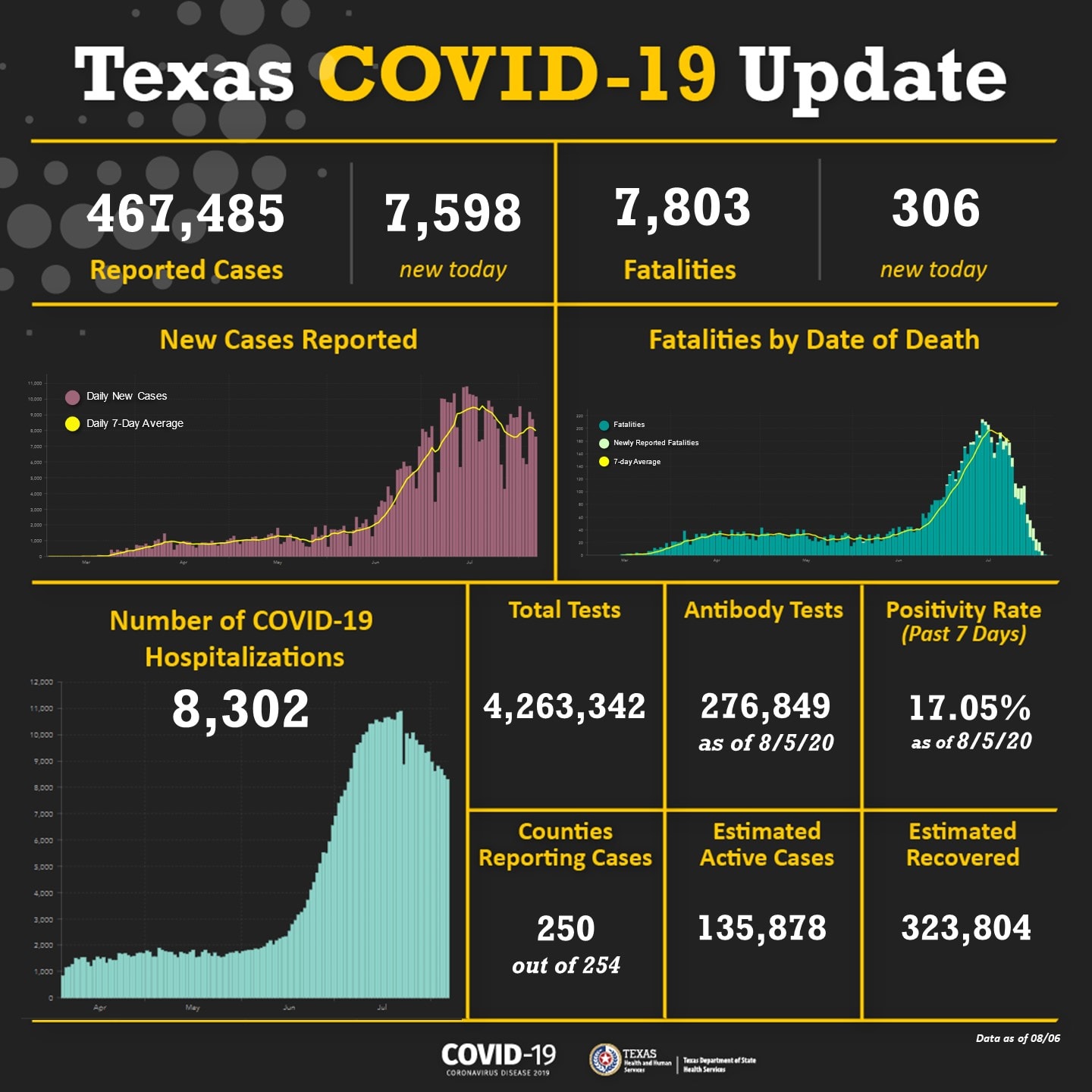