David McGhee reflected on his first interview for a baseball head coaching gig at Ouachita Parish High School in Louisiana.

“I’ll never forget the interview for the job. I went through my philosophy about hitting with the head coach. He said, ‘That sounds really good,’” McGhee said. “He then laid back in his seat and put his feet on his desk and said, ‘You know a lot about hitting but can you hit fungo?’

“I said yes, and he then took me out to practice and watched me hit fungo. I hit a few rounds to the infield and he said, ‘Alright, you are hired.'”

It was then McGhee was informed he was taking over a traditionally bad hitting team.

“We ended up being a 33 seed for the playoffs and Louisiana took the top 32 teams,” McGhee said with a smile.

McGhee has since been a part of turning programs around – and now he’ll get hit latest chance as the new head coach of the DeSoto Eagles. DeSoto has been a perennially down program, though McGhee sees potential in his new program.

“I’ve been in the same district the past four years, so I’ve been able to scout and coach against them. DeSoto has had some talented players on those teams, but just couldn’t seem to put it all together,” he said. “Coach Graves the past few years had them going in the right direction. I know the caliber of athlete that DeSoto has produced in their sports in the past.

“The best way to turn things around is through hard work and sweat equity. That starts with me. I have to be the model of what I want the kids and the program to be. Trust me it won’t be a country club atmosphere out there at all. It will be a very blue-collar environment like the community.”

Play to be the best

McGhee then recalled some words of wisdom from a friend.

“The great Tony Robichaux, former head baseball coach at Louisiana Lafayette, told me once, ‘We want kids that want to be elite and not just attach themselves to something elite.’ That is what DeSoto baseball will be about,” he said.

“DeSoto also has a strong baseball alumnus. I want them to be involved with the program. We will have events to get them out to the ballpark and to have them around the program. If the kids understand the past success of the DeSoto program, hopefully that will give them more pride in the program.”

McGhee knows how to win and how to turn a program around. His experience includes coaching several select teams, and most recently, his D-BAT team of 2019 featured 17 of its 19 players that are currently playing college or professional baseball. This success led to his current position with D-BAT as the high school director of recruiting and the general manager of the youth program.

He started his coaching career at Grace Christian School in Alexandria, La., a school of about 200 students total in grades K-12. They earned a playoff berth.

“I believe this is where I became a better coach,” McGhee said of North Crowley.

Senato said the Panthers were 19-96 over a four-year span before their arrival. In their second season the team had a winning record and the third season they reached the playoffs.

“He was a big part of that turnaround,” Senato said. “He is an outstanding hitting coach. In the last eight years he has evolved into a total baseball coach. He’s been ready to be a head coach for a while, he’s just needed the right opportunity.”

The two were together five seasons at South Grand Prairie, where McGhee said Senato taught him even more about being a complete head coach.

“He allowed me to do more and more in preparation for me becoming a head coach, things such as sitting in for parent meetings, booster club meetings, helping to order equipment, planning and running practices, etc.,” he said.

McGhee grew up in a sports family. His mother played basketball at Louisiana Tech and was a high school basketball coach for the first several years.

“She told me later she knew I’d be a coach because I would sit on the bench during practices and games and just watch what was happening,” McGhee said.

Ironically, once he finished playing college ball at LSU-Shreveport, McGhee said he was done with baseball. He worked as an operations manager for two years and found being in an office every day wasn’t for him.

A Return To The Diamond

He was a multi-sport athlete in high school in Monroe, La., earning all-state accolades twice in baseball, with his baseball team making two state tournament appearances and losing in the title game his senior season. He’s also coached basketball and football, with baseball always being his first sports love.

But above all, he said he takes the most pride in getting his master’s degree in sports management and certificate in sport administration.

And now, he is taking over as a new head coach amidst the COVID-19 pandemic. He thinks the virus will be under control before the spring 2021 season begins.

“This has been such an unprecedented year. I have thoughts and ideas about how I want to tackle the fall, but there are still so many uncertainties. The most important thing will be getting to know the players and their families,” he said, adding of the spring, “Baseball is unique anyway, with little person-to-person contact. It easy to social distance.” 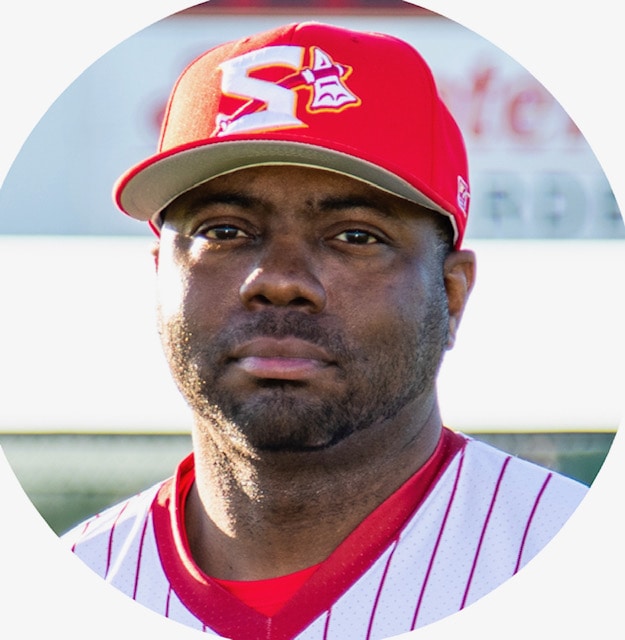