LANCASTER—The Lancaster Tigers are set for a district championship showdown against the number one team in the State 5A classification this week after a dominating 49-14 win over the Mansfield Timberview Wolves on Friday night.

The Tigers turned the ball over to Timberview early in the first quarter of play on a dropped punt. However, this would prove to be a huge turning point as they had no more turnovers for the remainder of the game.

“Our team did a great job of responding to adversity early in the game,” Gilbert said. “Once the team settled into the game, they executed very well on both sides of the ball.”

The Tigers defense stood out again as they forced Timberview to punt on all, but two, of their drives the whole game.
“Our defense has been strong all year,” Gilbert said. “This game was no exception as they continued to be dominant and help our offense have more opportunities.

The Tiger offense has been putting up large numbers the last few weeks. Tre Bradford led the offense and had a career night (11 carries for 203 yards) with touchdowns runs of 2, 77 and 90-yards. Karon Neblett contributed two scores, Ketron Jackson exploded for an 87-yard touchdown reception at the end of the third quarter and Da’Qualen “DQ” James added one in the fourth.

“We worked hard in practice this week,” Bradford said. “It was great to see how our hard work during the week paid off. We were able to limit our mistakes and put points on the board for a big win.”

After a disappointing season and not making the playoffs last year, the team has been focused on what they refer to as a “comeback season.”

“We knew this was a key game to help us meet that goal and the players responded well,” Gilbert said. “We are happy to be back in the playoffs.”

This week, the Tigers will take on the Highland Park Scots. This road game could possibly be the District Championship. Highland Park is ranked as the number one team in the area while the Tigers are at number nine.

“This is a huge game for us in a big time environment,” Gilbert said. “We have a great opportunity to go over and play a storied program with a lot of hardware.”

Gilbert went on to say this game will help prepare his team for what is to come in the playoffs.

“We are encouraging everyone from our district to pack the stands this week in Highland Park,” Gilbert said. “This game will give our players a chance to get a true sense of what the playoffs will look like. 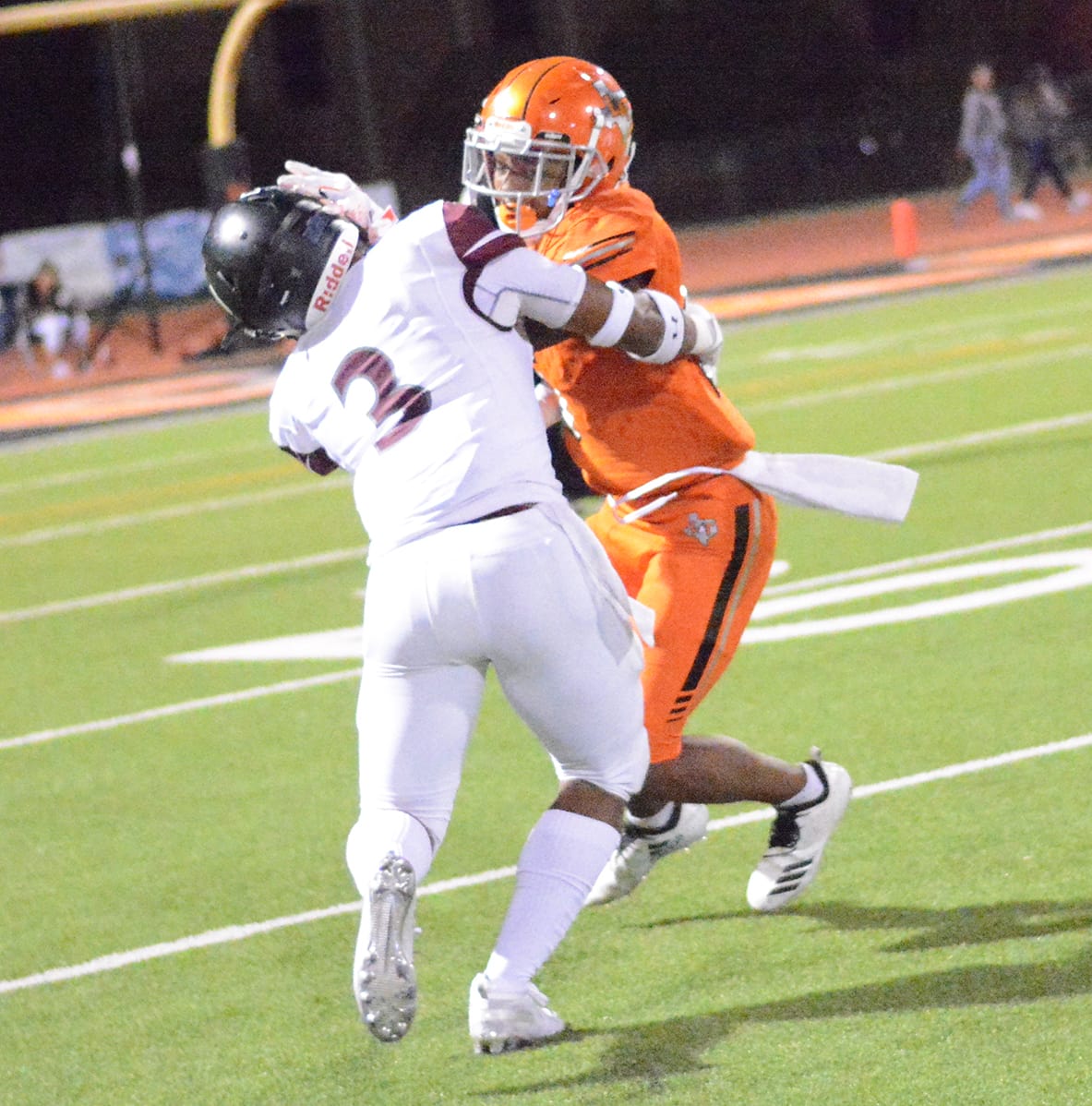