While most critical reviews of STXfilms’ “My Spy” have not been great, I found the action/adventure/comedy film to be a lot of fun. Of course the plot has been done and redone many times before, (remember Kindergarten Cop?). But the chemistry between hardened CIA operative JJ (Dave Bautista from Guardians of the Galaxy) and young Sophie (Chloe Coleman) was really good. It was easy to root for both characters.

I also relished not having to worry too much about something horrible happening to any of the good guys. It seems like most of the films I’ve screened recently have killed off at least one of my favorite characters. With nothing but depressing news on TV, I was more than ready for a break from reality. I was happy to sit through familiar plots, pratfalls, and some witty dialogue for a change.

International spy JJ has been demoted, after killing off all the terrorists he’d been sent to get information from and returning empty handed. He’s unhappily sent to run surveillance on nine-year-old Sophie and her recently widowed mom (Parisa Fitz-Henly). Kristen Schaal adds comedy relief in the role of JJ’s eager but clumsy tech support agent/partner Bobbi. CIA agency head Ken Jeong orders the surveillance because Sophie’s terrorist uncle may try to make contact with her mom. He is attempting to find a nuclear device hidden by his late brother.

It only takes a few minutes for technically proficient, precocious Sophie to discover the agents have planted cameras in their Chicago apartment. It takes her even less time to locate the agents in their nearby apartment. Sophie doesn’t want to blow their cover, but wants to learn how to be a spy herself. JJ reluctantly agreed to spend time with her, and is soon won over by her charm.

“My Spy”is rated PG-13 (for action/violence and language), and runs 101 minutes. It is directed by Peter Segal, and written by Erich Hoeber and Jon Hoeber. The film opened wide in theaters April 17, and will be released on disc and streaming platforms June 26. 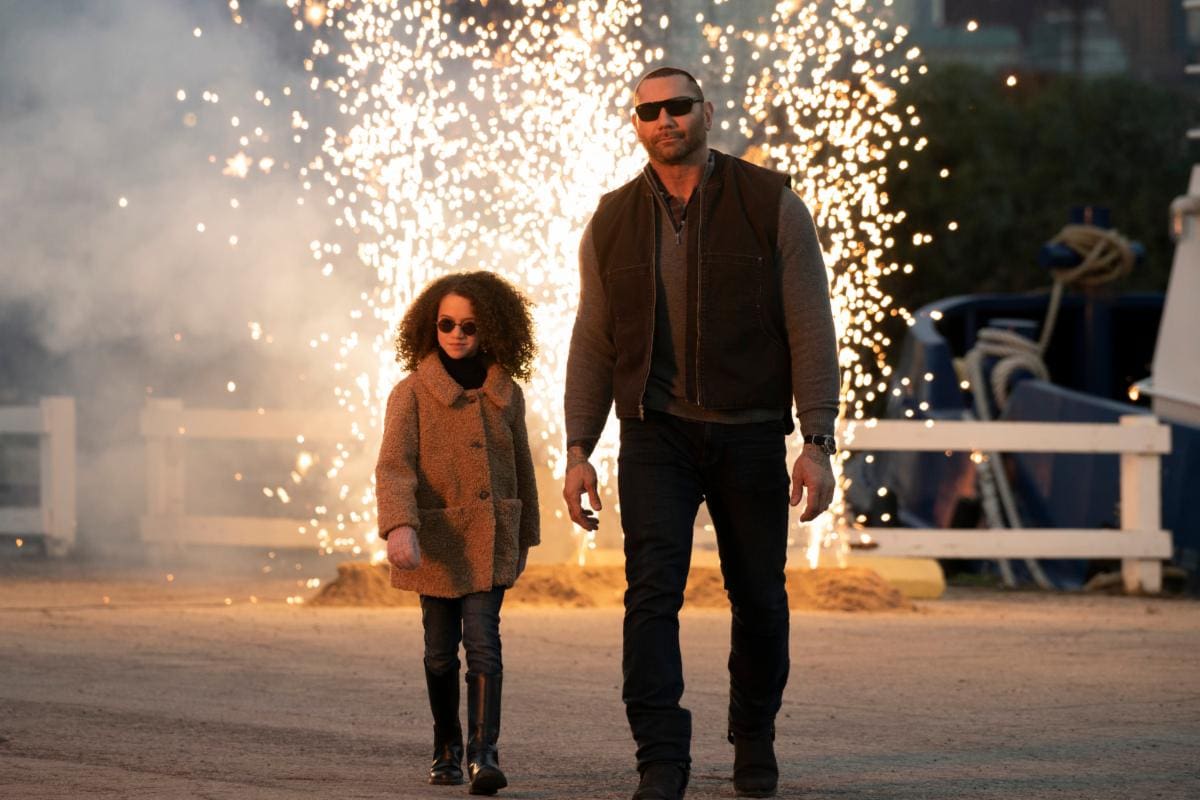