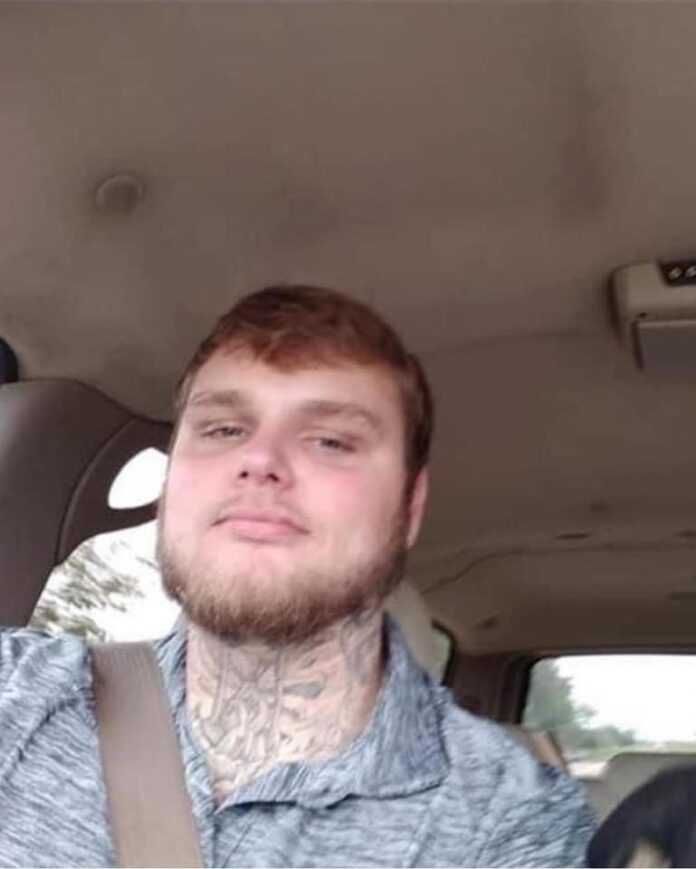 It’s been two weeks since Ellis County authorities discovered the body of 29 year old Jordan Van Hoffman in Ennis, TX. But two weeks feels like a lifetime for the friends and family of Hoffman, while the suspect, Trenton James Adams aka Trenton Hector remained at large.

This morning authorities announced the suspect, Trenton Adams, was arrested at an apartment in Houston. Adams was taken to the Harris County Sheriff’s Office and will later be transported to the Ellis County Jail in Waxahachie. Officials say Adams will face a murder charge in Hoffman’s death.

The recommended bond is $1 million, but Adams is also wanted on a parole violation, for which there is no bond.

Hoffman was reported missing on March 20 after reportedly leaving to take a truck back to a friend in the Waxahachie/Ennis area.

On March 24, around 4:20 pm the Ellis County Sheriff’s Deputies were dispatched to 6900 Block Ensign Road in Ennis, TX 75119 responding to a report of suspicious activity. The reporting party stated he believed he’d discovered a human body on the property. Because of the nature of the call, Ellis County Sheriff’s’ Office Criminal Investigations and Ellis County Crime Scene responded with assistance from Department of Public Safety- Texas Rangers.

Ellis County Justice of Peace declared the body was deceased and ordered an autopsy. The body was transported to the Dallas Medical Examiner’s Office. On March 25, Thursday, the body was identified as that of missing Waxahachie man Jordan Van Hoffman. The Medical Examiner determined the cause of death was homicide.

From Jordan’s obituary, “Jordan was a happy-go-lucky, hard worker who loved being a dad. He had a huge heart and loved his family unconditionally. Jordan loved the outdoors. Camping, fishing, welding and bull riding were some of his favorite activities. Jordan graduated Waxahachie High School with the Class of 2010 and was employed by Taylor Shiflet A/C. He was an extraordinary man who will be greatly missed by all who knew and loved him.”

On Thursday, April 8th, 2021 at approximately 0800 hours (8:00am), Trenton James Adams was apprehended in an apartment complex in Houston, Texas by the Houston Police Department.
Adams is currently being transferred to the Harris County Sheriff’s Office for arraignment.

Once he is arraigned, Adams will be transported to the Ellis County Jail in Waxahachie, Texas, where he will be booked in for the Murder of Jordan Von Hoffman.