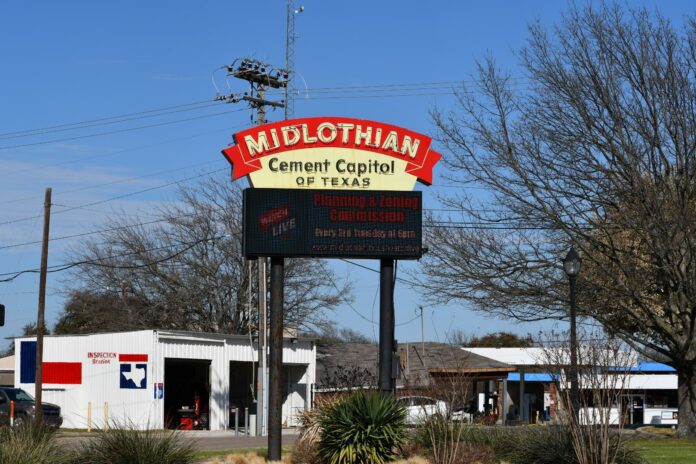 MIDLOTHIAN – If you want to get a first-hand confirmation of the growth in Midlothian and Ellis County with an eye toward how the entire area is being noticed, two items on a recent City of Midlothian council meeting agenda might be of interest.

The bonds went out to the market early last week with FMSbonds, the underwriter for the transactions, and McLiney said “These items on the agenda are the culmination of the sales and was what was approved with the service and the assessments, but the bond sale comes to fruition right now and gets this development really moving forward.”

The $23,796,000 million neighborhood improvement district bonds in Area #1 were termed up by FMS during the transaction and will be outstanding until 2051 according to McLiney. FMS also lumped the bonds together to get more interest from the investors.

One important item to note for an understanding of these type of “dirt” bonds and the difference from city bonds is there is a bit higher interest rate since the dirt bond is a land-secured bond that is part of a “local infrastructure financing method used to fund real estate improvements and infrastructure projects for both new and existing communities.”

The dirt bond also comes at the beginning of a project when there is no taxable value yet.

McLiney said while all this was noteworthy, the big takeaway from the transaction last week was the fact that while “typically with these bonds we have had great success with Goldman Sachs, Franklin Funds, etc.… in this case they put orders in for all of them, but what I found interesting today is these other large investors they also put in orders.”

Midlothian A ‘Target’ For Growth

Wondering what made all the investors so interested, McLiney said in conversation with the folks at FMS he learned “they are liking the fact about what is going on in Ellis County. The development that is happening not only residential but also commercial, the fact that it is very difficult to keep driving north to other developments and they really see Midlothian as being a real target.”

He said this type of environment is something these mutual funds wanted to be invested in now.

“I did think that was interesting because the last several PID bonds I haven’t been getting those other funds to step in and in this case, they put in orders for several of them,” McLiney added.

Midlothian Mayor Richard Reno asked about the reversals change and if it was an anomaly in this case.

“That is what I was pointing out and these are weekly flows,” McLiney said.

The second item was for roughly $9 million for the improvement areas, including the arteries of some of the major infrastructure in phase 2 and 3 of the Westside Preserve Public Improvement District Major Improvement Area Project.

Midlothian City Councilmember Place 2 Walter Darrach mentioned the timetable he was looking at concerning Westside. He noted it had action that was currently happening as well as a completion for the Area #1 by December 2022. It was confirmed that the first lots in Area #1 will be delivered in December.

Westside Preserve Public Improvement District Improvement Areas #1 Project and the second Public Improvement District Project were passed in January by the city council and last month resolutions were adopted for the Preliminary Service and Assessment Plan (PSAP). This outlined what the PID will spend the money on and how much money they will collect while also filing the proposed assessment roll among other actions taken, with the next step being the issuance and sale of the bonds.

Now with the sale of these bonds and a strong confirmation of interest on investment side, Midlothian is certainly attracting big attention as both the city and Ellis County continue to make a name with steady growth and planning for the future.