GLENN HEIGHTS – The leaders in the City of Glenn Heights take public safety and transparency seriously.

Glenn Heights Director of Public Safety Keith Moore said this new advanced technology is a win for everyone.

“The goal with the City of Glenn Heights, as it pertains to public safety, is always providing our public servants the latest and best technology,” Moore said. “It is important to capture all the information to be able to do our job as efficiently as Glenn Heights’ residents expect.”

The Glenn Heights Police Department realized that when Axon upgraded their technology recently it was time the city upgraded their technology too. Moore presented the device to the Glenn Heights City Council and City Manager with an explanation of the significant changes the new device offers. These changes include an integration system that allows an officer’s body camera and car camera to synchronize, the current system does not.

The new system also saves the officer time in not having to return to the station after each incident to remove the camera and place it in a docking station to synchronize the data. The new body camera has the ability to activate when an officer draws a taser or their duty weapon. Plus, it will also turn on another officer’s camera if he reports to a crime scene with his camera off. In addition, the new camera also allows the dispatch center to monitor officers in real time for safety when needed and allows other unit’s updates before responding.

Moore said while the new camera is the latest technology, one of his favorite features is the real time map, which makes every camera trackable. 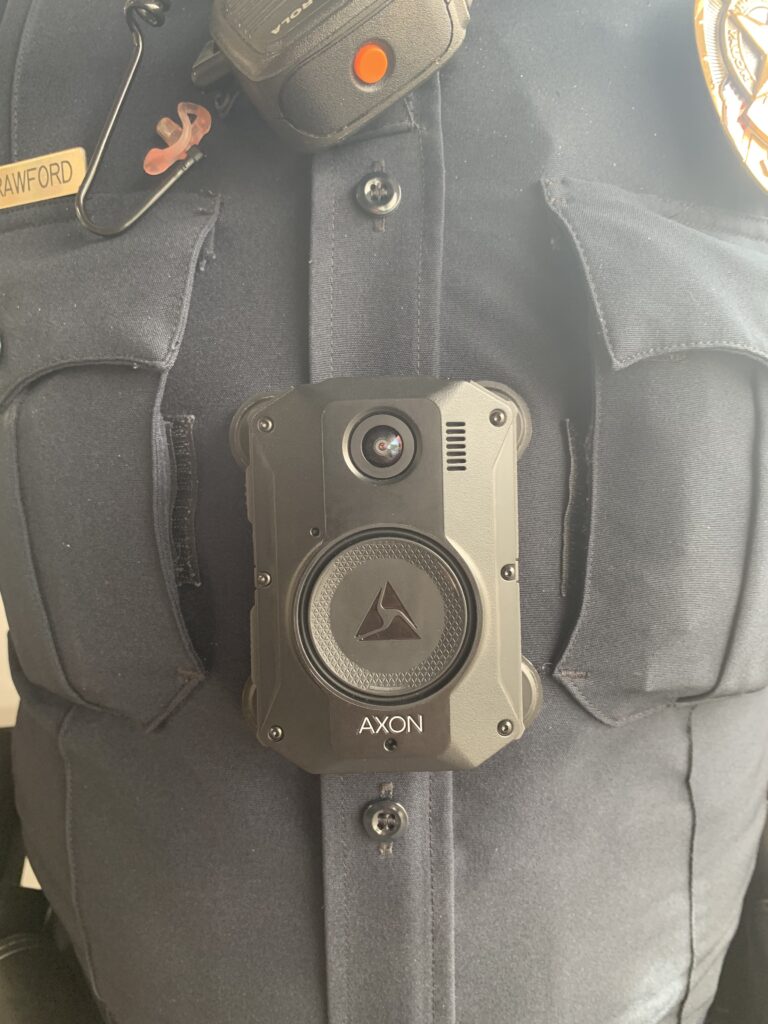 “Police departments across the nation are operating under an increased level of transparency and we are no different,” Glenn Heights Deputy Police Chief Nick Bristow said. “The citizens have a right know what we are doing. I think if you polled the officers here in Glenn Heights or anywhere, most of the officers are going to embrace this technology and be glad they have the device.”

A day after the cameras deployed, Bristow had the chance to use the new technology while sitting at his home and watching an officer on a call.

“I was able to see exactly what the officer was doing, and it gave me a lot of insight, it was very helpful,” Bristow said. “The fact that city leaders are investing in this technology – even as a smaller agency and a smaller city – will help our officers function and perform at the highest level.”