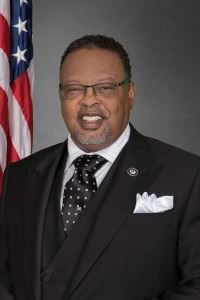 Garrett received 74.29 percent of the vote or 182 voters in Dallas and Ellis counties.

Tony Bradley, who had sat in the Place 2 seat before his decision to run received in the Mayoral race in November received 25.71 percent or 63 votes.

“I want to thank all you for supporting Harry Garrett for mayor,” Garrett said late Saturday night after unofficial results were calculated. “I am humbled by the outpouring of support. It goes without saying all things are possible to him that believes.”

Garrett has served as the city’s mayor since his special election victory against Sheena Morgan earlier this year. The election came after the removal of former Mayor Leon Tate in September 2018.

Garrett received endorsements from the Glenn Heights Police and Firefighters Associations. He is a local pastor who has lived in Glenn Heights 12 years.

Bradley, a military veteran, served as acting mayor until the February special election.

Glenn Heights is in both Dallas and Ellis counties.

There were originally four candidates for the mayor’s seat, including former Mayor Leon Tate. Both he and newcomer Robert Rodriguez were defeated in the November election against Garrett and Bradley.

The runoff election was required because a win requires candidates to receive over 50 percent of the vote.

Garrett had emphasized during the campaign he is a strong supporter in “complete transparency.”

“We will continue working together to make Glenn Heights the jewel of the southern sector,” Garrett concluded. “I want to congratulate Mr. Tony Bradley for having run a hard-fought campaign. Again, thank you all so much.”