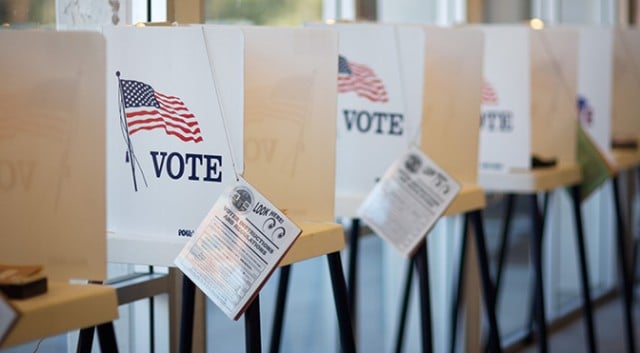 GLENN HEIGHTS—When no eligible challengers came forward by the August 22 deadline, it looked like the city’s General Election would be cancelled. In Glenn Heights, the mayor’s seat and council places 2, 4 and 6 are up for grabs.

Unfortunately, the candidate that came forward to run for the Place 4 seat was deemed ineligible, due to residency requirements. There were similar issues with the mayoral challenger. But Graham S. Weatherspoon II didn’t give up.

After some legwork he was able to meet the deadline for a write-in spot on the ballot this November.

“I decided to begin the process to become a mayoral candidate,” Weatherspoon said. “I was met with different challenges and obstacles along the way – one being residency.”

Due to his military service, Weatherspoon was a registered voter in Collin County and that almost cost him his chance to serve. He counts his candidacy as a small miracle. He explained that he rectified the situation with just one day left before the registration deadline to become a write-in candidate.

“By the grace of God I received my voter registration for Ellis County and my disqualification letter from the City of Glenn Heights [on the same day]. I then had renewed hope that there was a chance for me to run for Mayor. I called the Texas Secretary of State, Elections Code office and its lawyers to make sure I did not misinterpret the text. It was then confirmed I was eligible and had until 5 p.m. the next day to register.”

Incumbent Mayor Leon Tate is also vying to try to hold on to his seat. Tate has sat in the mayoral seat since January 2013. Former Mayor Victor Pereira had to abandon his post when his job relocated him to Boston, Mass, and Tate succeeded him. Tate then won re-election in November 2013.

“The write-in candidate name will not appear on the ballot, however, it will be posted on a piece of paper inside the book advising the voter that they do have a declared write-in candidate and the name,” Pippins-Poole said. “This is not uncommon for any elections that we have administered.”

Incumbents Tony Bradley in Place 2, Ron Adams in Place 4 and Glenn George in Place 6 are running unopposed and will keep their seats another term.

The City of Glenn Heights General Election will be held on November 8, 2016.