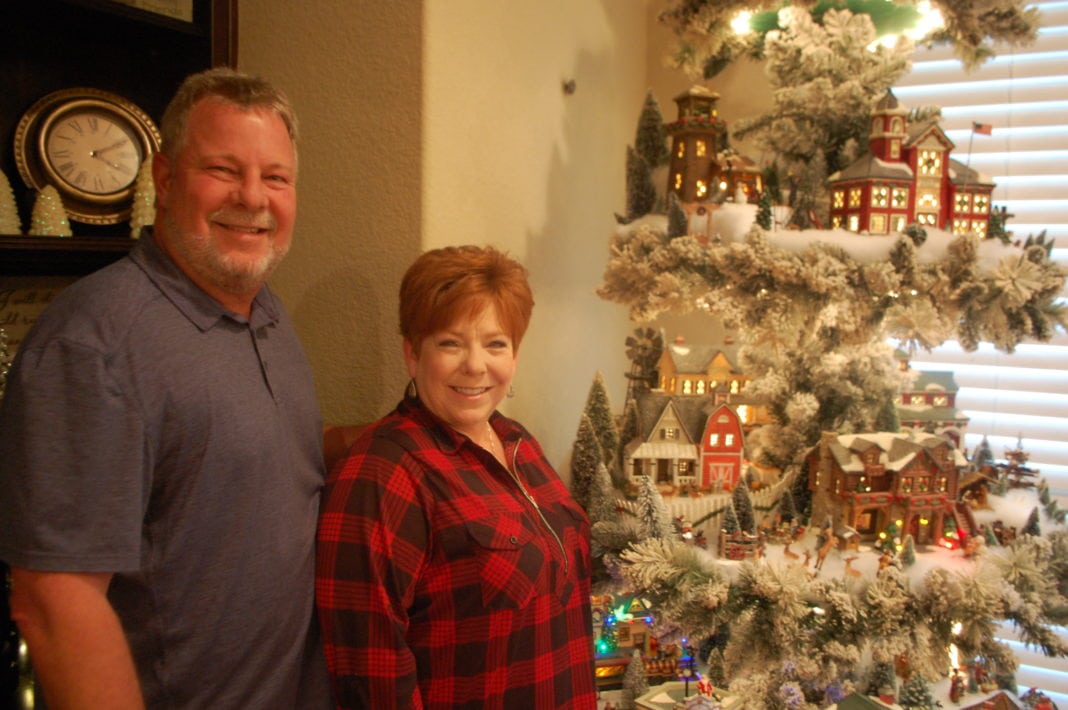 DeAnn and Allan McDonald didn’t set out to create a 10 1/2 -foot-tall Christmas tree village. The idea and the vision grew along with their holiday collection.

“The goal was to buy one special piece a year,” said Allan McDonald, public utilities manager for the City of DeSoto. “Then we started buying three and four a year.”

Soon the Midlothian couple’s collection had grown to 19 ceramic buildings and DeAnn McDonald was looking for a unique way to display them.

“I saw something four years ago on Pinterest,” she said. “It had a village on an end table, but it was going up.” Late one night in 2017, she started explaining what she saw and her own vision of creating a Christmas tree village to her husband, who wasn’t getting it.

“I got out of bed, drew it up and explained it to him,” said DeAnn McDonald, who works in the auditing department at an accounting firm. “We discussed it for the next three hours.”

A trip to The Home Depot, a deconstructed flocked artificial Christmas tree, five platforms cut out of fiberboard, a weekend in the workshop and the Christmas tree village was born.

“We got it done and he went hunting,” DeAnn McDonald remembered, and then she added some more improvements, putting lights on the bottom of each layer so that all of the buildings could be seen.

Each layer is just a little bit smaller, from a 4-foot circle on the bottom to an 18-inch round on the top. All are covered in white batting and have elevations on each level so the houses and scenes can be seen. Each layer is ringed with flocked greenery and there’s a 2 ½-foot tree on the top.

A Christmas Creation With Meaning

DeAnn McDonald says she moves the buildings around each year, but they all stay on their assigned platform. Each building has a special significance for her, from the pizza shop (she makes pizza that draws the entire family home), the pie shop (for her mom and sister who love fried pies), the ranger station (for her brother in Colorado) and the little church that is always on the top platform.

There’s a train station with a train that moves, a coffee house, bicycle shop, Christmas tree farm, schoolhouse and a farm. Then there’s all the miniatures to see, the snowball fight, the farm animals and the people shopping.

The key to making it look realistic, she says, are the elevations on each level and all of the trees that she tucks inside. Her houses are mostly from St. Nicholas Square with a couple from Lemax, all depicting the late 1800s. There are no cars.

“People look and say ‘That’s so pretty,’” Allan McDonald said. “But if they stop and look, there is a lot going on.” The couple would like to add some more buildings, but there’s no room.

“I would love to,” DeAnn McDonald said. “But I would have to retire some of these pieces and I love them too much.”

Putting the tree together takes a full day, they said, from putting the layers together to climbing on a ladder to reach the top and crawling on the floor to get to the bottom layer.

People Want To Know How Did They Create The Village?

This year DeAnn McDonald was heading to North Carolina to surprise three of their sons for Thanksgiving. She wanted to get the tree together before she left. She stayed up until 3:30 a.m., snapped a quick picture and posted it to her Facebook page.

And that’s when more than 90,000 people shared it, across the United States and as far as Australia, many of them wanting to know how the McDonalds created the tree and if they would make one for them.

“We didn’t write any of this down,” DeAnn McDonald said.

Instead of trying to recreate the tree, the McDonalds have decided that they will make templates of the design and do a video to share. DeAnn McDonald says they hope to work on the templates next spring and have them available for a small fee. Anyone interested can contact her at deannmcdonald2006@yahoo.com. 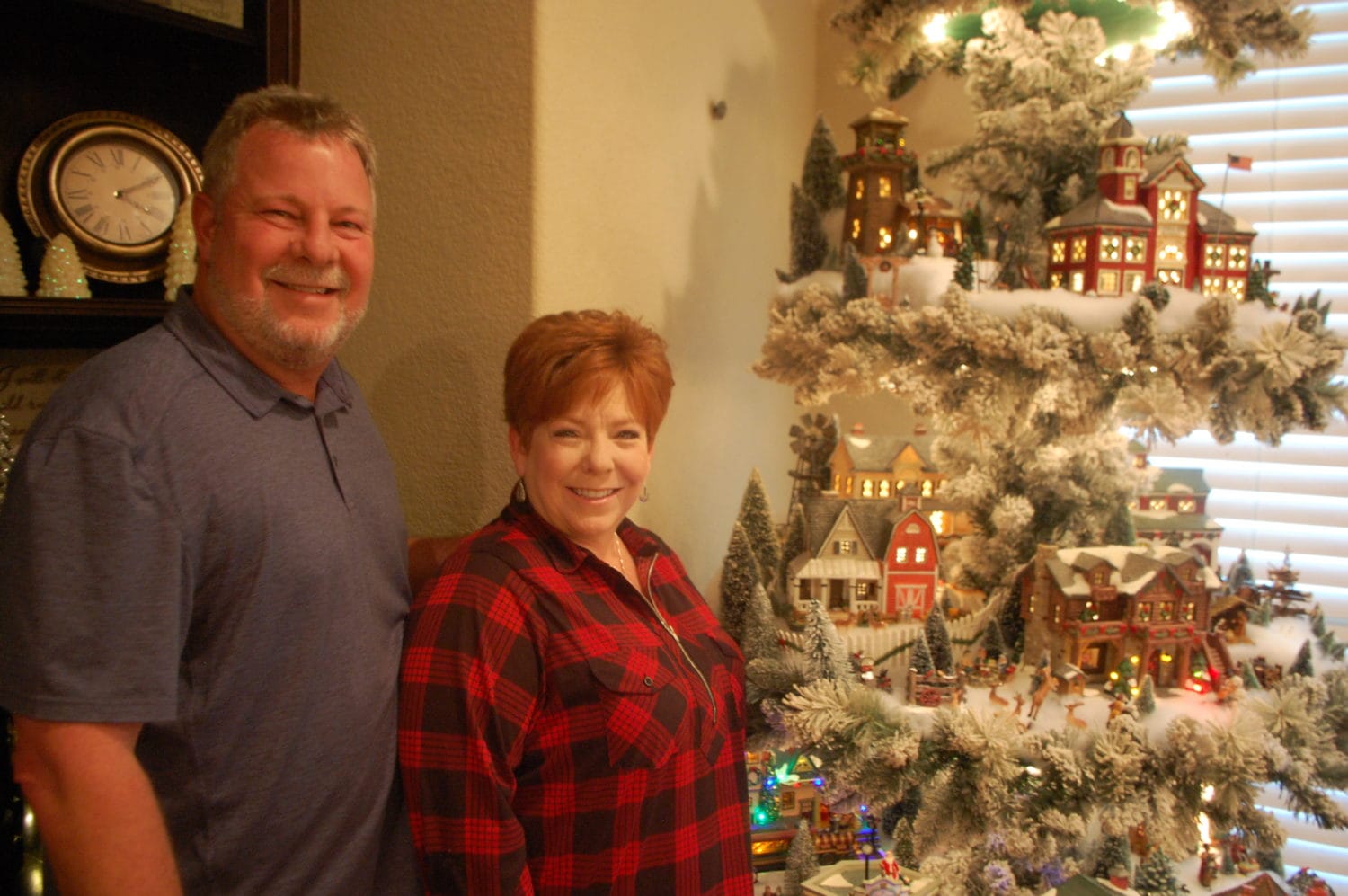