Home Commentary From The Cool Side Of The Pillow

COMMENTARY—Historians tell us that in his later years American forefather Benjamin Franklin indicated he had trouble sleeping. In the summer, Philadelphia must have been a hot city in which to live. After all, it was long before the advent of electricity or modern air conditioning. When Franklin became hot and sweaty in the middle of the night he would arise and go into another bedroom to find some cooler relief. Finally, we would go back to sleep under fresh clean sheets with his head resting on a cool pillow.

In the 1820s and 1830s, many closed store windows and businesses throughout America had posted signs that said, “Gone to Texas.” When times got a little rough, business became bad, and with creditors in hot pursuit, folks went somewhere else. Many came to Texas. Of the folks who died fighting for Texas Independence at the Alamo, only a handful were native sons of Texas. Most had come to Texas to regain new hope – to make a fresh start, forget their failures and misfortunes back where they had come from. In Texas, fate would offer them an opportunity to forge a new course in their history, and the state is all the richer for it.

With those two analogies, I will come to the main thesis of this column. Sometimes life places obstacles in our path that are insurmountable in our present location. When all that life throws our way becomes unmanageable, another location may appear to offer greener pastures. Yet, although it truly may be greener somewhere else, the water bill may be too high to pay.

On March 2nd many Texans celebrated our independence from Mexico in 1836. Nine years later, we laid down the mantle of nationhood, and placed on our brow the crown of statehood. I suspect if you ask the typical Texan about independence or statehood they will be able to recount little in the way of personally studied knowledge. The seventh grade is the last time Texas students will study or become exposed to the history of their state.

In high school, students will get one year of American History, and then may not pick up an American History text until college. There are many colleges that don’t require American History for graduation, and some prestigious universities don’t have Departments in American Studies or Western Civilization. Yet students are encouraged to take classes in the American Labor Movement, Black Studies, the Feminine Movement and Mexican Studies.

This is not to indicate that these particular studies are not fields of importance. It is to express the opinion that learning could be enhanced in these studies if the student had been exposed to a better understanding of their own country’s history. It seems as though some are ashamed of their country and there is no merit in knowing her history.

Honoring The Past, Preparing For The Future

Each year students in many foreign countries are rated in their knowledge of math and science. For the last decade the United States has not made the top ten. Last year, the U.S. was nearly out of the top twenty. I cannot imagine what their scores would be like in American History.

For the last several years, I taught college history classes. Many times the students who make the highest grades in my class are from Nigeria, Korea, Thailand and other foreign countries.

But how can we as a people of such diversity know where we are going, unless we know where we have been? Are we going to make the mistakes of the past over and over again? Things like a common language and a historical direction and understanding of our past are the cohesive ingredients that keep the fabric of our nation together.

America is by no means a perfect nation. But rather than punish a people by ignorance of those imperfections or a genuine recognition of the accomplishments, we need to remember those successes and seek ways of doing a better job of promoting this great state and nation.

Nothing is accomplished without failure. The pioneers, settlers, farmers, merchants, soldiers, ranchers, miners and hunters who ventured from the east across the Appalachia, then forged the great Mississippi, rumbled across the extended plains and finally topped the Rockies before reaching the Pacific, were more like us than we might think. They wanted a new chance to better themselves and raise their families, and upon their passing, leave the country a better place.

Let’s not forget their sacrifices by honoring their memory, while we learn from their mistakes and profit in the lessons taught through example.

God Bless America, the leaders who govern her and the people they serve! 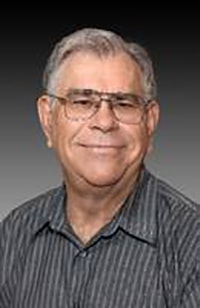