“Not My Words, Not My Thoughts, Not My Post”

On June 12 we reported on a Facebook post on the wall of Brooke Bartholomew Hurt. The racially charged post went viral as parents and community members shared their outrage. We contacted Mansfield ISD and learned Ms. Hurt had resigned earlier that day via this statement.

“The district does not tolerate any type of hateful speech or behavior and takes these types of situations very seriously,” the statement said. “The employee in question has since resigned and no longer works for the district.”

A few days after our post, a few Facebook users commented with what they claimed was a “public statement from Mrs. Hurt”. This is what they shared:

“As many of you know, a horrible, despicable post was screen-shotted and made to look like it came from my Facebook account. Not only do I find the racial statement that was made to be abhorrent, it is hard to think of anything more opposite of my personal views. Those are not my words, not my thoughts and not my post. To be clear, I have friends and love people of ALL races. The words used in that post do not belong the the heart, mind or mouth of a child of God. I did not post that statement.

I am not sure how my Facebook account was compromised. As soon as this offensive post was brought to my family’s attention, we filed a police report with the Arlington Police Department and an investigation has begun.

I have made all online activities available to the Arlington Police Department for their investigation. I did shut down my Facebook account when this first surfaced because of the hateful and threatening communication I was receiving. The police department told me my account needed to be open so that they could most thoroughly investigate the case, so I re-opened my account, changed security settings and temporarily changed my profile name because of the threats of physical harm I was receiving (I cannot change my profile name back for 60 days).

If you do not know me, I ask you to consider these two things before passing judgement:

1) Please consider that I called the police and have opened up all my online activity for their review. Please allow time for this investigation to show what took place and who is responsible.

2) Please consider that this lie (the post attributed to me) cost me my job. Even if you do not know my character, what kind of person would post such a blatant, hateful comment publicly on social media? Do you believe that any employee of a school district would think they could post something like this without losing their job?

If you know me personally, you know those words are not in my heart and I could never post them.”

We have not been able to reach Mrs. Hurt and confirm this statement is hers. However, we have confirmed the Arlington Police Department has received a report alleging her Facebook account was hacked.

After the post went viral on Facebook, many users suggested people contact the Vine Fellowship church, where Hurt’s husband is an associate pastor. However, the church had suspended their website and social media channels. The website is back up with “limited access because of the hateful attacks on our church staff and church members due to a post that was posted on one of our member’s Facebook Page.”

Vine Fellowship’s Statement: On Thursday, June 11, a hateful and racist statement was posted on the Facebook page of Brooke Hurt, a member of Vine Fellowship. The words in that post are an outrage to me, our staff, and every leader and member of our congregation. We are horrified that anyone would write such disgusting and abhorrent words in an attempt to incite racial hatred in our community, and we are deeply saddened by the pain many people felt as they read them. We want to make it perfectly clear that these words do not represent our beliefs, nor do they represent our hearts. We are also convinced that Brooke did not write them.

When the post was brought to our attention, we immediately set out to discover what had happened. Brooke told us emphatically that she did not, nor would she ever write such horrible, hate-filled words, and that the post must have been written by someone who hacked into her account. Unlike many in our nation today, it is our conviction that no one should be considered guilty of an offense without having the opportunity to defend themselves. Fundamental fairness demands as much. Therefore, we chose to allow a few days to collect and carefully inspect all the evidence. The following points express what is in the hearts of our church family and what the evidence shows actually happened with Brooke’s Facebook account.

We carefully and objectively examined the evidence of whether or not Brooke’s Facebook account was compromised. We found two compelling pieces of evidence that convinced us that her account was most definitely hacked, and that the racist post on her page was written by the person who hacked into her account. As a congregation, we fully stand behind Brooke as a person who has never demonstrated racist attitudes in word or deed, and the evidence we found undergirds our support for her.

Vine Fellowship states the Arlington Police Department has launched an investigation. This story is developing and will be updated with new information when it becomes available. 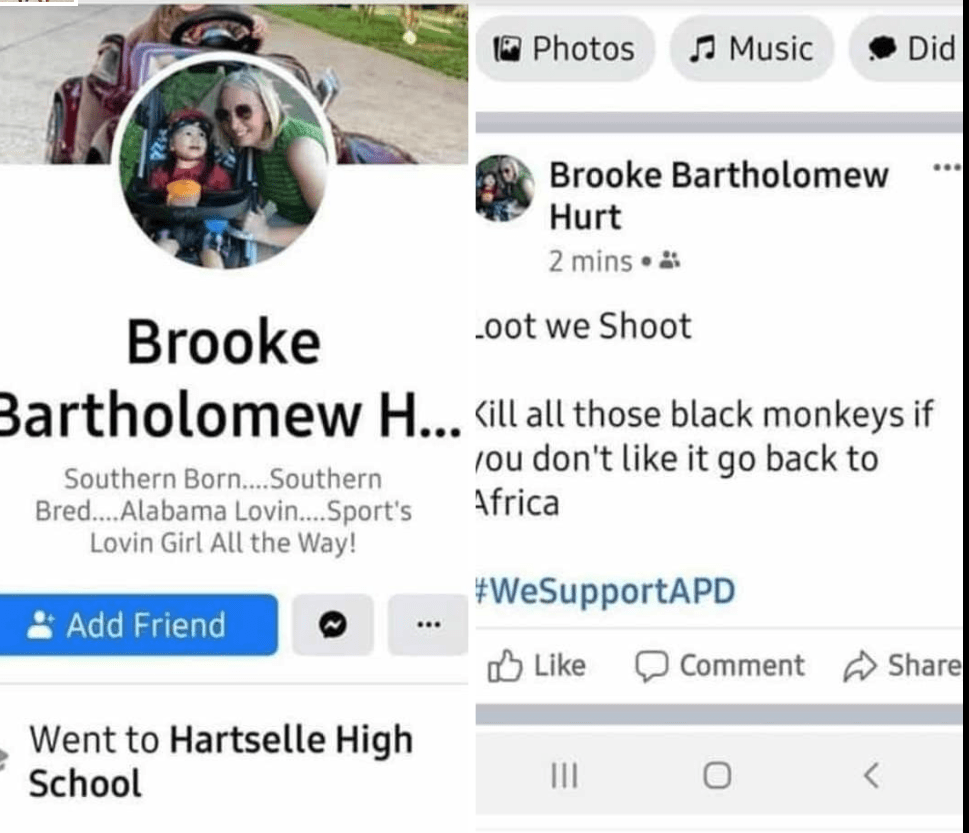 COVID-19 Leads To Cancelation of 2020 State Fair of Texas