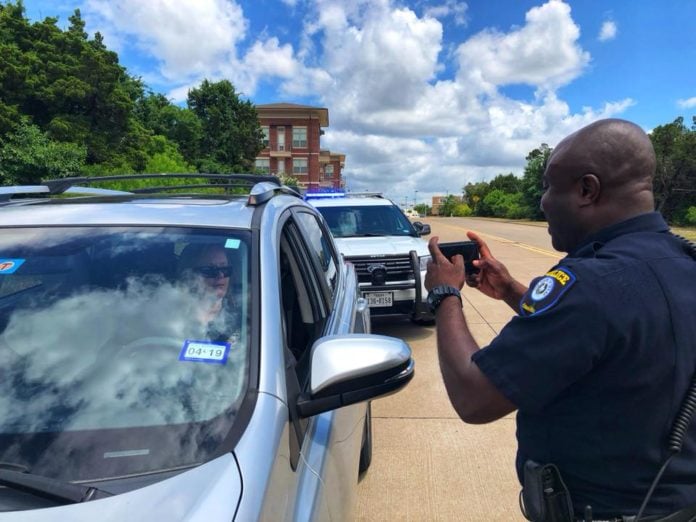 CEDAR HILL—Local police hope the possible threat of social media shaming will get Cedar Hill motorists to slow down. A Facebook post by the Cedar Hill Police Department announced the start of a fictitious initiative to curb neighborhood speeding.

“Beginning this Friday, officers will begin taking photos of drivers who are caught speeding and posting them to our social media platforms; Facebook, Twitter, and Instagram. Much like other departments use photos of theft suspects to deter incidents of theft, we believe the use of drivers’ photos who are caught speeding will have a similar effect.”

The faux media release went on for three paragraphs touting the advantages of these ‘teachable moments.’ However, by the fourth paragraph the post’s true intentions are brought to light.

“… we’re not really going to post photos of drivers to our social media platforms. But we do hope that feeling of fear and anxiety you had when you read those words above, motivates you to watch your speed.”

Traffic deaths have been on the rise in the U.S. for the last few years and experts can’t agree why.

“The photo we never want to post is one asking for ‘thoughts and prayers’ after someone is killed or injured in a speed related crash. Remember, we ALL want a safe community, so we All have to work together to make that happen,” the post concludes.

While some Facebook users were appalled such a program would be used, others approved of any measure to keep their neighborhood streets safer.

“I say, do whatever it takes to slow these speeders down,” said Ron K. Geddie. “The shame of a posted picture, would be a small price compared to the regrets of a fatality!”

But there was a smaller third group that read the post in its entirety.