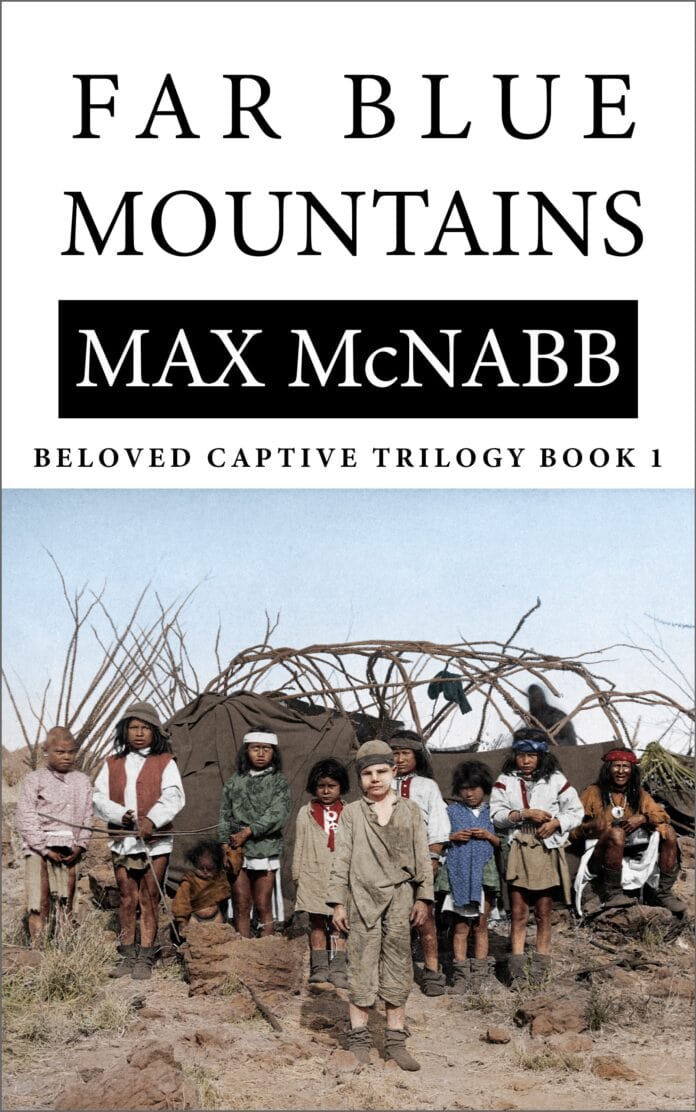 Lubbock writer Max McNabb has written a fast-paced, fascinating tale of the not-so-old West. While Far Blue Mountains: Beloved Captive Trilogy Book 1 features a cast of cowboys (or vaqueros) and an untamed tribe of Apache Indians, it is set in the Sierra Madres in the late 1920s—long after most Indian tribes had been relocated to reservations.

McNabb based his novel (part one of his Beloved Captive Trilogy) on an intriguing, stranger-than-fiction but little-known true story. A wealthy rancher’s 13-year-old son was kidnapped by the tribe as revenge for his rescuing a young Apache girl who was left injured during a raid on his cattle. The young girl was treated like a member of the family, but her people felt the need to not only revenge her loss but replace her.

During a bloody raid on the remote ranch that resulted in tragic casualties, the Apaches kidnapped young John Russell McKenna. Like the Apache girl adopted by the McKenna family, the boy becomes a beloved captive. He is raised in the remote Sierra Madre and immersed in tribal culture, until he slowly grows to become an Apache warrior known as Denali. The author’s descriptive prose propels the action forward and keeps readers turning the pages.

Back at the ranch in Sonora County, Jubal McKenna begins a relentless, all-consuming search for revenge and the recovery of his only son. I was shocked to learn there were such ferocious raids conducted by Apache tribes during the 20th century. Like most of his readers, who praise McNabb’s storytelling abilities as well as his research, I’ve been looking forward to the next installment of his exciting “Beloved Captive Trilogy.”

McNabb is a young writer and editor of TexasHillcountry.com. He lives in Lubbock, but grew up on the family farm near Ropesville. His extensively researched books include the Beloved Captive Trilogy: Far Blue Mountains, Deathsong, and Sky Burial.