Home Sports Faceoff: Duncanville Panthers Will Have Their Due

District Championship Boils down to Duncanville vs. DeSoto

DUNCANVILLE—Well, the district championship will boil down to who is victorious this Friday in a game between Duncanville and DeSoto.

My fellow sports writer, Kevin Chatman says DeSoto will be victorious and why.

I disagree. You can read why he thinks so in his accompanying column. However, I pick Duncanville to win by 7.

Both teams have weapons in their player pool. Duncanville’s true strength is its defense. Their defensive line is big and fast. DeMarco Blanton, Anthony Fullbright, Terrace Newman, and Jacory Williams are as fine interior lineman as can be found in the state.

The pressure is on the quarterback at the hike. Often times they arrive in mass just as the quarterback gets the ball. Should the QB scramble they have the speed to chase him down before he can pass or turn the corner to run.

If the runner breaks the line, defensive back Marcus Mosely and his Marauders will step up to make the tackle or disrupt the pass. Often time causing a fumble because of a hard hit.

The deep backs have tremendous speed and can keep any receiver from getting behind them. On a short down and out they can step up to help Mosely and his Marauders make the play. It is dangerous to attempt to throw deep on Duncanville.

Duncanville is naturally strong offensively as well. Senior Quarterback Trazon Connley not only has a rifle arm, but has the speed of a halfback and the strength of a fullback.

Backing up and assisting Connley is Ja’Quinden Jackson. This sensational sophomore could start at quarterback with just about any competitive team. But he assist the Panthers as a runner, backup quarterback and receiver. His second effort when he runs the ball adds additional offensive yardage.

Running back Kelion Elder is big and tenacious enough to block and quick and strong enough to run. He can make the difference in the game, especially with his soft hands in a passing situation.

Punter/Kicker Josh Delgado is the best “foot on the ball,” player in the district. Deadly when attempting a PAT and strong on the field goal up to 40-yards. His foot can make the difference in a close quarters slugfest.

“I have waited a long time for this game,” said Samples. “Now everything is aligned. Two great teams dug in to do combat. We are prepared, determined and it is our time in history.”

Game time 7:30 this Friday in DeSoto. Be there! 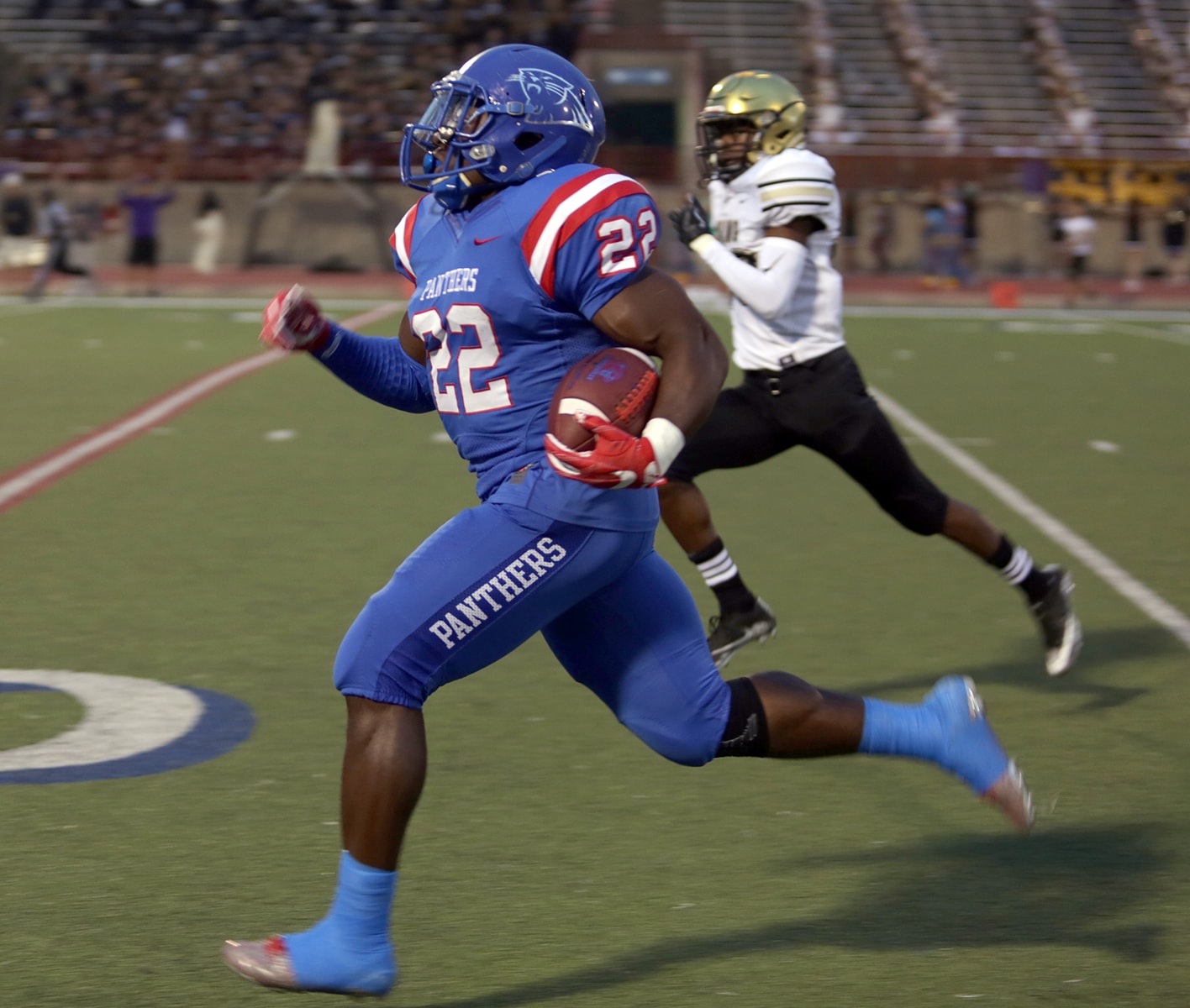